JOAKIM OJANEN creates artworks that work on our emotional constitution.

His interest in emotions, comics and cartoons led to the creation of unique figures, resembling sometimes ducks or dogs but often bearing human traits. After mainly sketching and painting his characters on canvas, he started to model them in ceramics. Lurching between animals, clowns, aliens and children the figures draw the spectator quickly into considerations about his own emotions, childhood, sadness and development. References to sports, music and society are given, mainly by the clothes of his characters.

Through his figures Joakim Ojanen evokes intense emotions, shows parts of his own which are hard to express or communicate and debates childhood as a prerequisite of humanity. 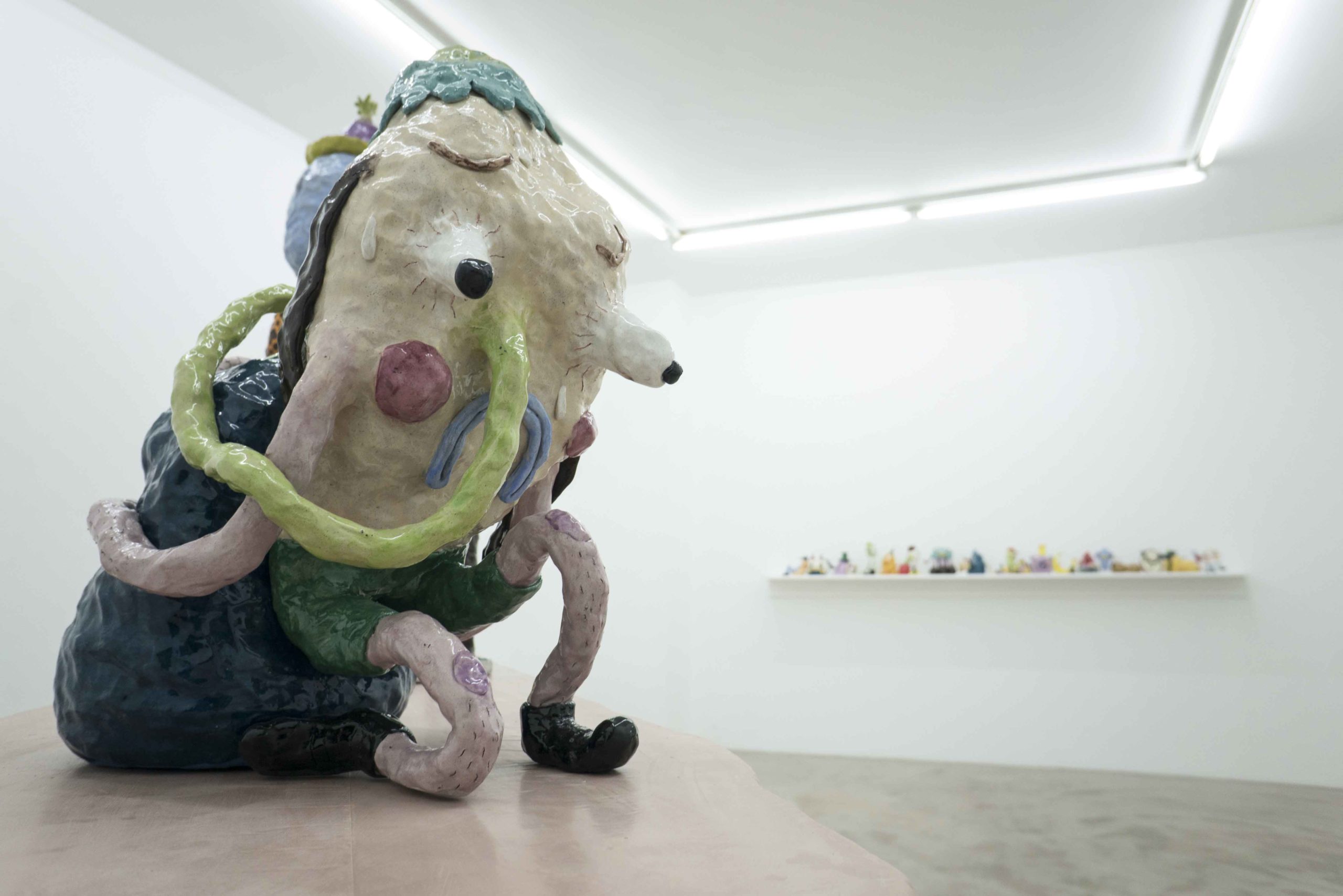 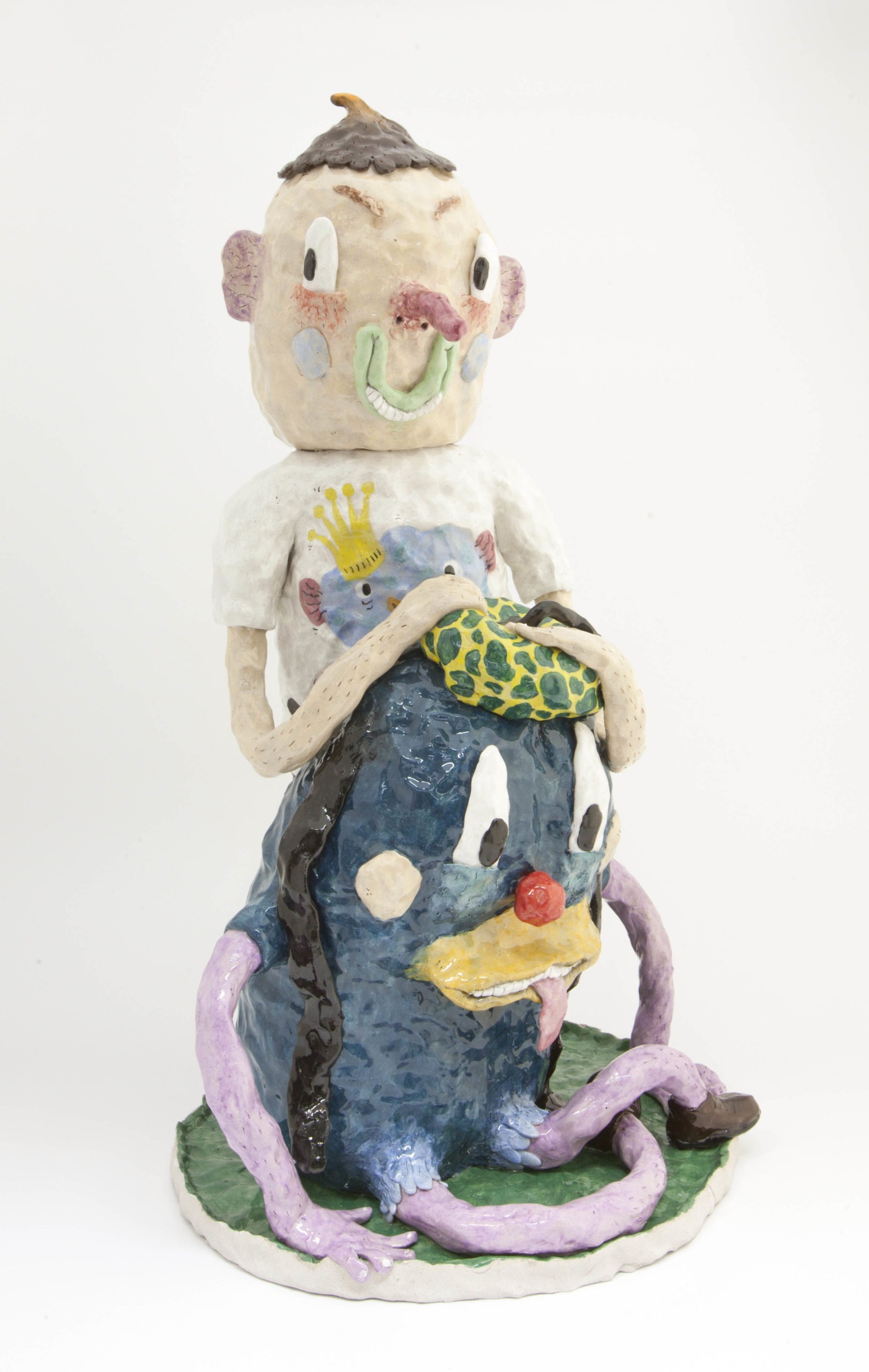 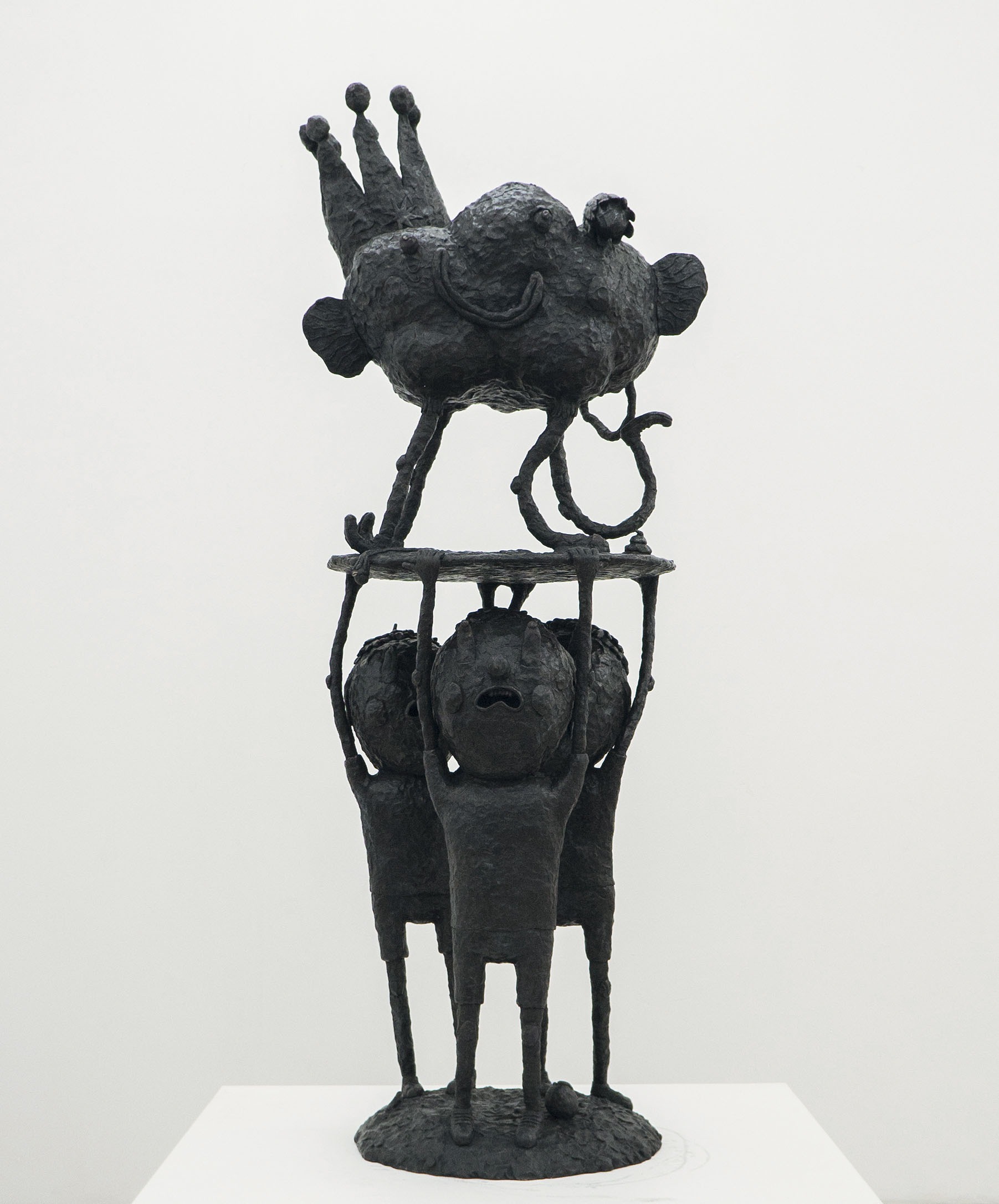 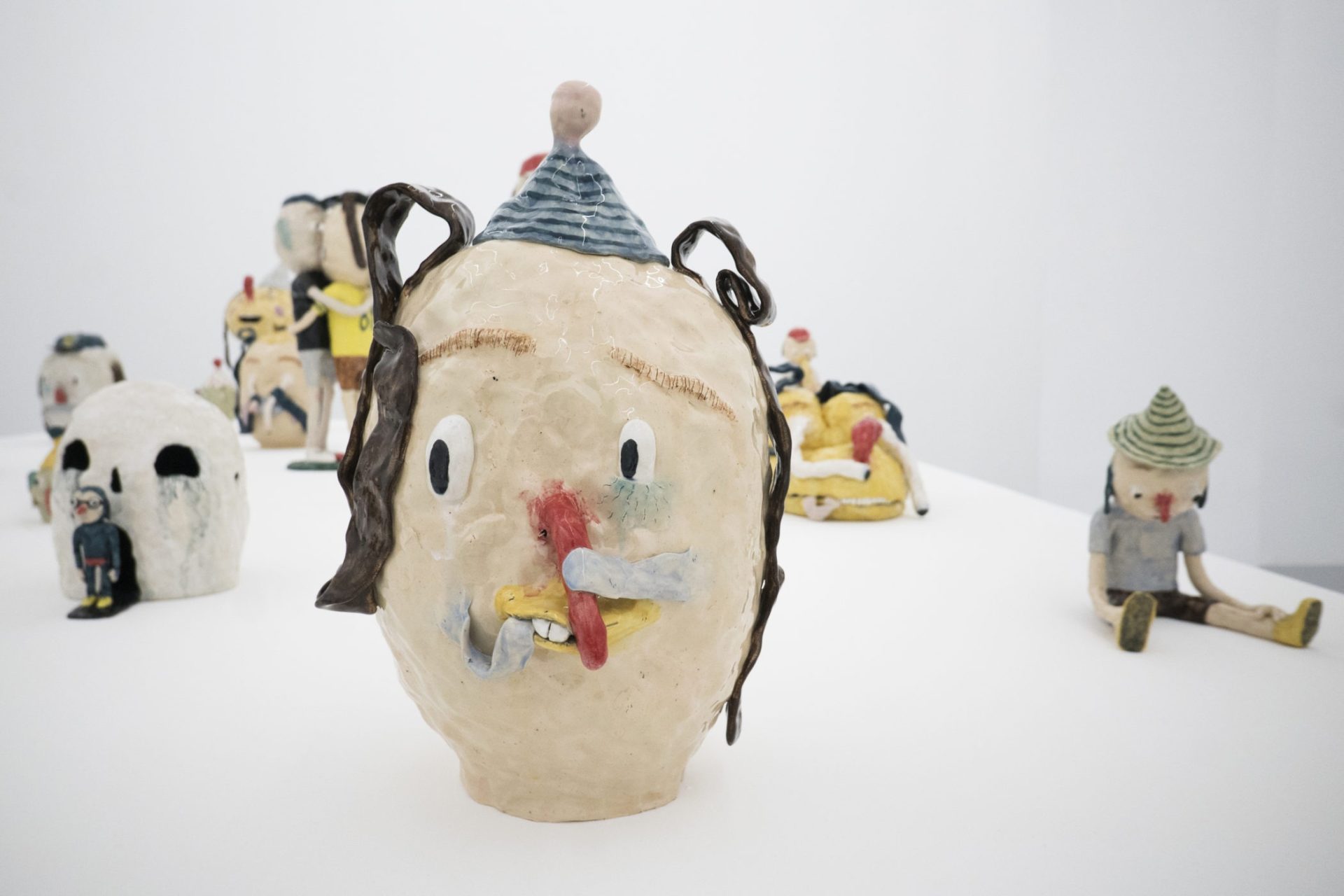 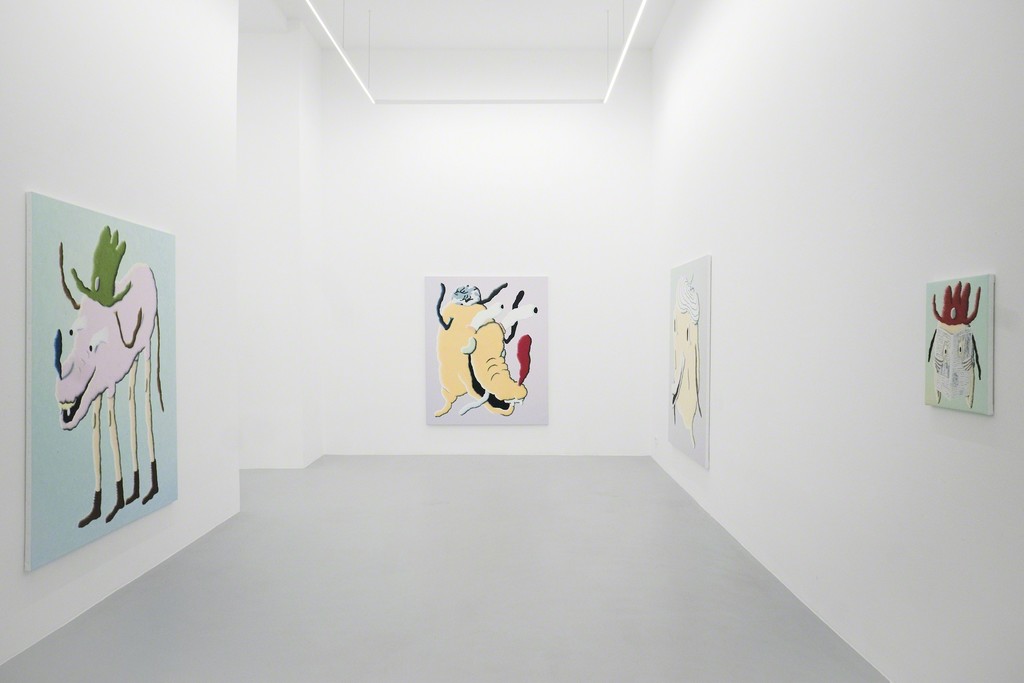