Antwan Horfee presents his first large solo show for the Galerie Ruttkowski;68 in Paris: GOONS ! – written in capital letters, like the speech bubbles of a comic book. And indeed, this title is inspired by this genre. Besides comics, B-movies also play a central role in the life of the 1983-born artist.

In his exhibition, the Frenchman combines paintings in various formats with a series of drawings. While in his paintings he refrains from the use of oil paints and aerosol and concentrates completely on ecolological acrylic, he uses only black gouache and graphite on paper for his drawings.

The paintings focus on the landscape, which both the artist and the viewer encounter through their perspective as with a camera. These landscapes, however, unlike the drawings, which tend to depict the concrete, are not formulated and geographically located, but – as a homage to fantasy films and video games – are taken from a fantastic non-reality. The assignment of colours and forms to concrete objects can and should always be attempted, but never quite succeed.

The central design element here is light, which Horfee consciously uses – not only to give his works an impression of three-dimensionality, but also to illusorize in them a spectacle that may take place outside the pictorial space: the monster, which cannot yet be seen, but whose presence is certain. Not surprise, but suspense, entirely in the sense of Hitchcock: the GOONS, of whom the title of this exhibition already warns, without themselves being visible in this show. 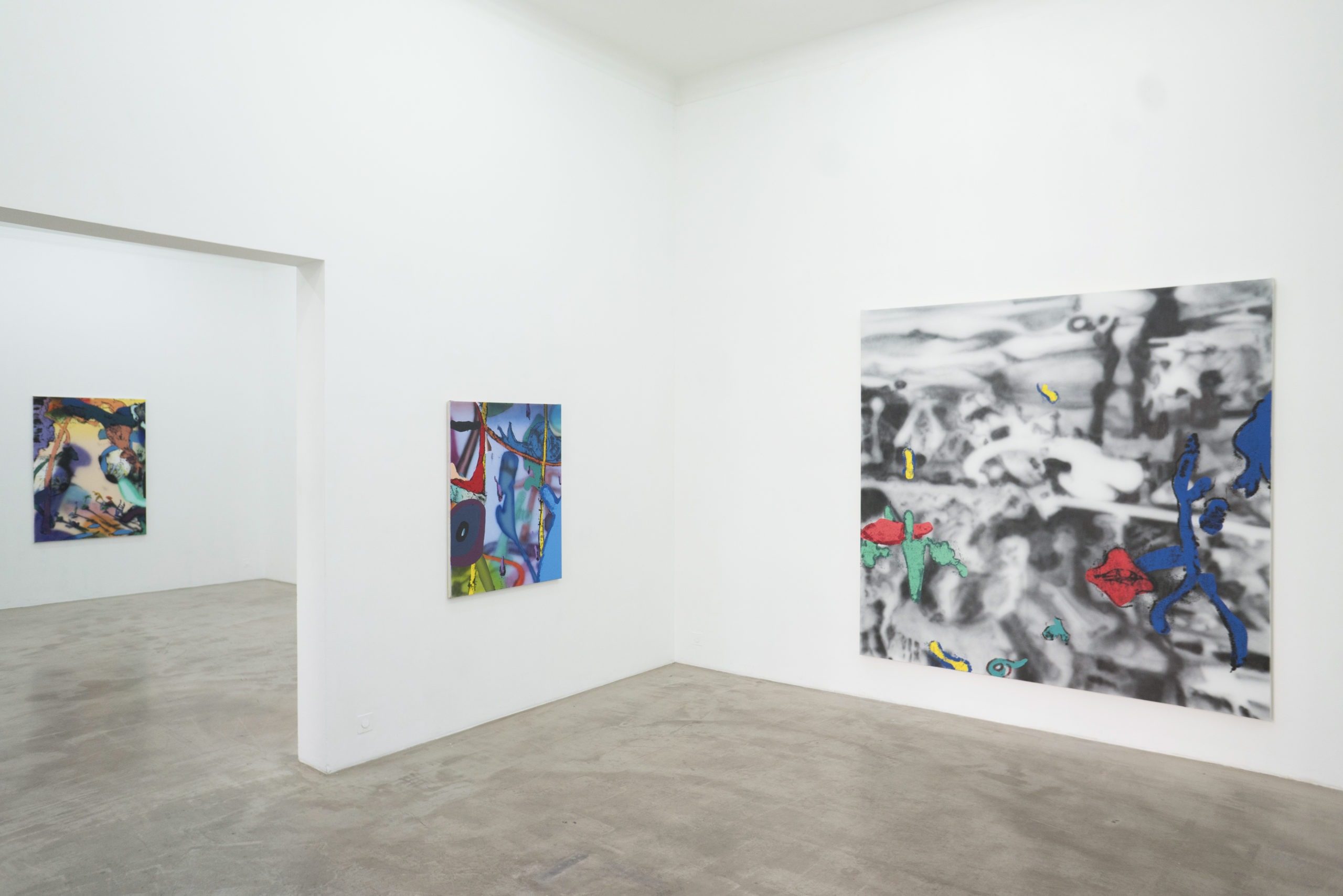 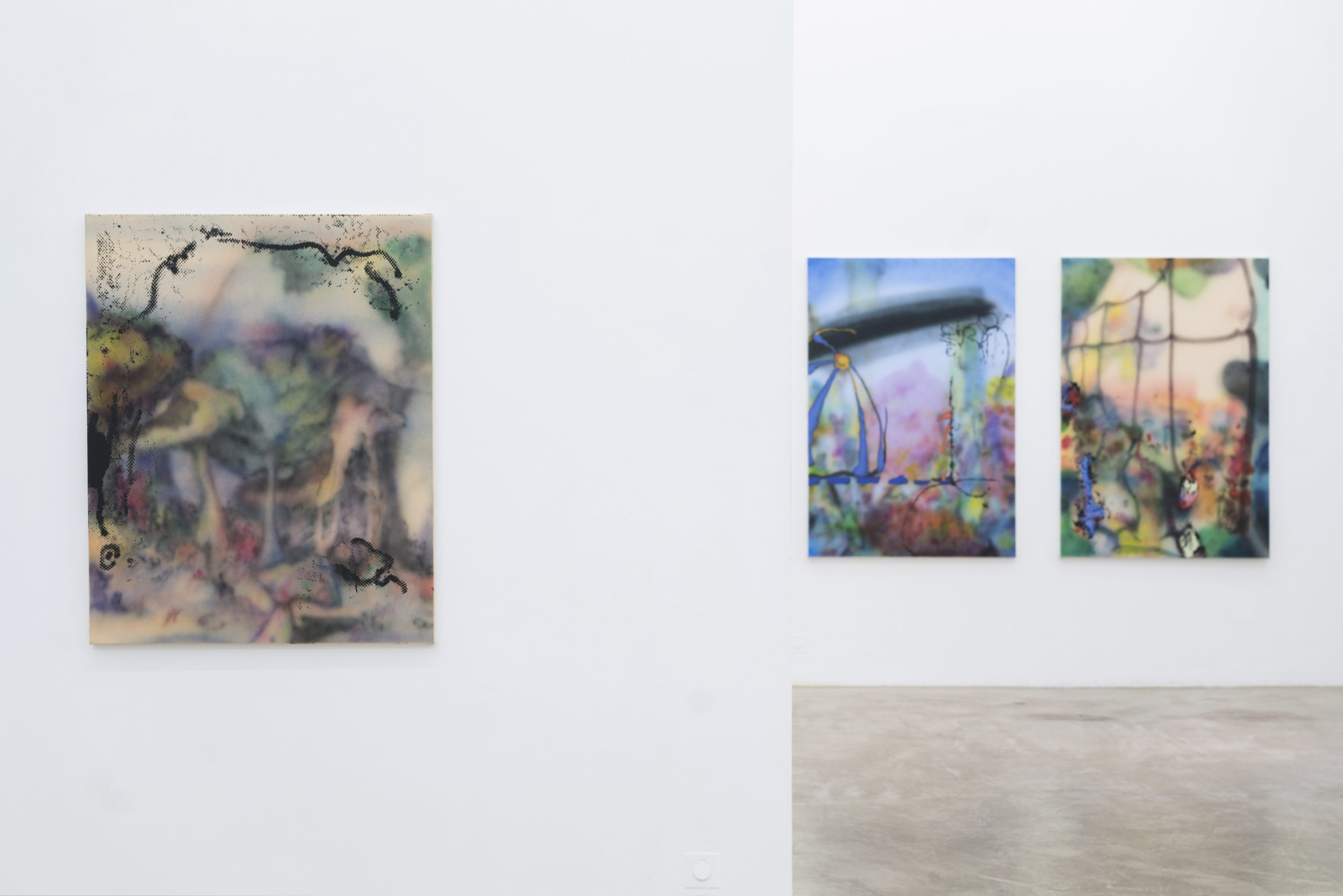