PARRA’s unmistakeable style of rich color, graphic shapes and playful precision moves on the edge of abstraction and figuration. The female form, with expansive gestures and a strong body language, serves as the protagonist in most of the paintings. It tells the context of the scene by setting itself apart from the background and then, seamlessly reinserting back into it. In the fleeting moment of a movie scene on pause lies a graphic perfection, a planned spontaneity, a polarizing connection, a public intimacy of the domestic scenery.

Each work demands to be viewed autonomously, stands independently and unfolds uniquely. The viewers get served snippets of this story, that they must tell themselves and is created by their own personal references, memories and thoughts.

The abstract landscapes seem abandoned, as if the viewer appeared too late or too early for the story. This supposed emptiness opens up into a frame, that then makes the composition of form and color itself the protagonist of a story, depicting a shallow suffering of everyday life through the distant lens of irony. 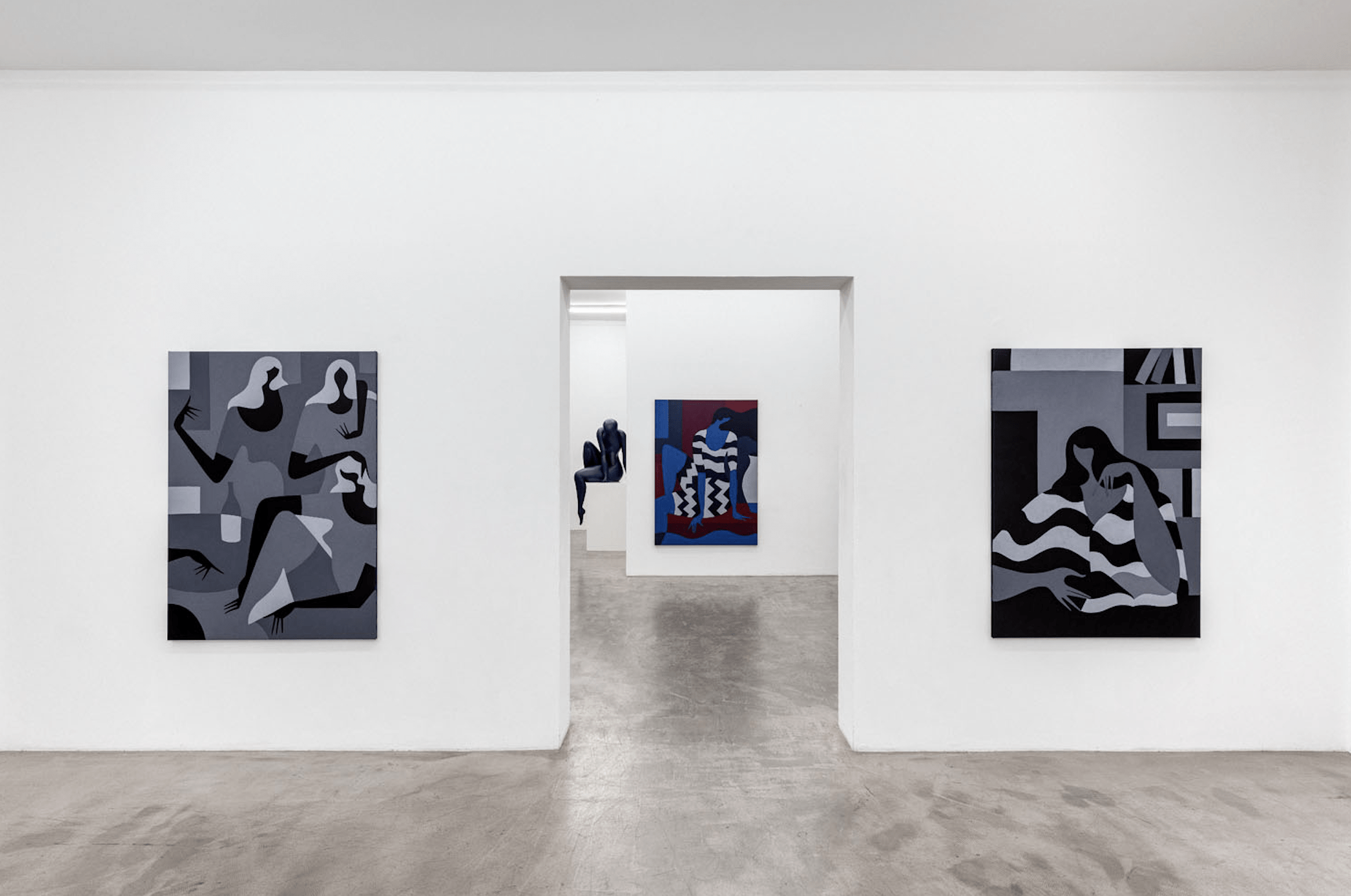 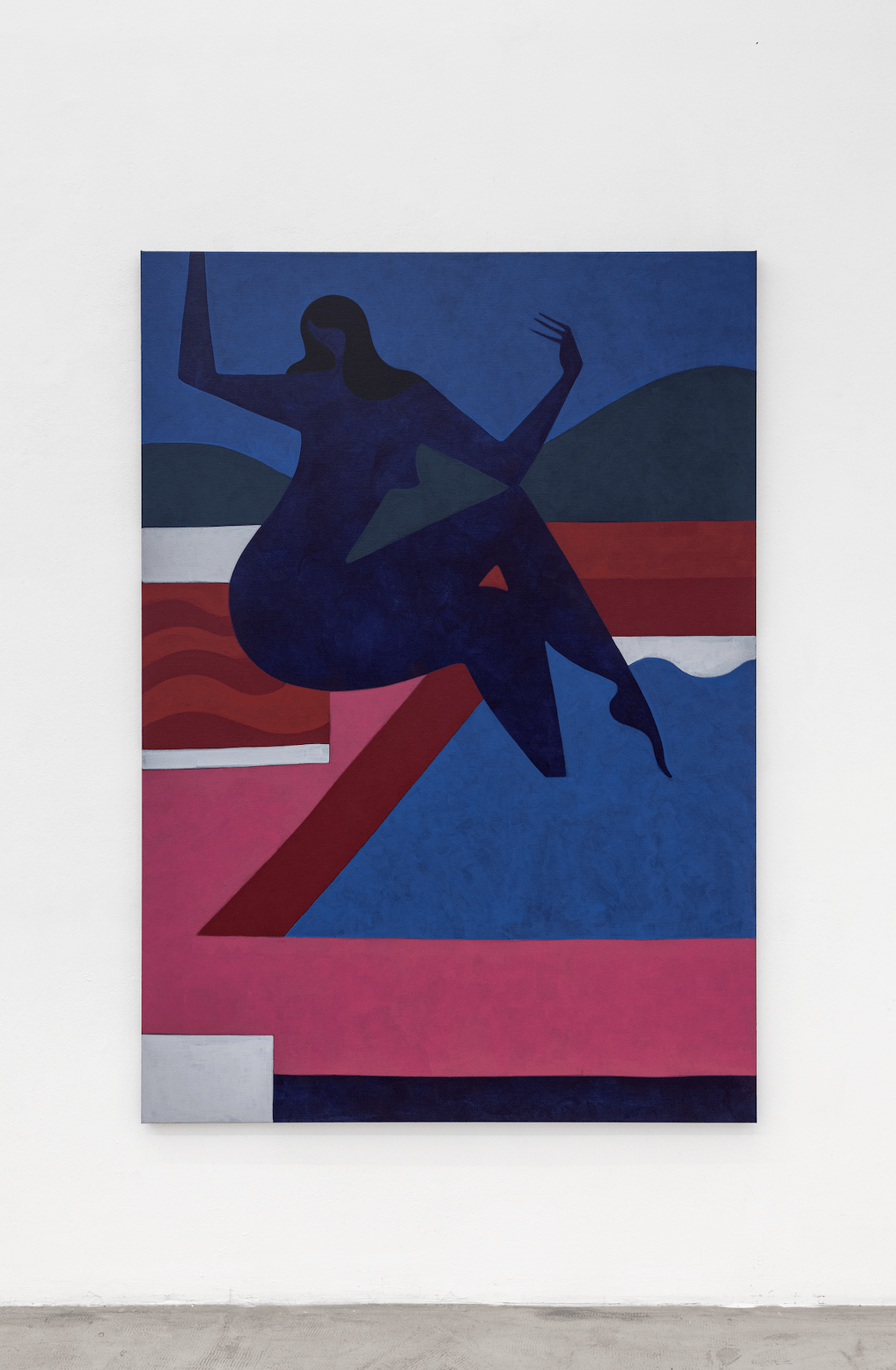 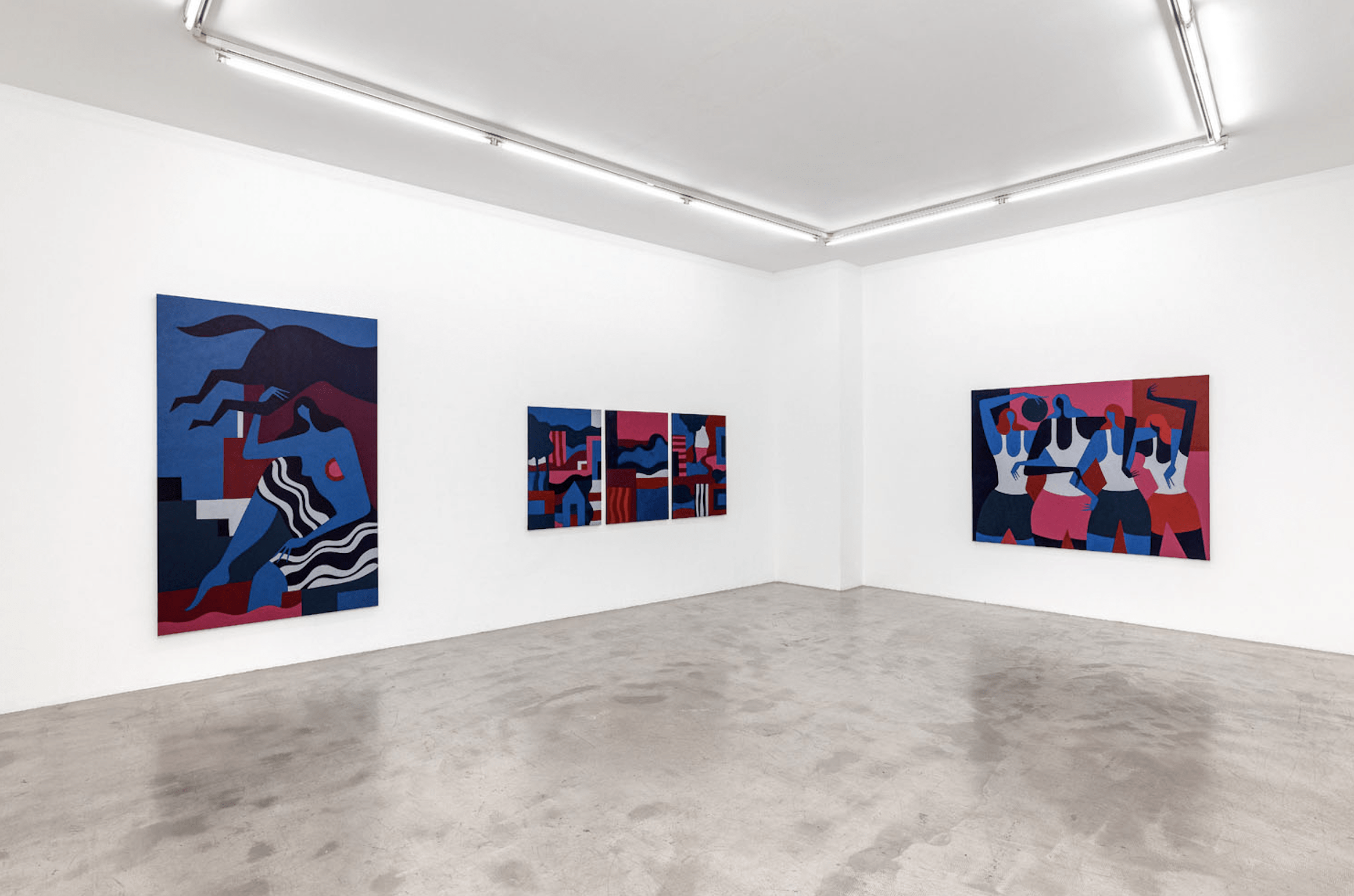 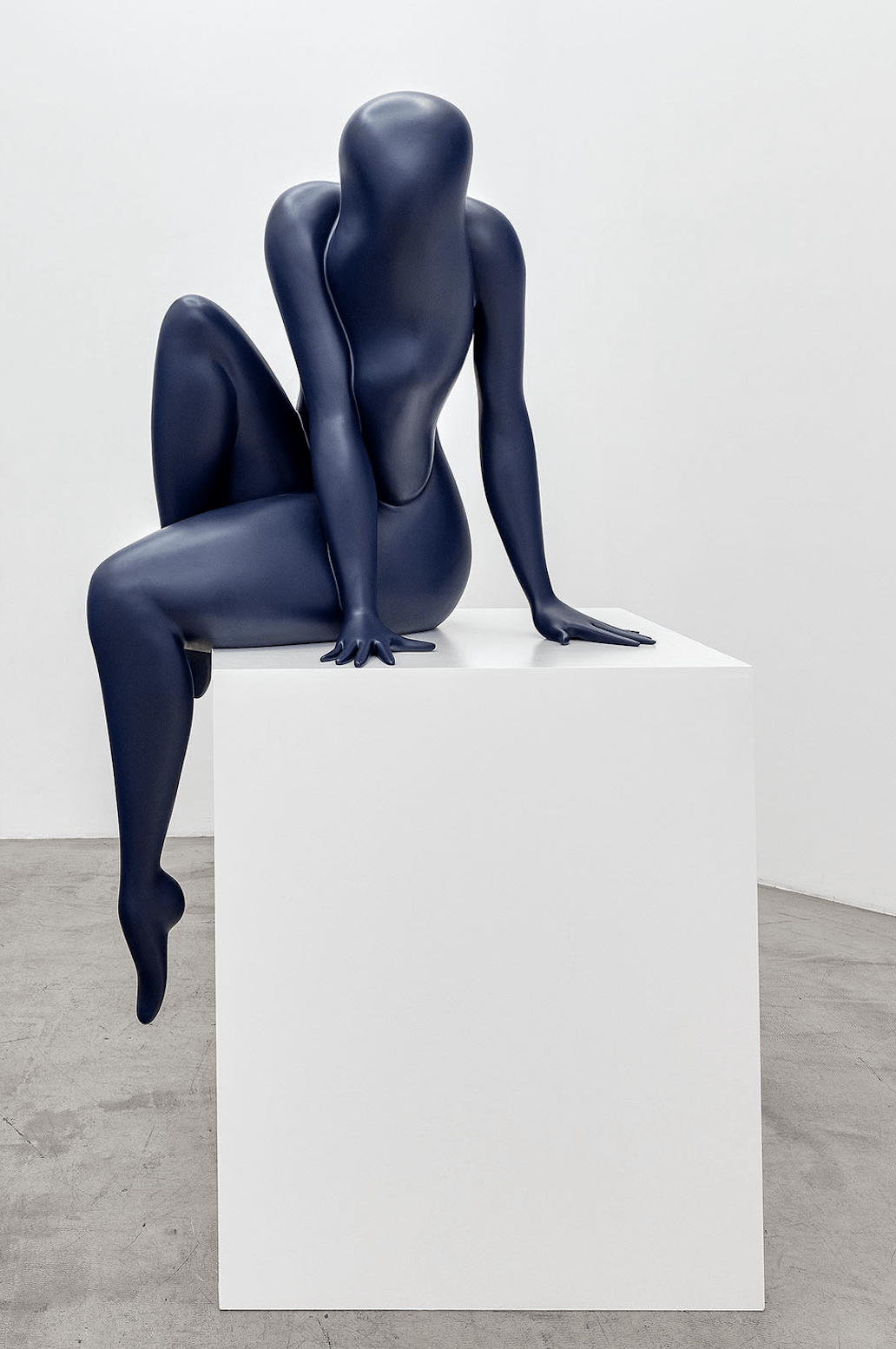 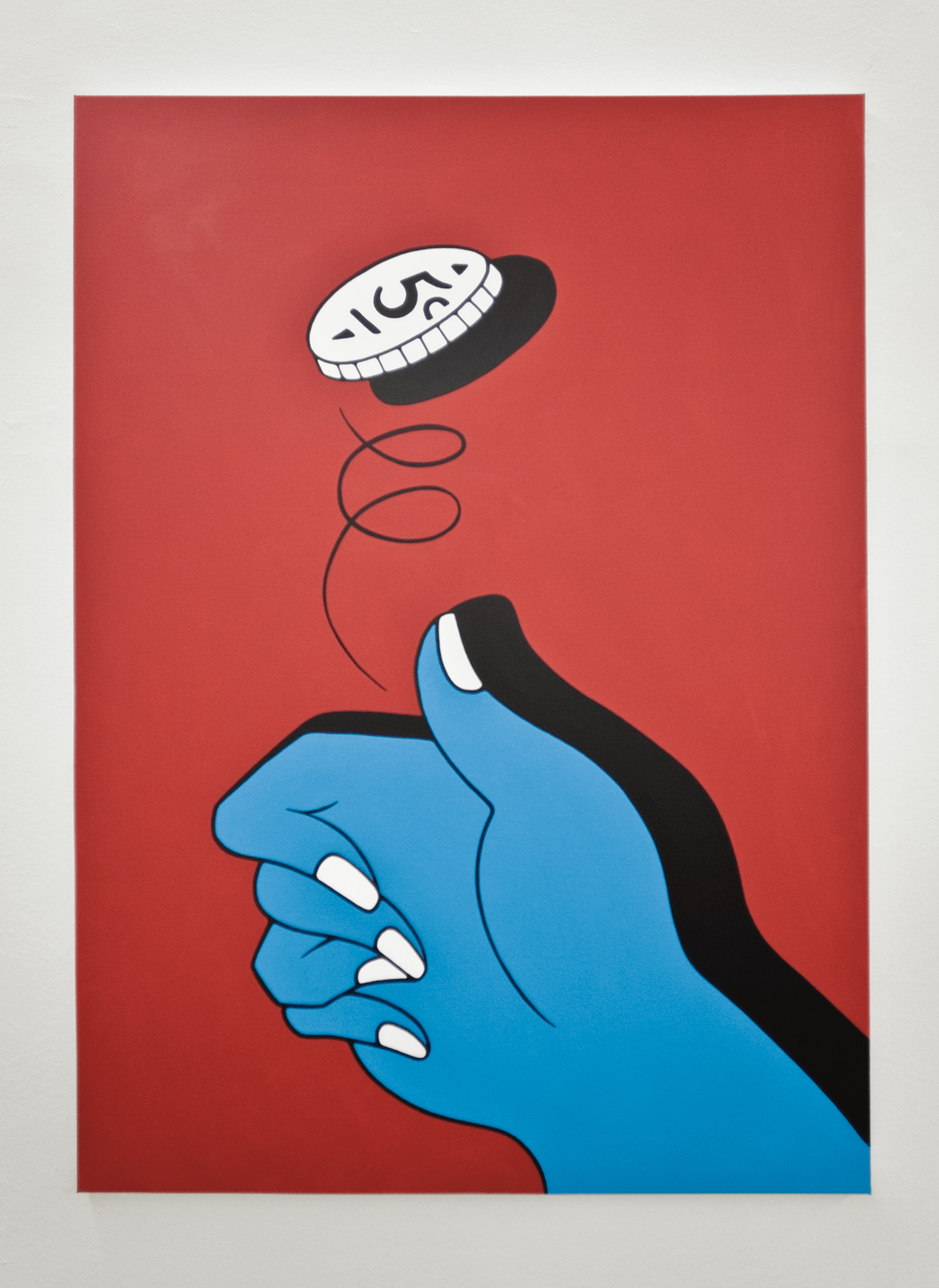 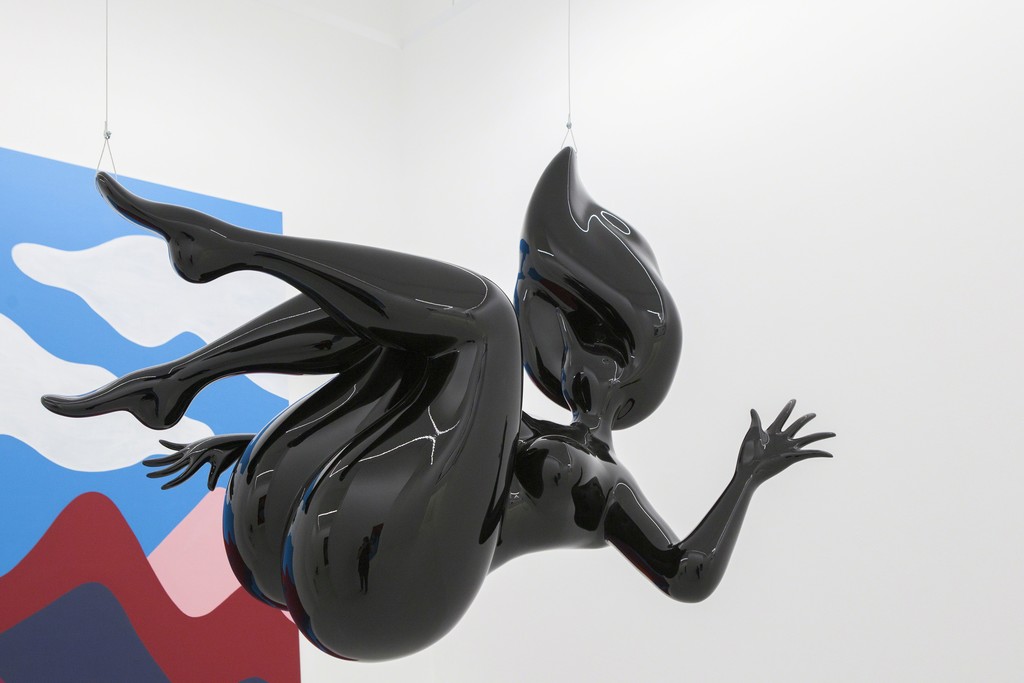