Between influences from music, folk art, bootleg culture, cultural and personal past, the artist develops his own visual language that in its intense colors and detailed images effortlessly conveys the energy of the barrios. The interplay of image and type works, symbol and context, detail and abstraction celebrates the vibrant aesthetics of everyday life of the urban Latin America and brings to the canvas what is often hidden: an impulsive creativity that produces an honest, unadulterated art. Calderon’s works are a tribute to the talent of the barrios, to a milieu that successfully opposes socioeconomic heteronomy with its own creative will. It appropriates language, symbolism and rules, alienates them and fills them with its own multi-layered meaning, which becomes tangible in the composition of the works. 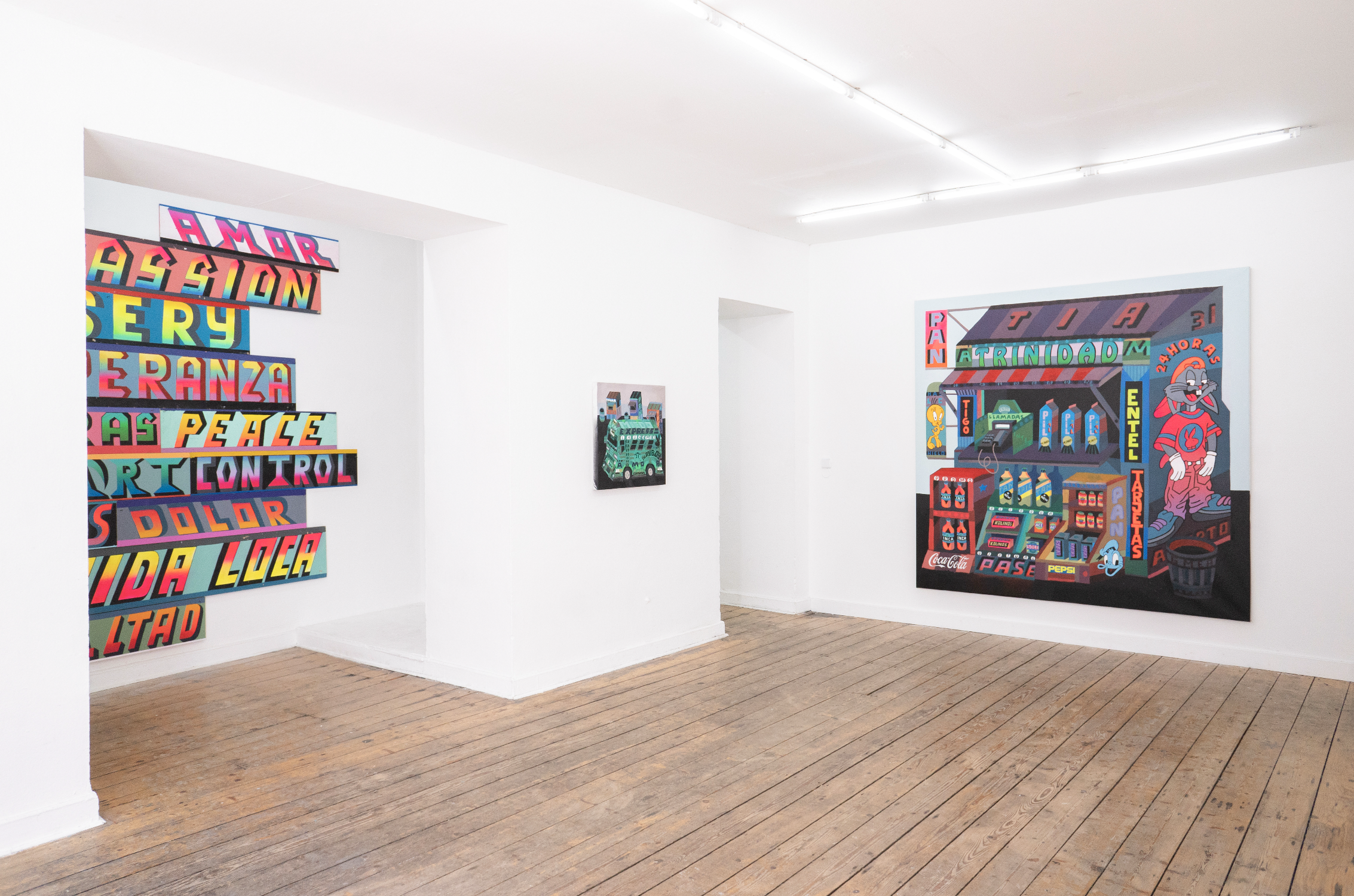 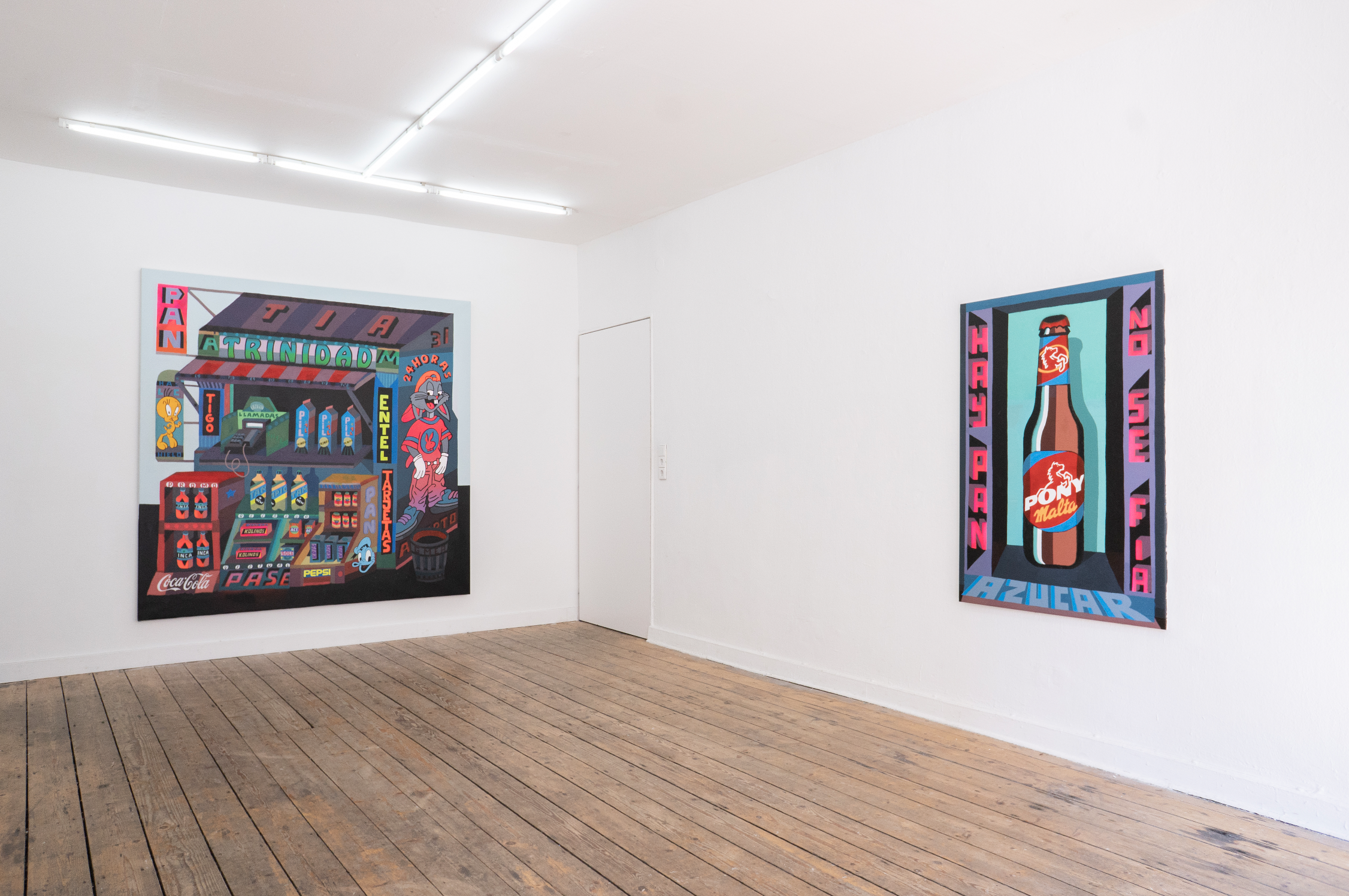