Dennis Buck presents a solo exhibition Stressed is just desserts spelled backwards at POP;68 in Cologne with a new series of work that deals with the proclaimed rise of narcissism in our culture and society. The artist plunges into the bizarre trend of blaming our partners, friends, family and others for being immoral, manipulative and thus narcissistic self-absorbed individuals who are just trying to violate us for their own advantage.

Inspired by Kristin Dombek’s essay ‘The Selfishness of Others’ in which the author criticizes the wide-spread use of an over-expanded notion of narcissism that consequently distorts relationships, Buck’s works pose the question: are we all narcissists or have we just become boring people with no ability to discuss or quarrel with each other?

While varying in colour and size, each of the pieces carry the same quote which, in both a critical and ironical sense, describes our fear in a nutshell: “If those we desire are less ideally responsive to us, it’s because they are sick not because we are uninteresting”. The mirrored surfaces of the works force us to reflect upon our own self-obsessed anxiety of not being as different from others as we might wish, remaining firmly stuck in a silicon ‘web of narcissism’. 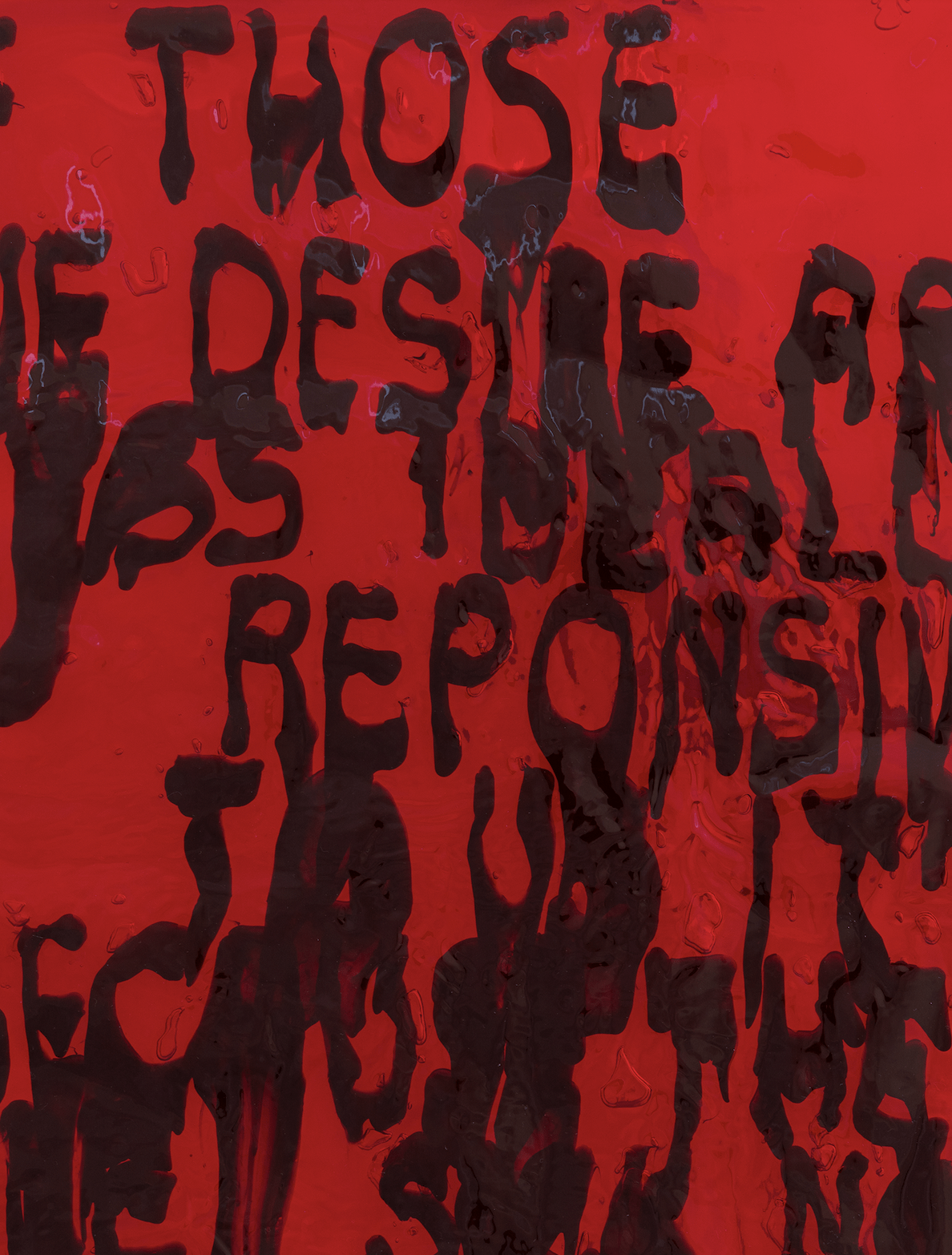