It’s normal that everything is strange Prosper Legault

Prosper Legault presents a solo exhibition titled It’s normal that everything is strange at POP;68 in Cologne.
Prosper collects items from the city that we walk past without giving them a second thought and reassembles them in unfamiliar ways.
The artist juxtaposes neon lights, illuminated advertisements, and shop signs, releasing them from their everyday functions and giving them new and unexpected meanings. The way in which Prosper plays with the meaning and function of different objects from urban life is best described in his own words: “I produce my sculptures like I write my texts. I juxtapose things that everybody knows, but I change their meanings, in a way, to say my own thing.”
The rearranging and combining of different objects and materials such as Chinese shop signs, posters, and medieval flags in pieces like Tu es un coquillage and Le roi et l’oiseau resembles the theoretical and practical work of Kurt Schwitters, particularly his Dada poems and expansive installations such as Merzbau.
Prosper’s work KURT connects Schwitters’ innovative ideas from the early twentieth century with Kurt Cobain’s revolutionary contributions to rock music in the 1990s. Like a DJ, Prosper samples well-known objects, scenes, and images, remixes them into a new order, and then presses the repeat button, while neon lights remind us of a world that never sleeps. 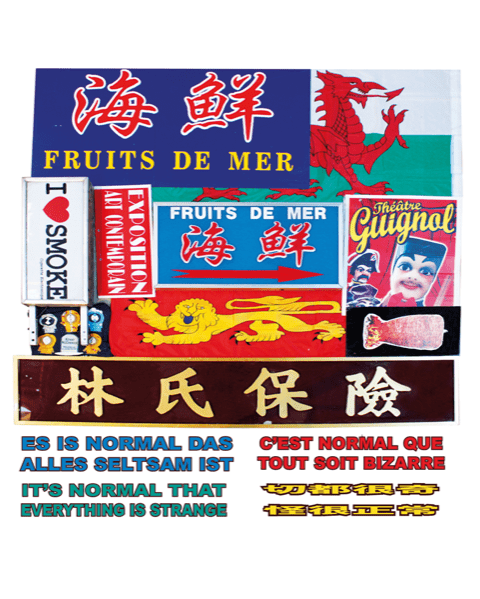 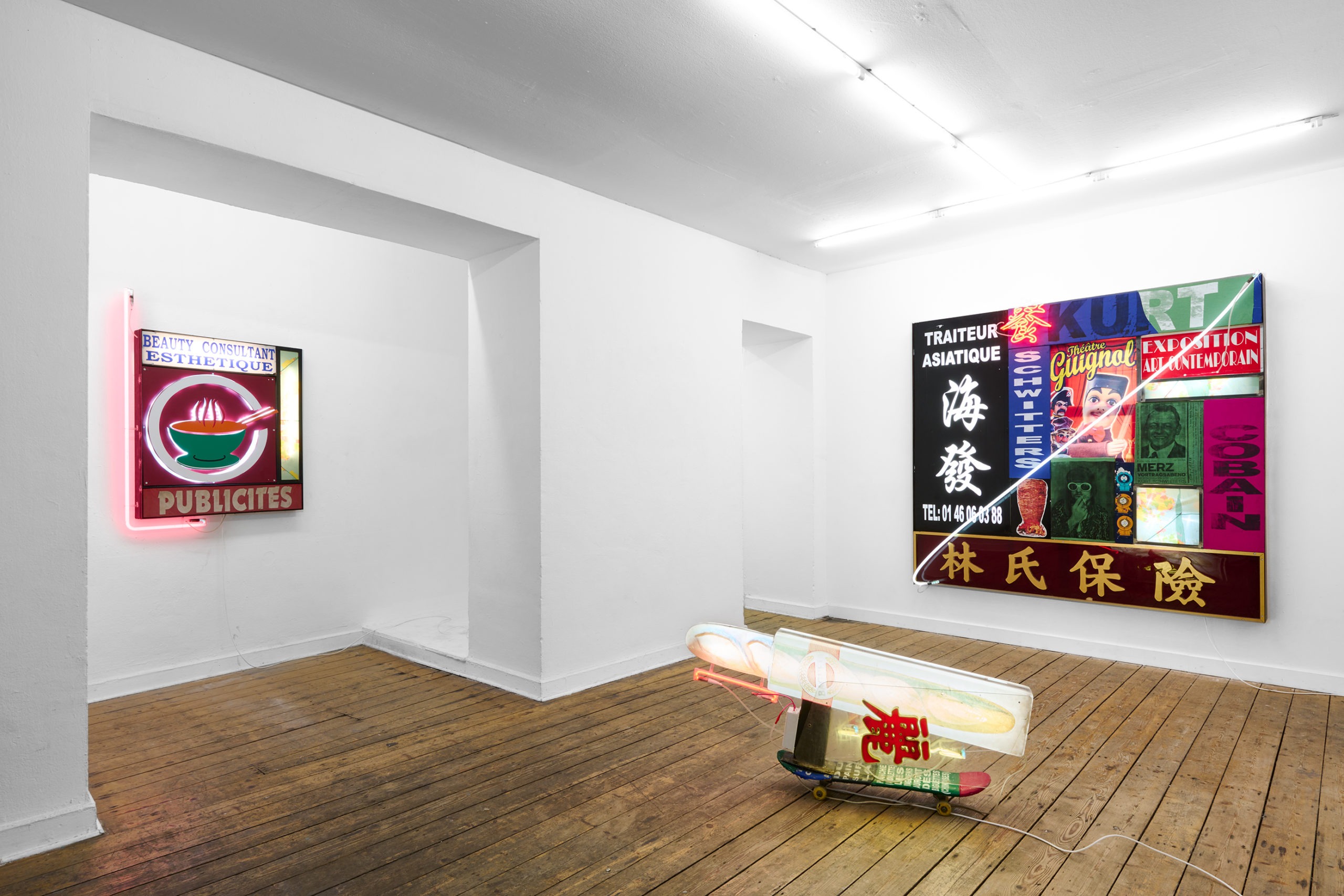 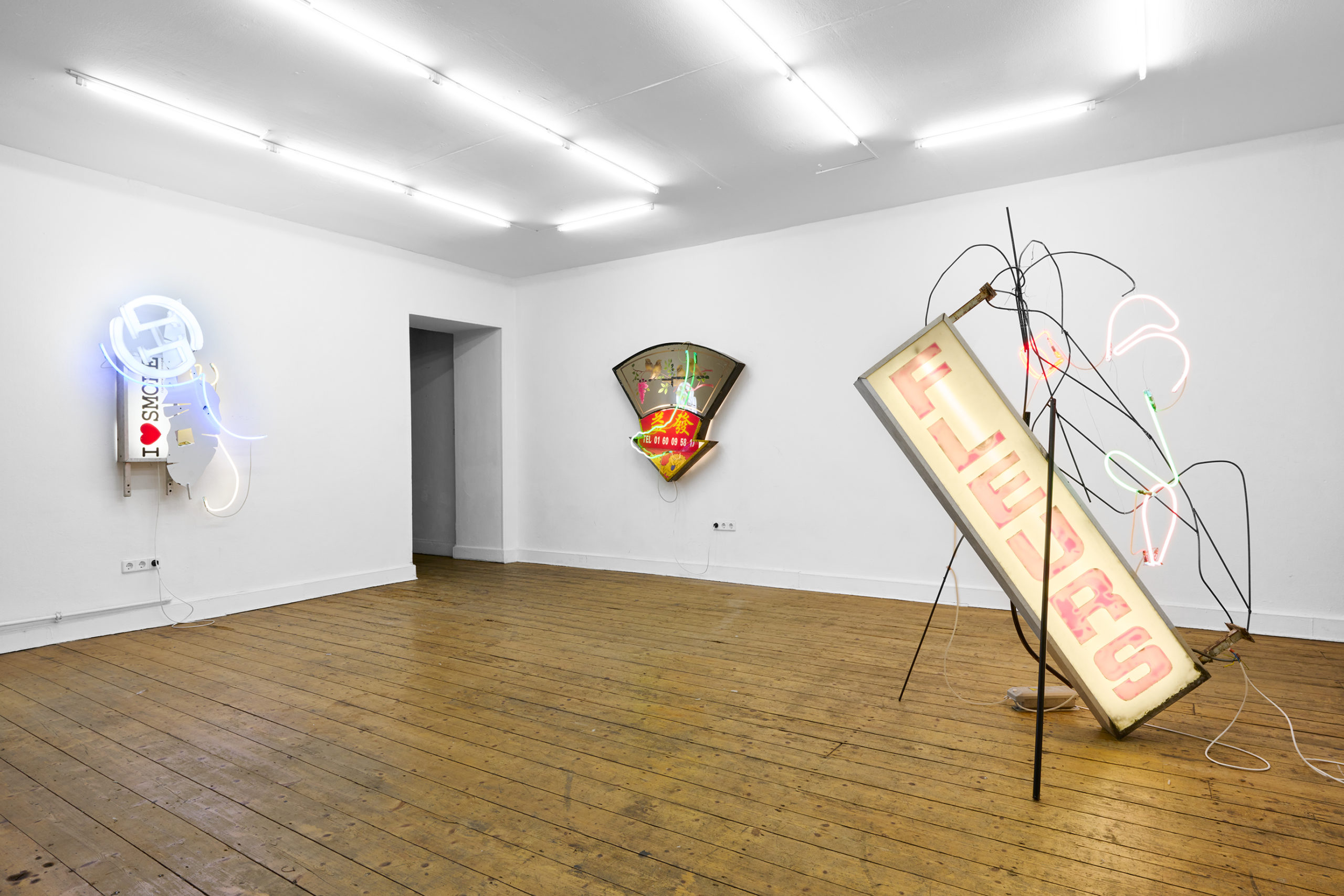 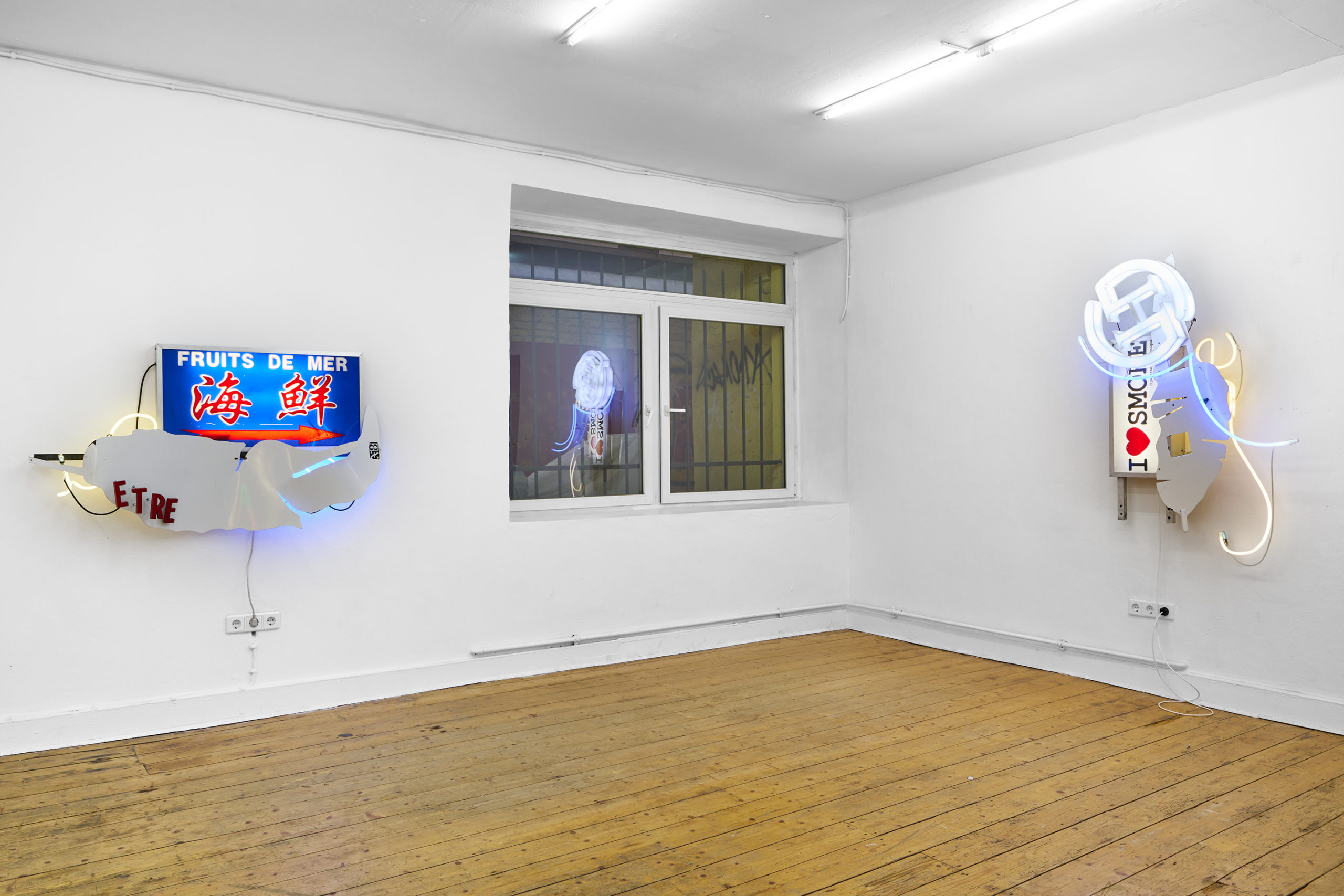