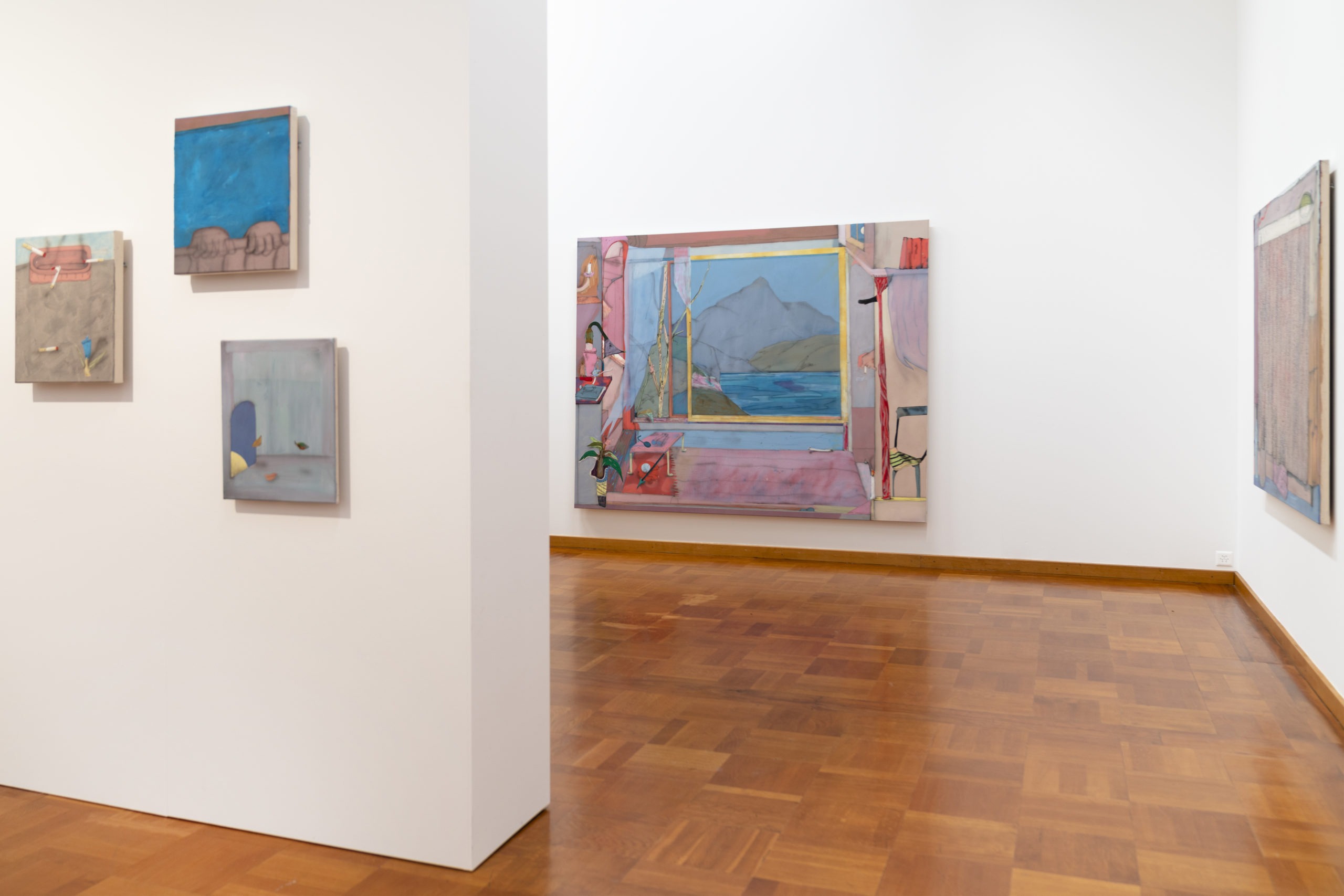 “DOPPIO III” focuses on figurative painting In the third edition of the “DOPPIO” exhibition series, which the Museum zu Allerheiligen is realizing in collaboration with the Kunstverein Schaffhausen, works by the Stein am Rheiner artist Nadja Kirschgarten (* 1979) are combined with works by the Stuttgart artist Fabian driver (* 1986) shown. The third part of the DOPPIO exhibition series focuses on two positions in figurative painting. As usual, this time an artist with a connection to the Schaffhausen region will be shown together with an artistic position from other parts of Switzerland or neighboring countries. Nadja Kirschgarten (* 1979) has already been invited to the ERNTE exhibition several times and has made the canton of Schaffhausen successful represented at the International Lake Constance Conference 2018. Kirschgarten’s work focuses on the representation of animals as well as human, mostly female, figures. Her works are characterized by an interplay of restrained color palette and sometimes expressive style. If you look at the genesis of the works by Nadja Kirschgarten on display, you can see a clear tendency towards reduction. The series of depictions of women as well as the depiction of the mythical animal creatures from the years 2015-2019 are characterized by a strong immediacy and directness. In contrast to this, the new works from 2021 are characterized by an almost graphic restraint in their two-dimensional application of paint and the dominant gray tones. The expressive power is a cool reduction

With the selection of Fabian Treiber, who lives in Stuttgart (* 1986 in Ludwigsburg), an artist living in a nearby foreign country is invited as a dialogue partner for the first time. Driver belongs to a young generation of painters who combine classic paint application with experimental methods. He often works with acrylic, oil pastel and ink, uses brushes as well as airbrush and stencil techniques. His subjects seem well-known and surprising at the same time: he almost exclusively paints interiors and landscapes. On closer inspection, however, they often develop an astonishing reluctance. Thus, before the large-format works of Driver, one can spend a long time exploring the pictorial space and allowing oneself to be carried away by dealing with the ever-emerging puzzle fragments. The excursions into the outside world are comparatively new. Only since the beginning of this year has the artist been feeling his way from the interior to the vastness of the landscape. With Tall Grass, Solid Air and Sundown doesn’t last all Evening (all 2021), three of the first works of this new direction can be seen in this exhibition. The two painterly positions complement each other both in terms of motifs and in their painterly approach: while Kirschgarten supplies the living beings with her works, Treiber contributes the appropriate, deserted interiors for the exhibition with his works. While the color palette of both artists shows astonishing parallels, they vary greatly in their methods of applying paint. DOPPIO III is the first museum exhibition in Switzerland for both artists. An audio guide based on artificial intelligence will be created for the exhibition. A pilot project in cooperation with the AWK Group AG.