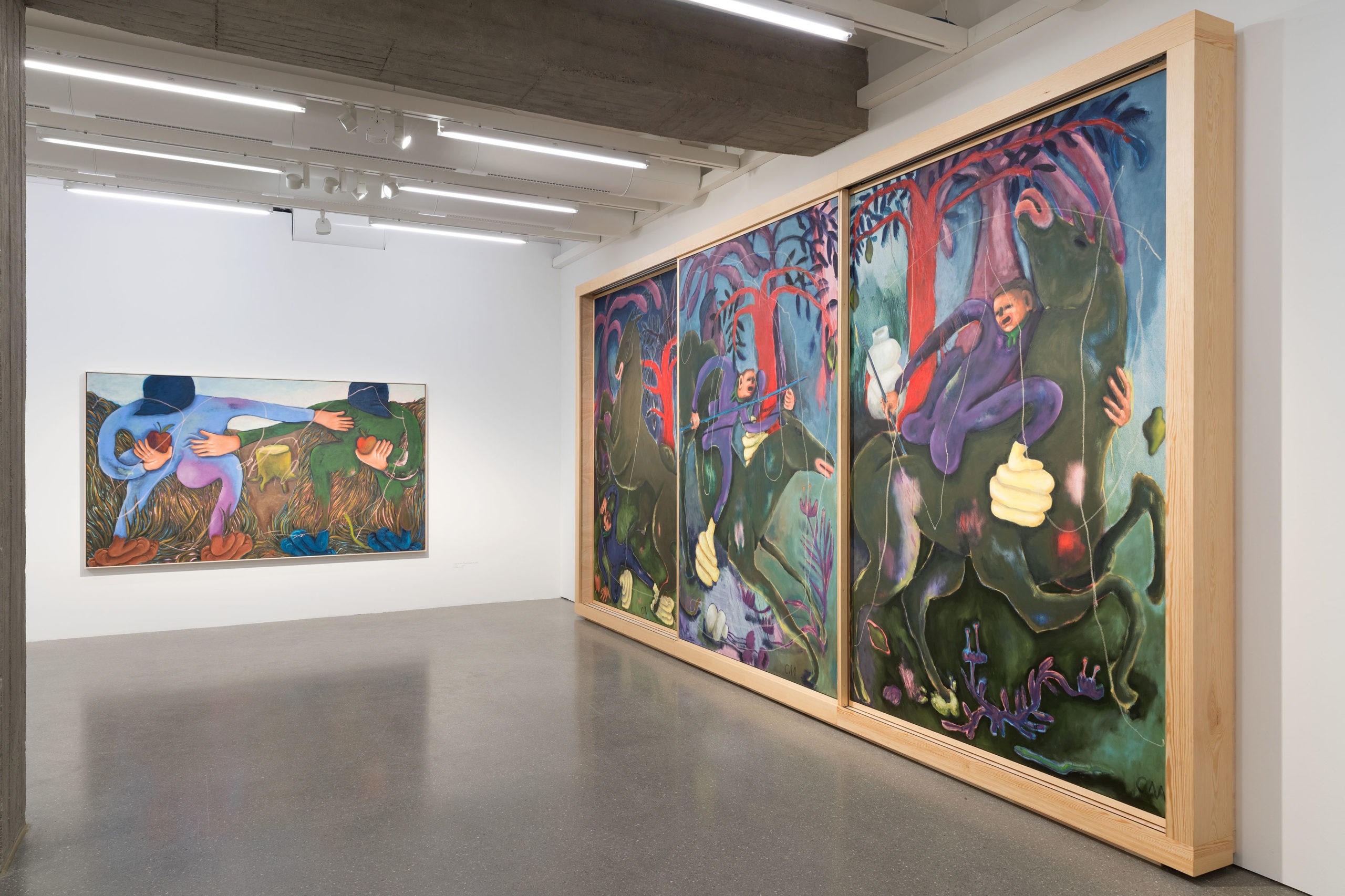 DEUTSCHE BANK "ARTIST OF THE YEAR"

We sincerely congratulate our artist Conny Maier as Deutsche Bank “Artist of the Year”!
Exactly ten years ago, Deutsche Bank launched its “Artist of the Year” series. On the occasion of this anniversary, and on the recommendation of the advisory curators Victoria Noorthoorn, Hou Hanru, and Udo Kittelmann, the bank is now honoring three artists simultaneously for the first time: Maxwell Alexandre (Brazil), Conny Maier (Germany), and Zhang Xu Zhan (Taiwan). “What all three have in common is that they came to contemporary art via unusual paths and bring very specific life experiences, worldviews, and cultural influences with them,” says Britta Färber, Chief Curator of Deutsche Bank’s art program and also responsible for the current exhibition of the three artists at the Palais Populaire.

Conny Maier is the first German artist that Deutsche Bank has honored as “Artist of the Year” in the ten years the award has been presented. The Berlin-born artist is one of the most important discoveries in the current German painting scene. Maier’s figurative, colorfully luminous paintings draw on very different influences: the expressionism of the “Brücke,” Picasso and Gauguin, as well as the current discourses on painting that have been held since the “new figuration” of the 1980s. Maier’s art reflects a world shaped by representation and materialism, in which people seem to lose control. A central motif of her work is the relationship between culture and nature. Maier humorously and subtly exposes the romantic and heroic transfiguration of this struggle for dominance and submission.