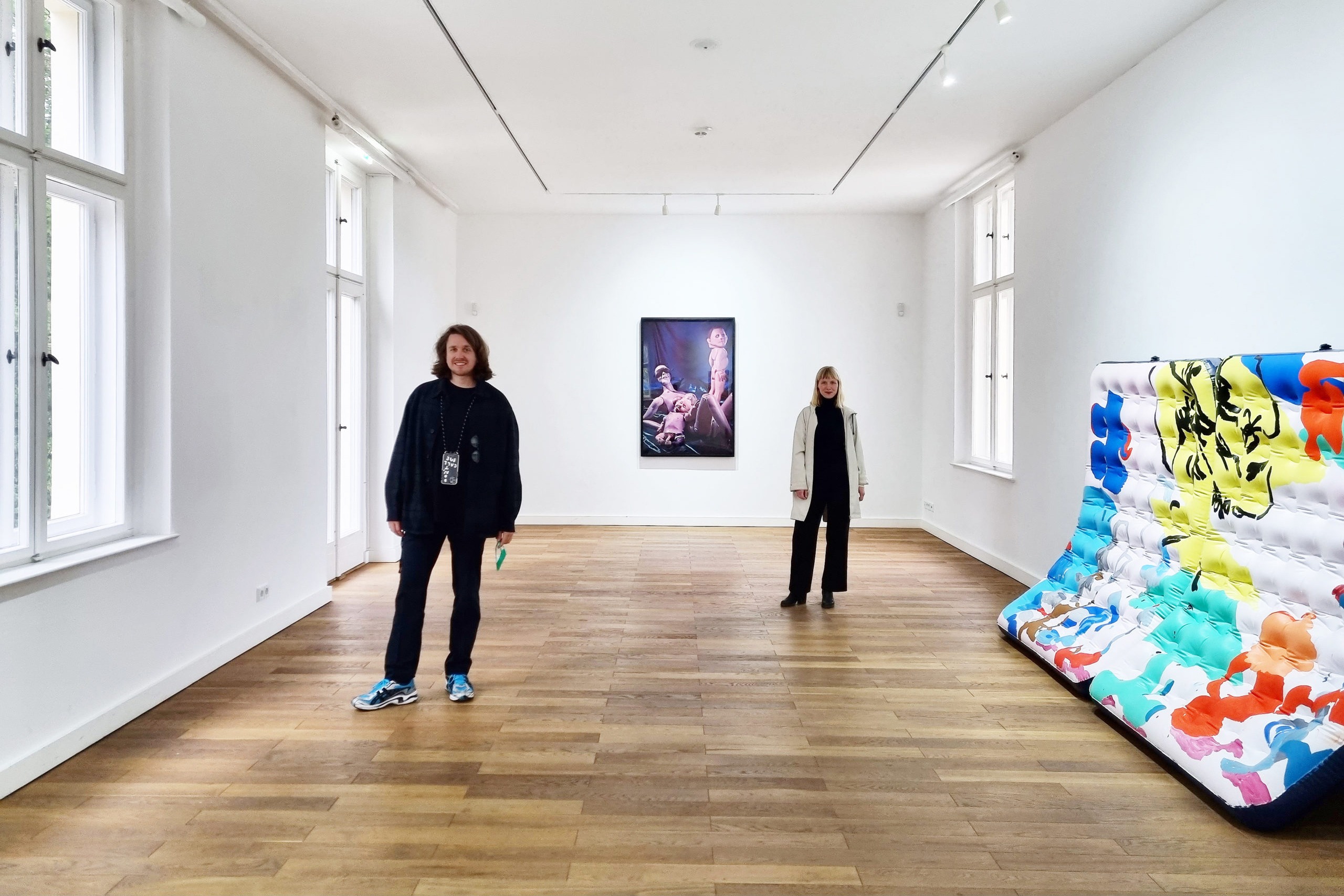 This Must Be The Place

The eponymous 1983 track by American rock band Talking Heads is a love song. A love song without a story, without anyfairytale-like narration. Situations, actions, and feelings are described fragmentarily. Fixed in neither time nor place, without any claim to absolute truth.

Earlier in summer, the current sculpture exhibition in the garden of Villa Schöningen opened under this title in cooperation with Galerie Ruttkowski;68. Now a complementary exhibition follows from September 17 to November 28, 2021 in the building’s interiors. While the sculptures in the garden were all produced within the last years or even months, partly in direct reference to the garden, the works of the 28 artists now being presented are drawn from a larger period spanning the past100 years.

Rudolf Schlichter’s 1917 painting Zerrissene Welt (Abstraktion), for example, mixes individual, seemingly torn body parts with abstract forms. On one hand, works of art like Schlichter’s are documents of their time, on the other they contain a relevance that persists through out the past century. Then as now, the brutality and formal division of his painting continue to reflect social strife.Or Fabian Treiber’s work Long Time Incident from 2021, which deals with the sujet of interior not with the mere representation of a concrete place, but with motivic and typological references, this leaves space for reminiscence and what is to come.

It is not a building or geographic location, but society, political circumstances, and humans that shape what kind of place emerges. The Villa Schöningen, for example, was once commissioned by the Prussian king, then repurposed asa Kinderwochenheim under the GDR, and has been used as an exhibition venue since 2009.

In the villa’s current exhibition, the artworks refer to individual moments, themes, and emotions, achieving something timeless and universal without any claim to being absolute. Much like the vocalist of the Talking Heads, who sings of looking for the place he can call home and realizes that he has actually already found it:

Home, is where I want to be
But I guess I’m already there