Stefan Marx has assembled a selection of uniform works for Ridiculous Drama, his fourth solo show for Ruttkowski;68, — an assortment of his typical melancholic yet musical typographies and his curious caricatural figures — as well as a large-scale installation of his reinterpretations of an often seemingly rather bourgeois souvenir, the wall plate.

Stefan Marx comes across the characters and sayings that inhabit his worlds everywhere — he meets them in cities, reads them in books, hears them in songs, or picks them up in conversations. He isolates them from their original context and gives them form, color, and format, without adding the complexity of recontextualization. Sometimes in black and white, although for this exhibition they have also been enhanced with intense color, he scatters them around the exhibition space and allows the viewers to make their own associations. Which literary text, album, or person the contents are derived from is of secondary importance — the text fragments take on a life of their own, searching inside the viewers’ minds for their own stories, thoughts, and feelings to latch onto so that they can be developed further and stay with them after they leave. Marx’ works thus convey a coherent sound, even without any music playing: a pleasant, anticipatory, quivering feeling of longing and melancholy. Life as a drama — but one that is absurd, ridiculous, laughable. 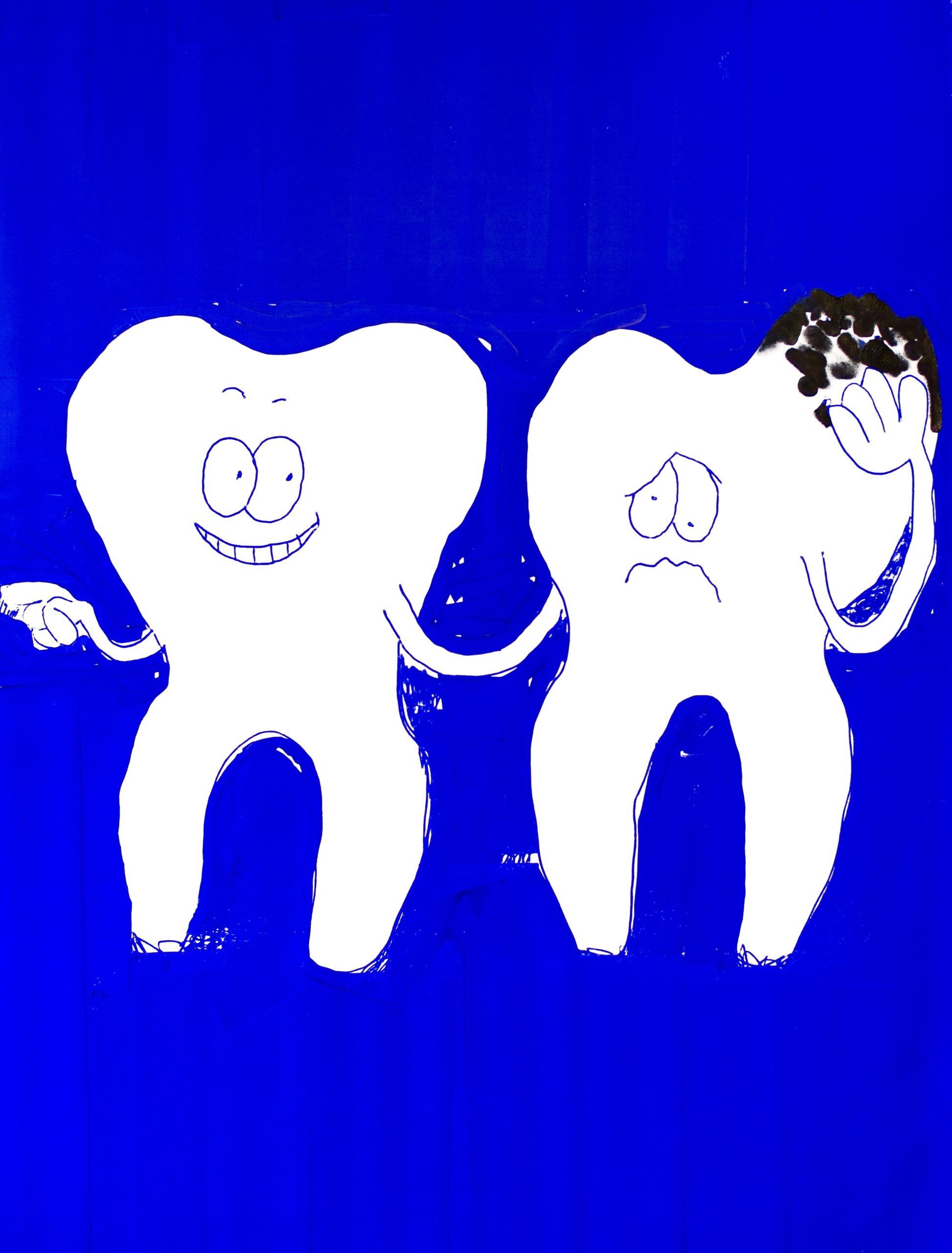 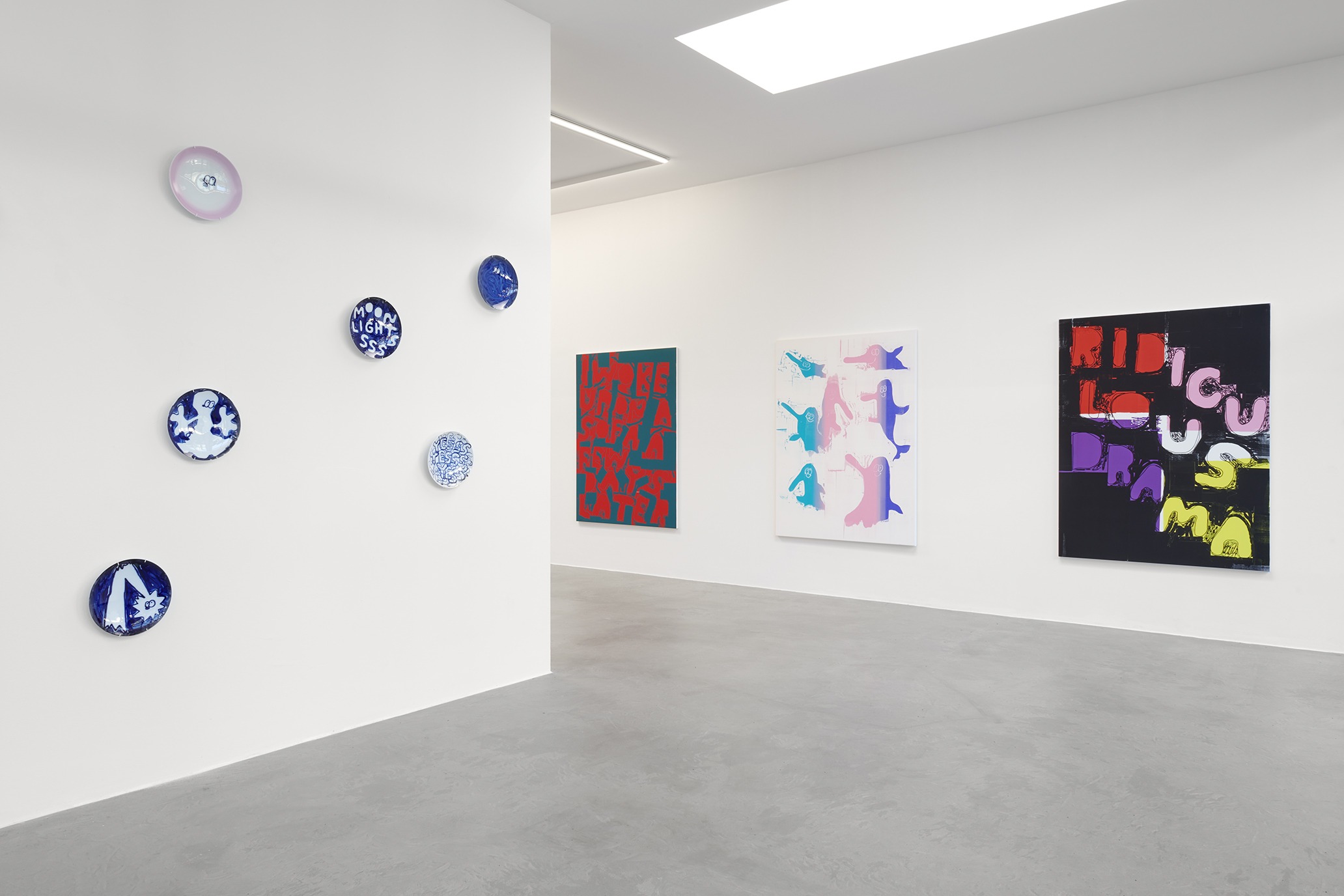 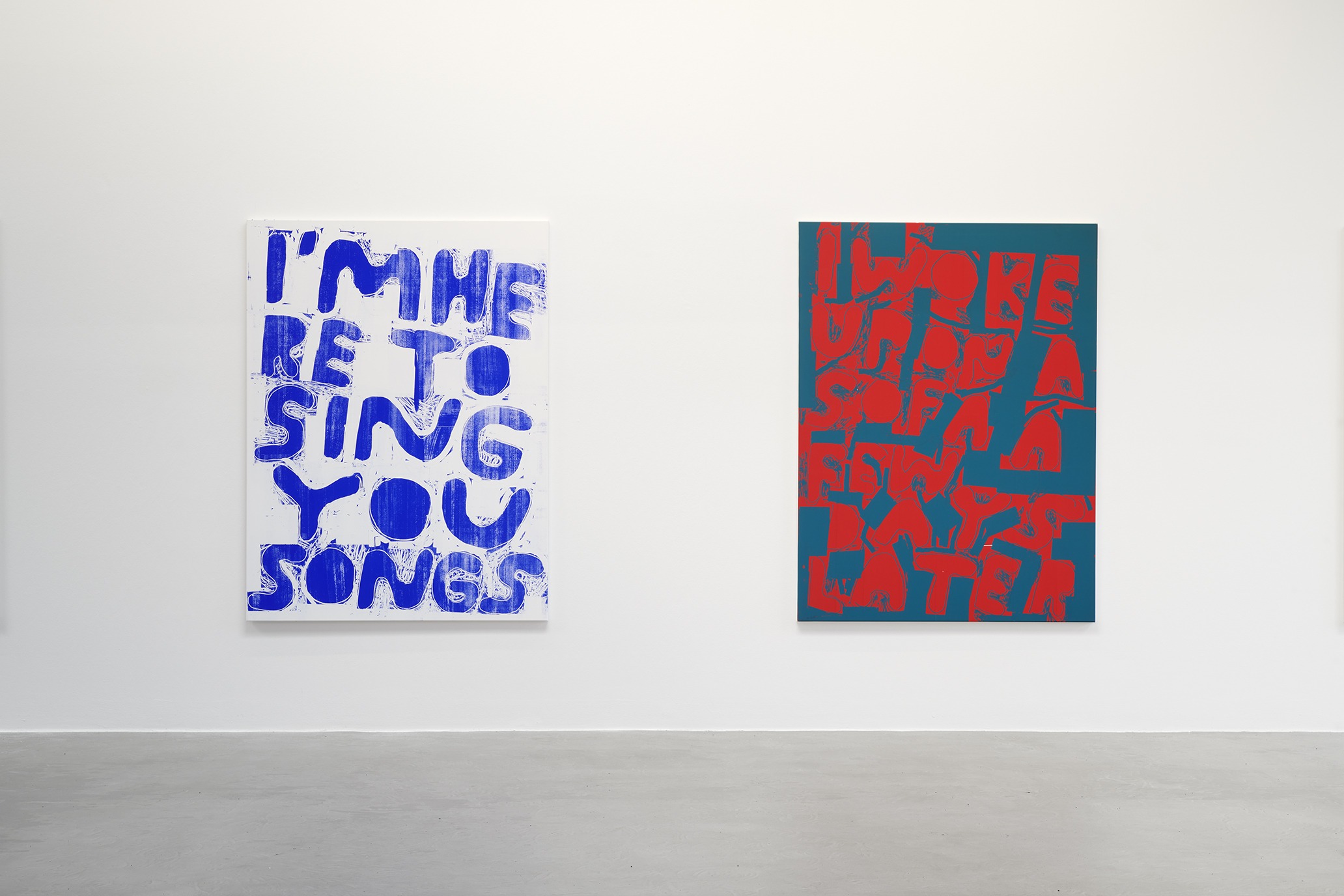 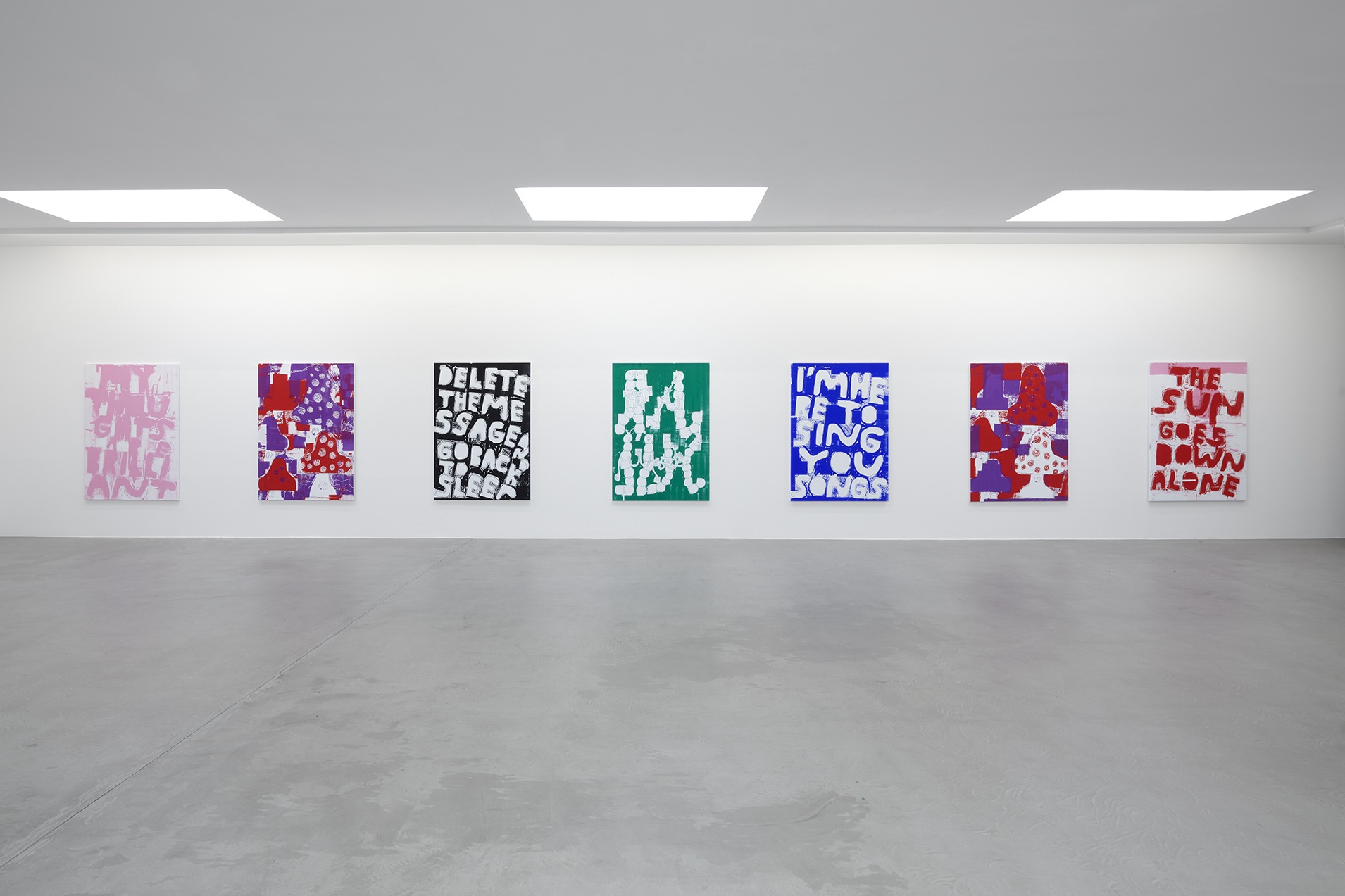 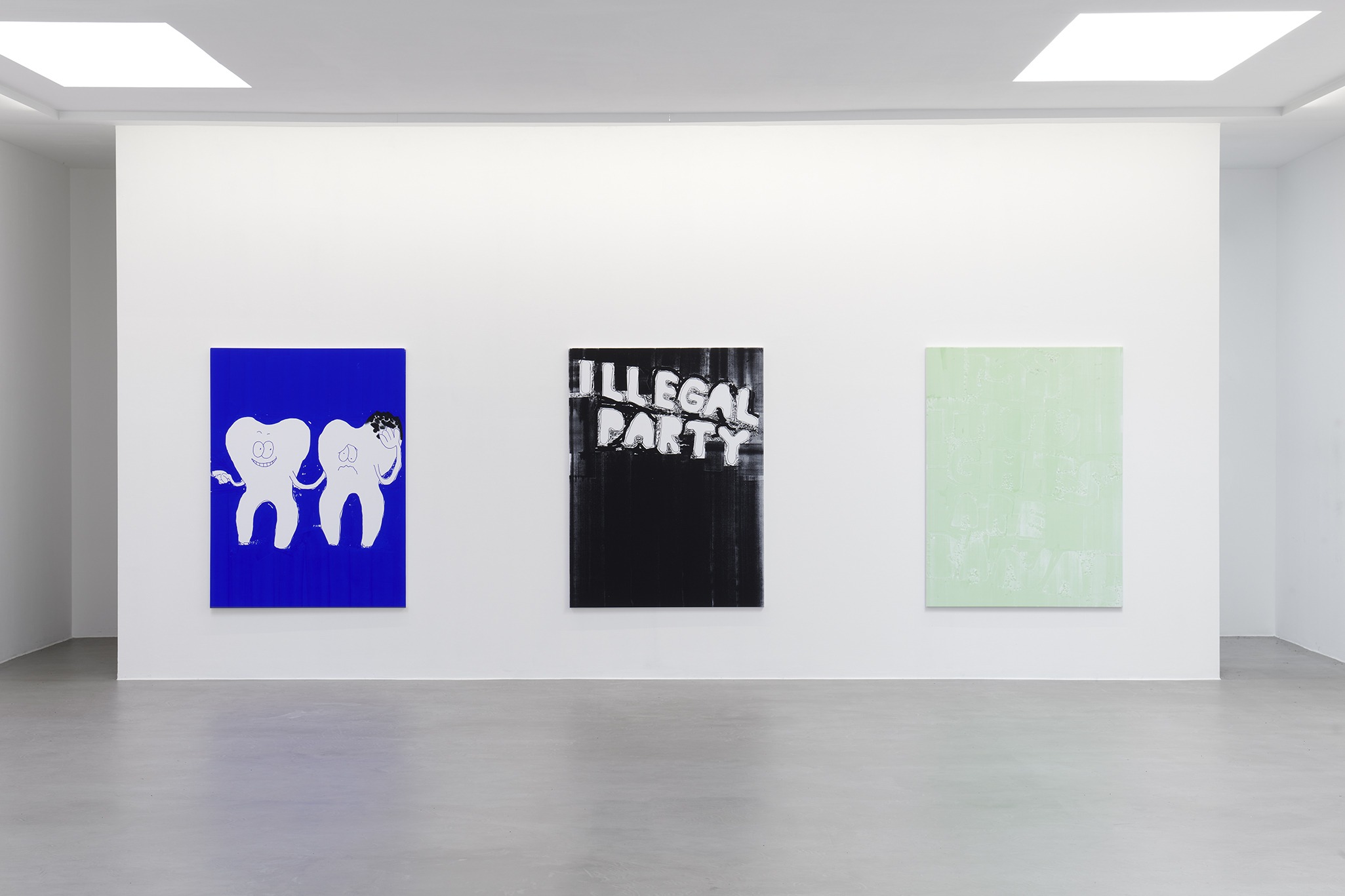