By openly exploring clear references and influences that shape his lens on art and the process of its creation – whether music, painting, sculpture, language and its adaption to certain slangs – Strother abstracts moments of a whole that resonate with him and lets them form into new, independent pieces of art – or, in children’s slang, “art type of shit”.

Race and class issues are often woven into the narrative of his works, that comment and mirror society’s abysses. The new works process impressions from a variety of mainly prominent white artists. They are transitioned, his own nuances are blended in and colors changed – to sculpt an allegory about questioning the concept of originality, float with ideas of actual authenticity and acknowledge inspiration that shapes one’s perception of aesthetics.

In particular, Strother extracts elements from the visual language of Philip Guston. In recent times his motifs have often been misinterpreted and understood in improper contexts, which enriches Strother’s work with the possibility of adding new visibility to perspectives of the conversation about art, impact and social meaning.

This new body of work, including sculptures, paintings and works on paper which have never been shown before, emphasize that especially in a narcissist’s discipline, the claim of originality must be taken with caution. 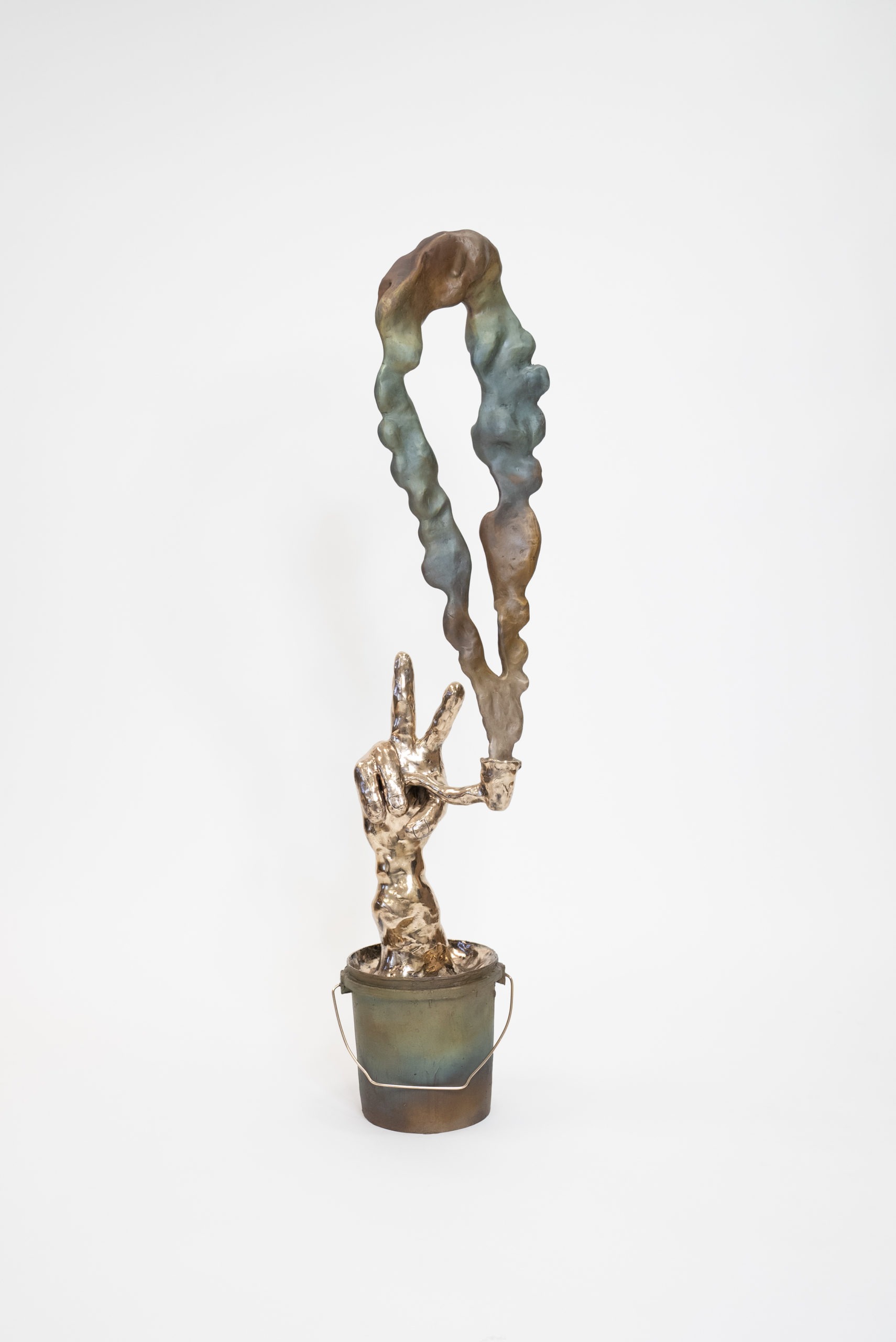 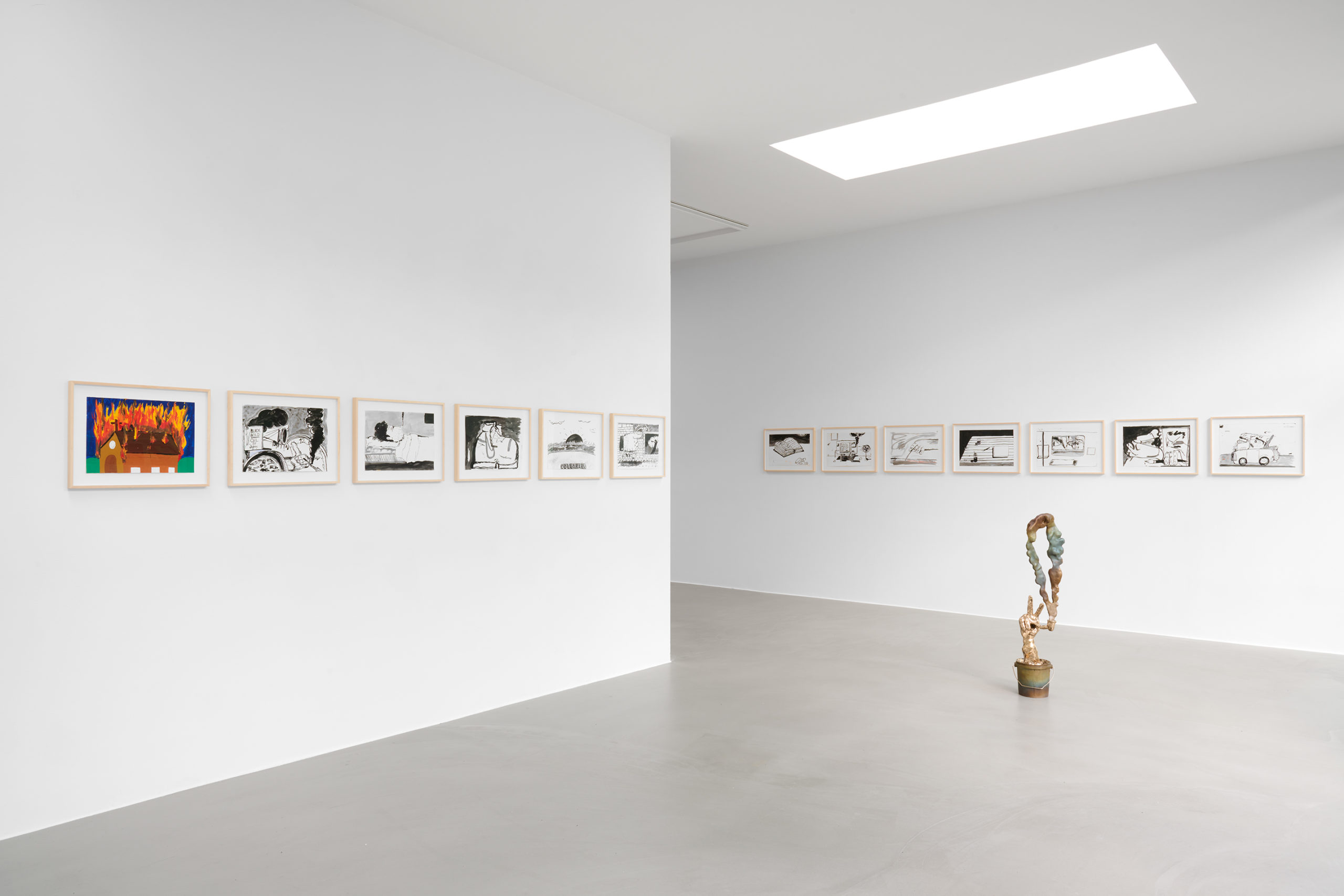 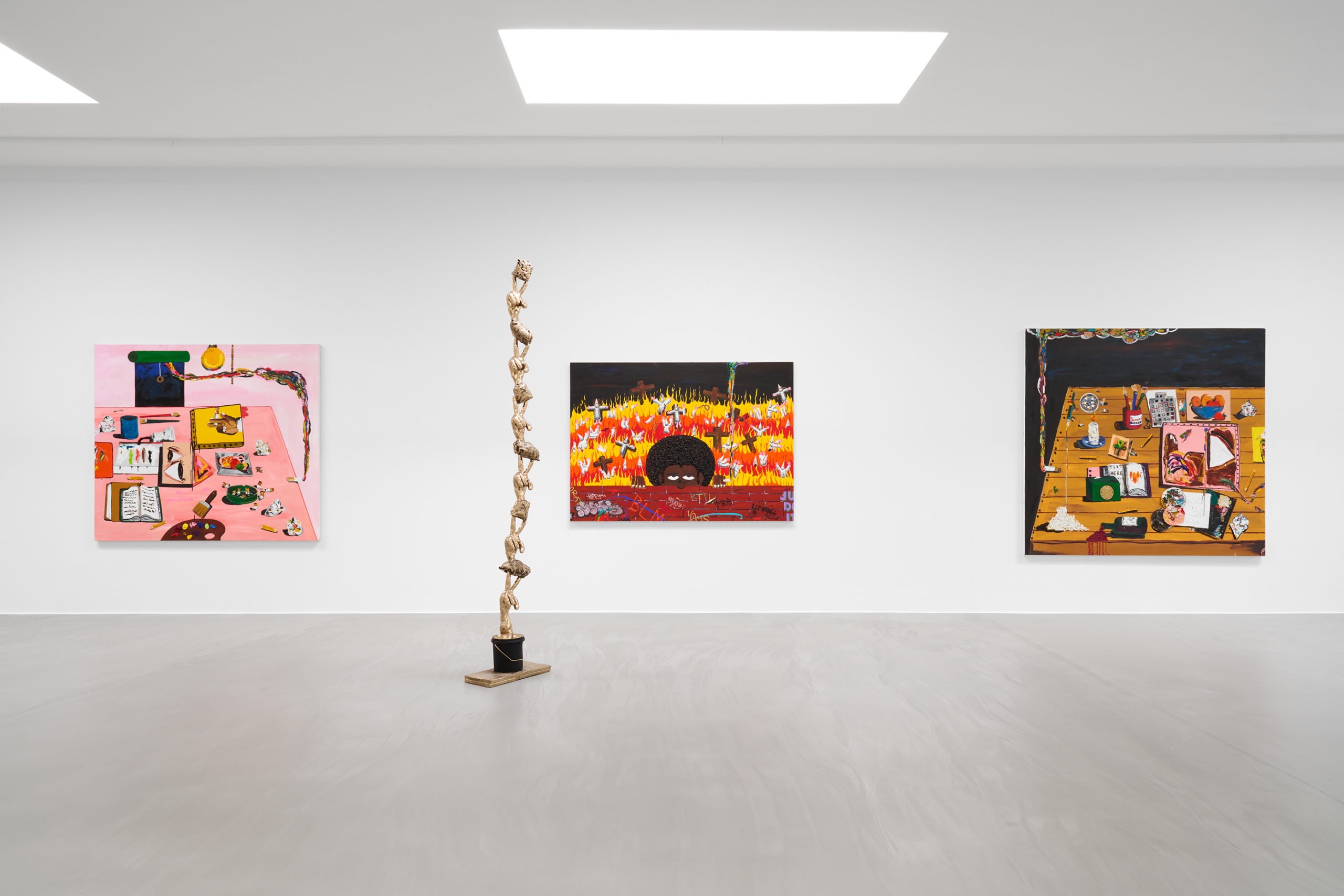 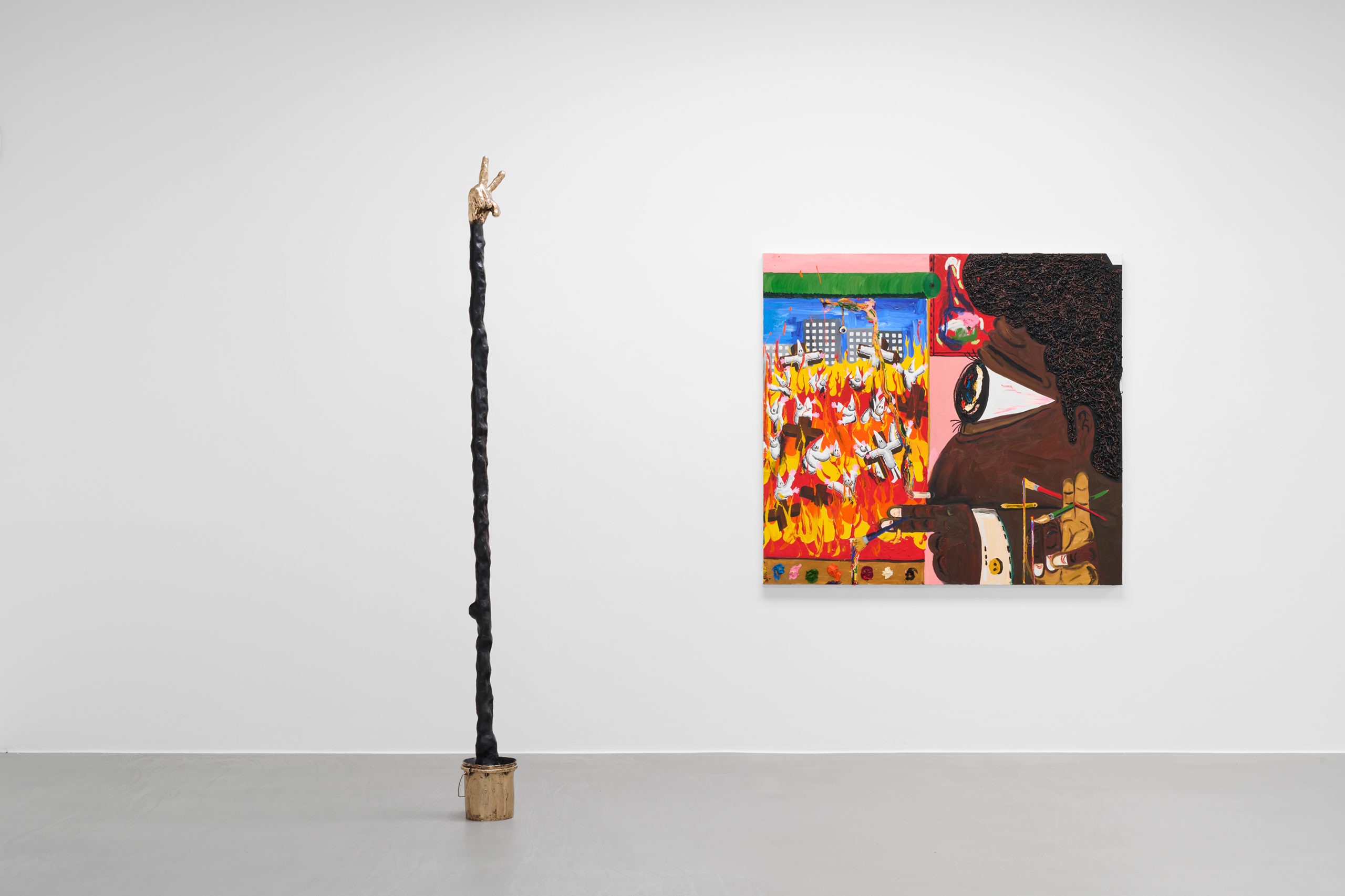