Three different groups of works span a common narrative, that cleverly appropriates the gallery’s space and makes it the stage for its dramaturgy.

The distinctive, flabby bodies of the figures in Maier’s paintings appear animalistic both in posture and behavior. In their longing for water, they form gestures that drift somewhere in a field between support and suppression, fight and cooperation.

Vases occur in all interaction and – in their function as a means of transport and storage for essential goods on the one hand, and their banality as domestic decorative objects on the other – evoke an ambivalence that frames the entire exhibition.

Their form emancipates itself, the vases are led out of the painting, becoming sculpture and installation in equal measure. In its three-dimensionality of large, bulbous forms with unsuitably small openings, the symbolism is continued by giving the ambivalence a physical presence.

The works’ own life seems to evolve further into a series of lamps in strangely humpbacked, organic forms. Becoming pieces of furniture they are inscribed with a certain profanity, a domestic coziness that is counteracted by the uncoordinated on and off of the light bulbs. They create an irritation that seems destructive, alerted and in its restlessness point out the impossibility of peaceful coexistence in the current manner of our social systems. 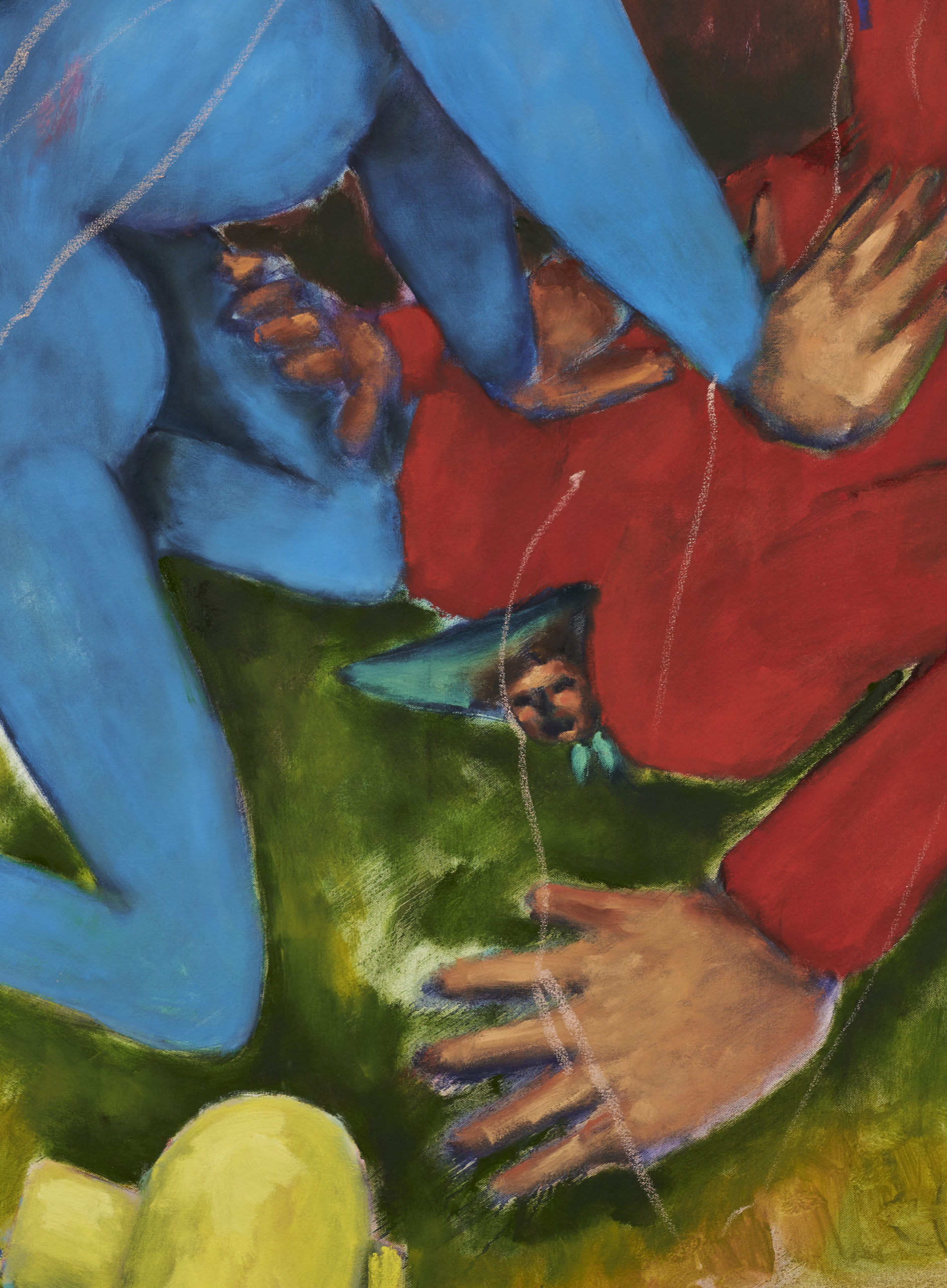 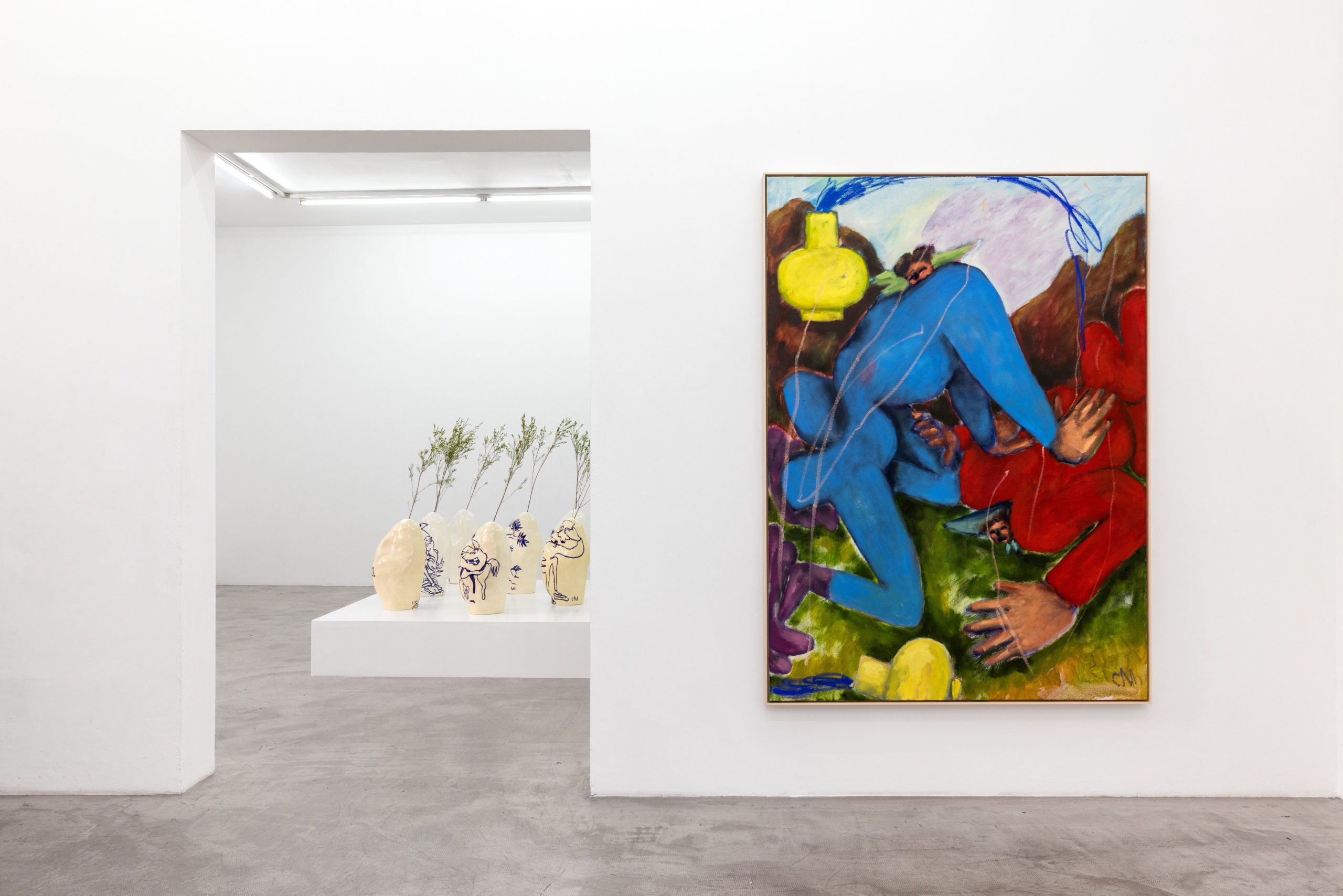 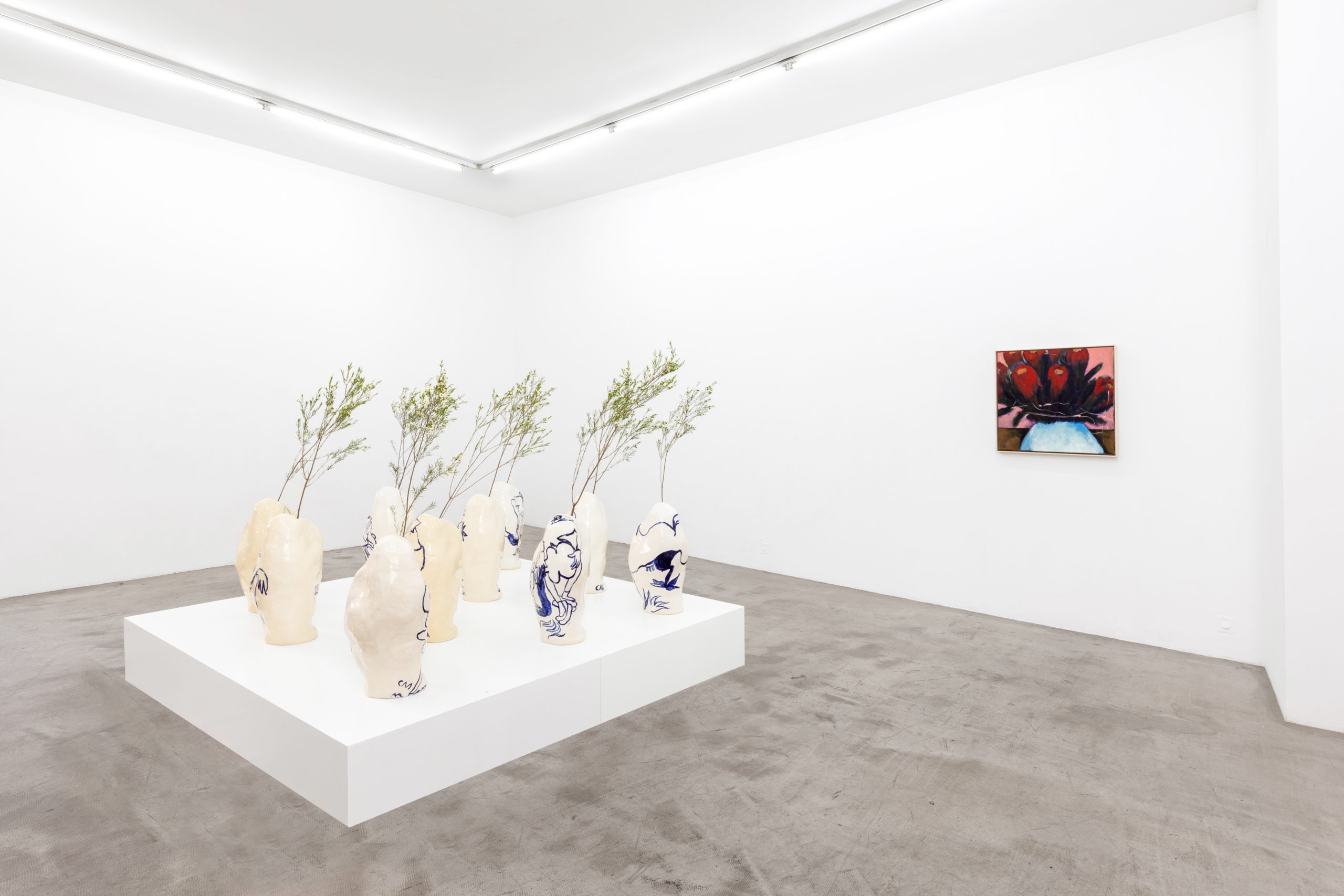 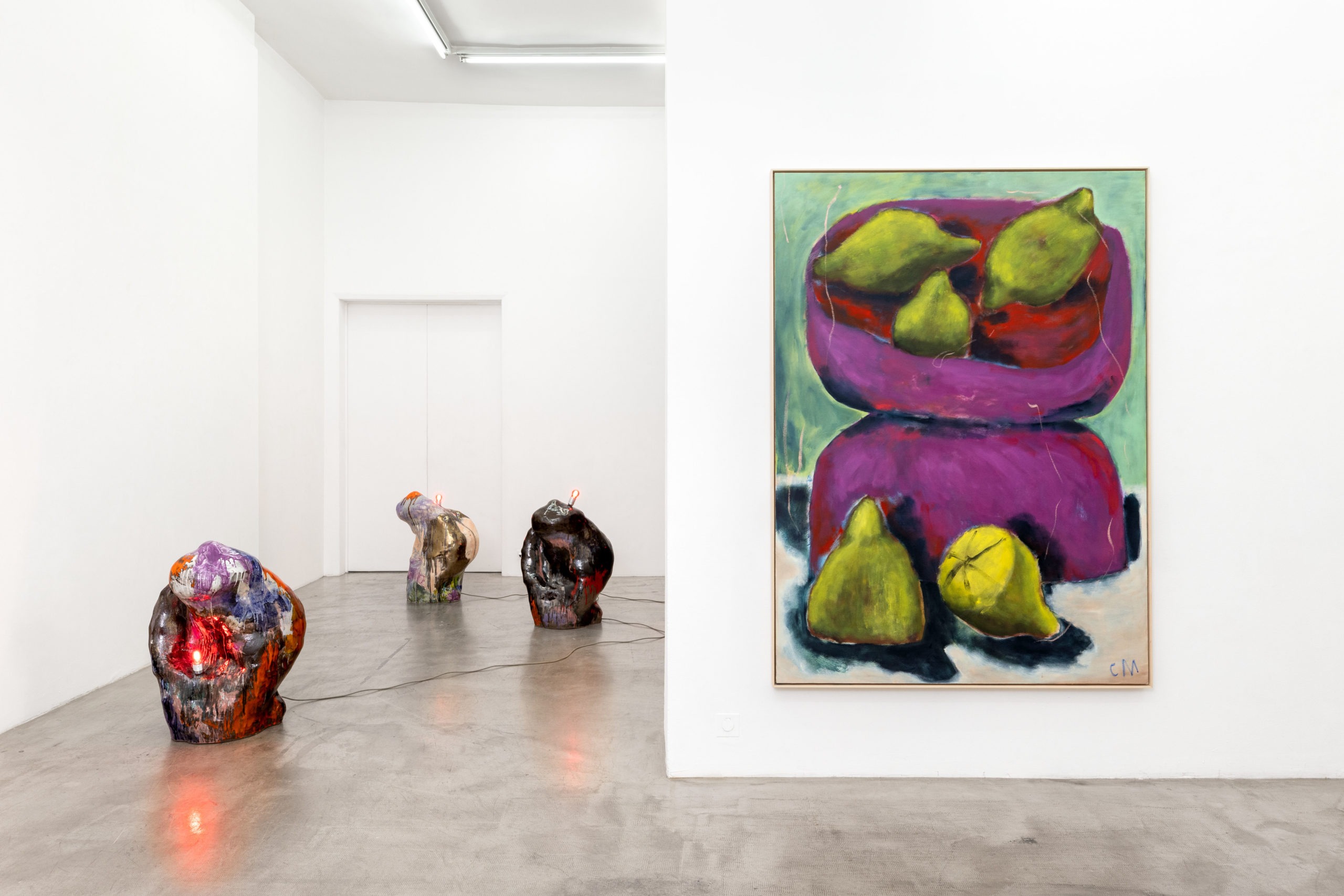 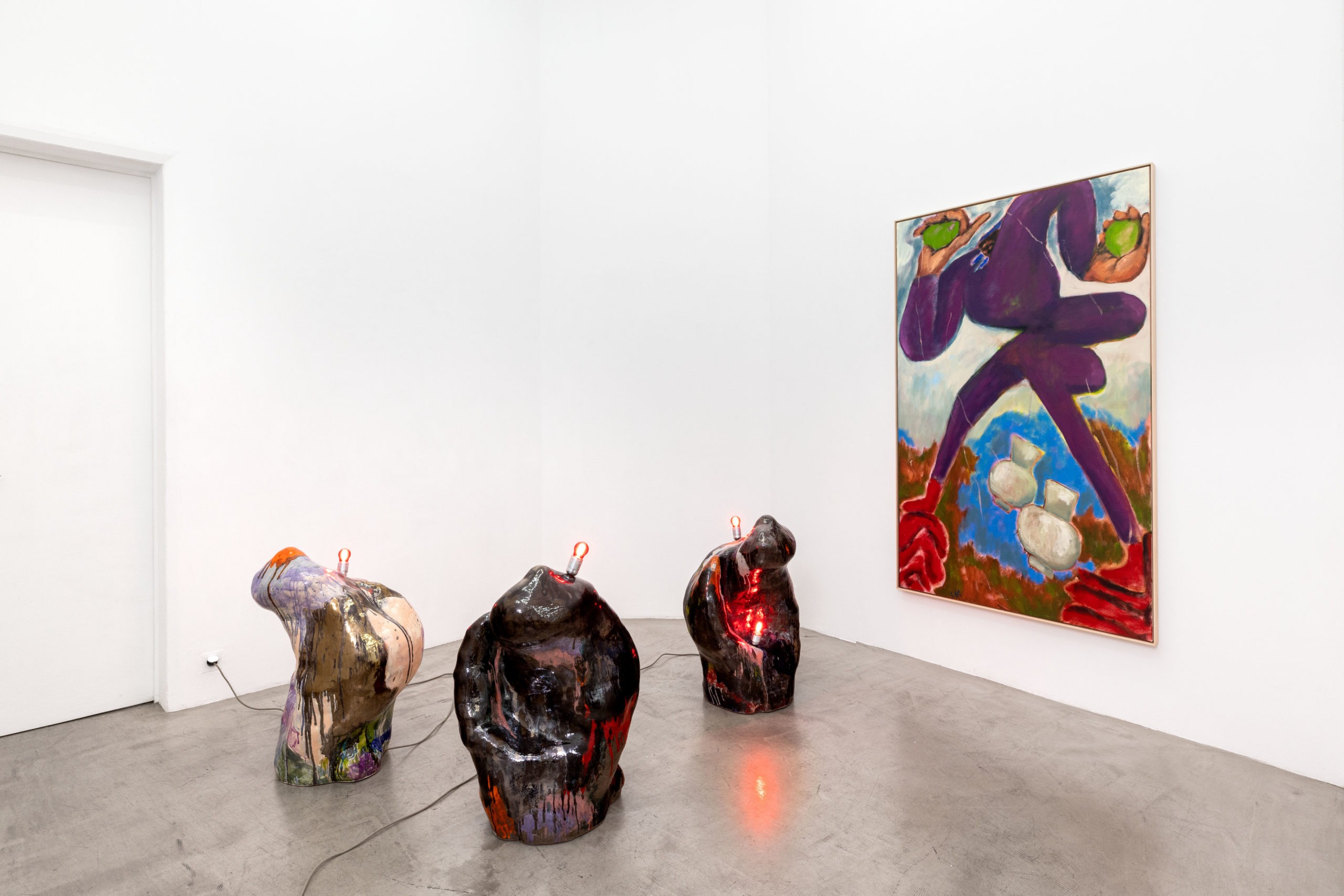 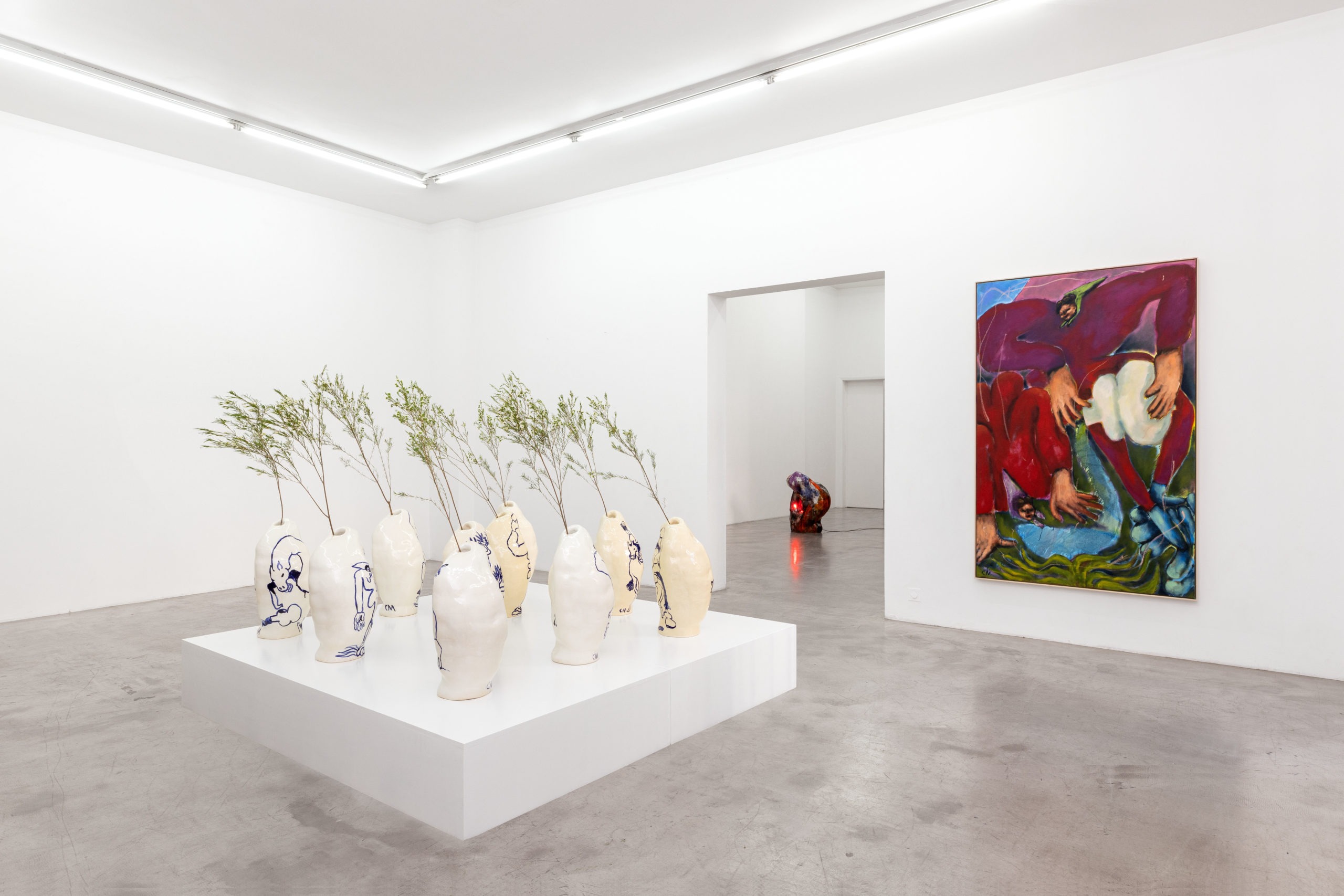