Habt ihr Bock auf Ibiza? is the fourth exhibition by Neue Offenbacher Schule – a coalition of six students from the University of Art and Design in Offenbach.

With their name, the group around Malte Zenses, Fred Besier, Mario Hombeuel, David Schiesser, Dennis Siering and Tom Król hints at art trends while at the same time, freeing themselves from accompanying expectations. While it has always been outsiders such as art historians, curators and journalists styling certain artist groups as ‘new school’, the Offenbach students did it themselves. With doing so, they refer to their location in a austere manner. The message: the city of Offenbach and its art university earn far more attention from the art world that they have experienced so far.

Even the title of the exhibition Habt ihr Bock auf Ibiza? has a specific geographical reference and transmits a critical cultural meaning. It is a quote from DJ Sven Väth who is a native from Hesse. During a DJ set in 2006, Väth asked this rhetorical question by microphone to the audience. With Habt ihr Bock auf Ibiza? the Neue Offenbacher Schule reflects a pop culture phenomenon and examines the extent to which popular culture charges themes with expectations and stereotypes. Does the addressee or consumer uncritically absorb the constructed meaning or is he strong enough to stand for the own position? Are you up for Ibiza?

The works on view can be seen as an answer to this question, but they do not claim unique validity. This is very plainly shown by the variety of artistic means, forms and expression. 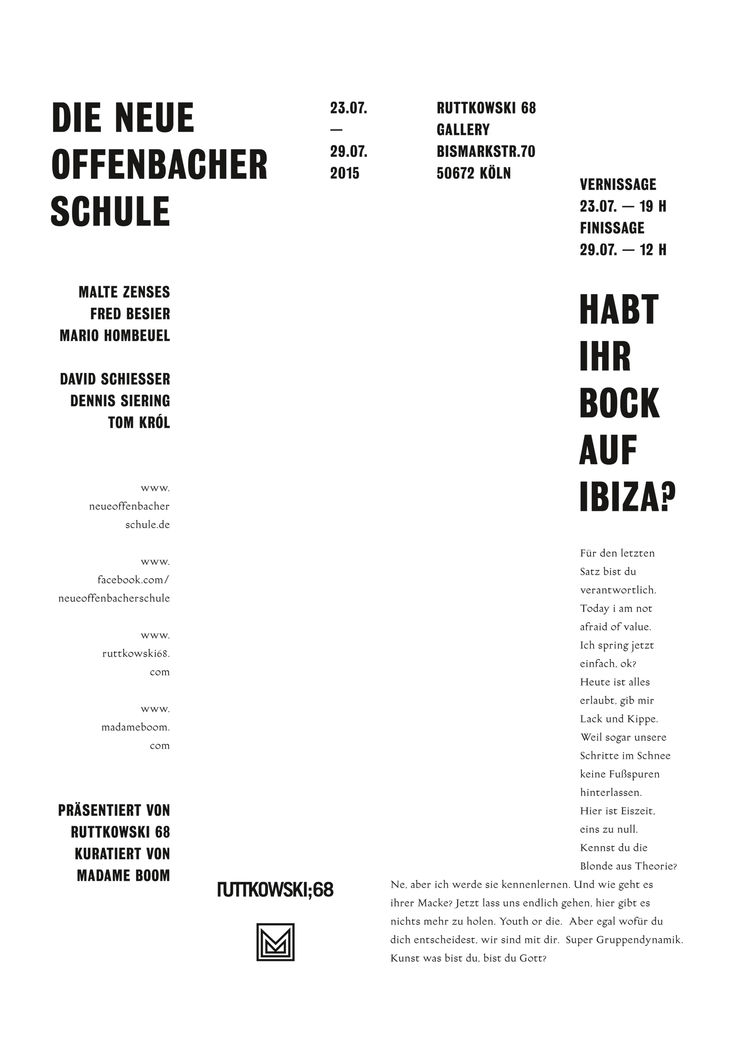 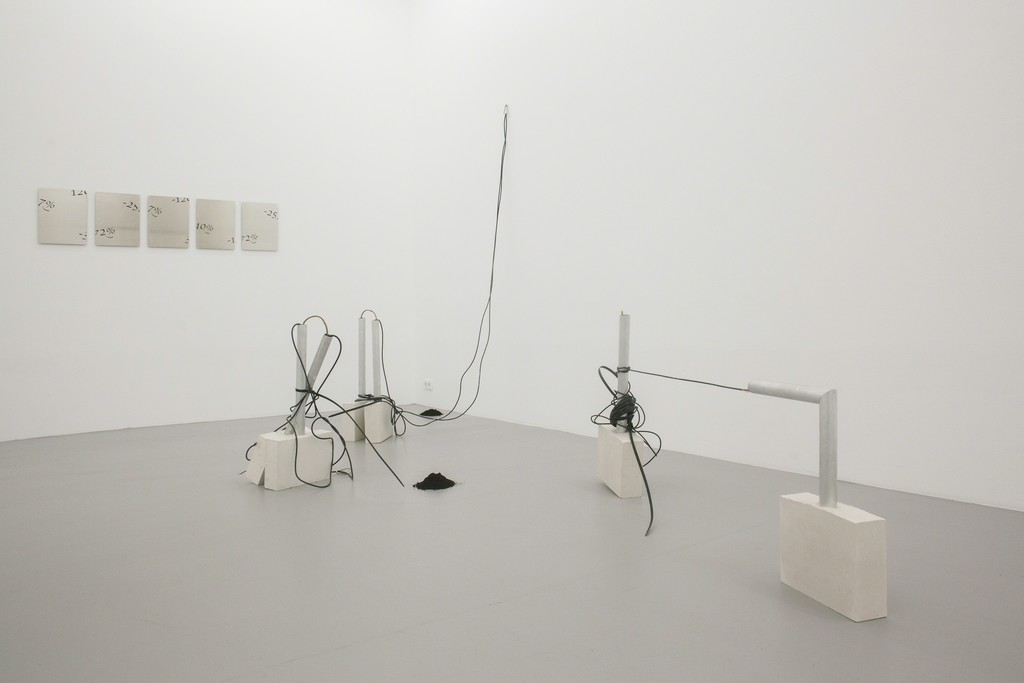 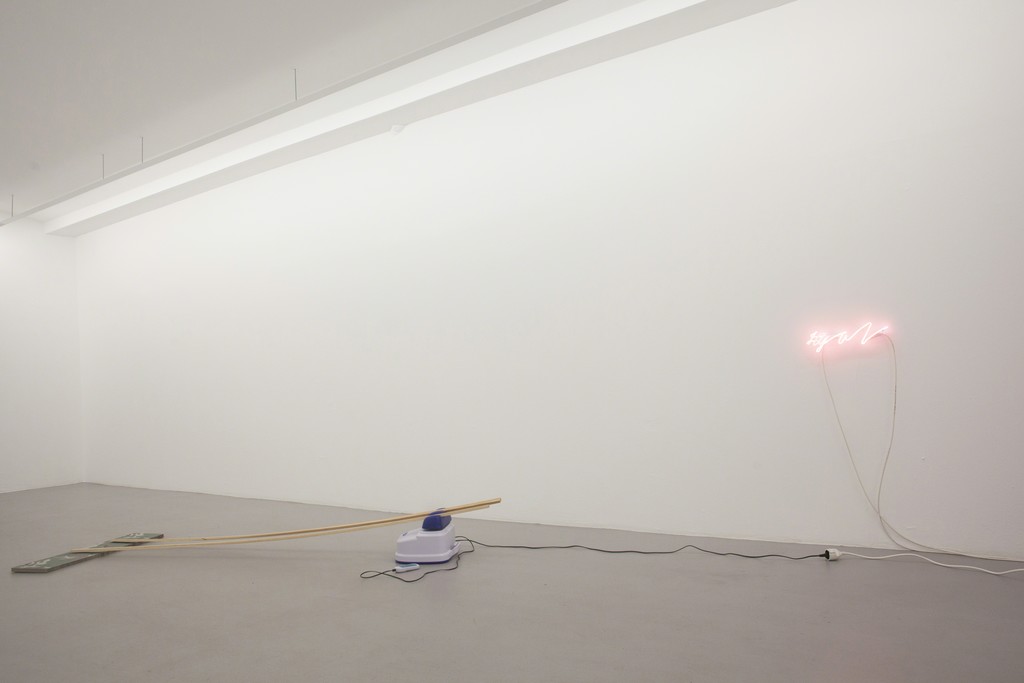