C.O. Paeffgen (b. 1933) isn’t about anything. Or to put it differently, C.O. Paeffgen’s artistic activities are an interrogation of reality, its possibilities and various layers. His works reflect the ubiquitous imagery of the media, which is already its own kind of reality. By interpretatively manifesting this imagery on the canvas, he transforms it into yet another layer of reality.

Following his “wrappings,” “circlings,” and the assemblage-like fruit and vegetable crates in which the image carrier became a stage, Paeffgen pursued painting for thirty years. A selection of these works will be presented at the artist’s second solo exhibition at Ruttkowski;68 titled Bildgeschichten. In these works, the Cologne native establishes a close painterly intimacy with the viewer’s visual memory. On the canvases, minimally presented everyday objects enter into a dialogue with relevant art-historical motifs, thus emphasizing how much the stereotypes and imagery of our consumer world are still influenced by the traditional iconography of various periods in art history. Neither the titles of the works nor the abstract descriptions of the individual motifs presented on them reveal much. A tension thus develops between reality and artificial reality, image and reproduction, that demonstrates how the histories before and behind the images are always a new and independent reality beyond the canvas. 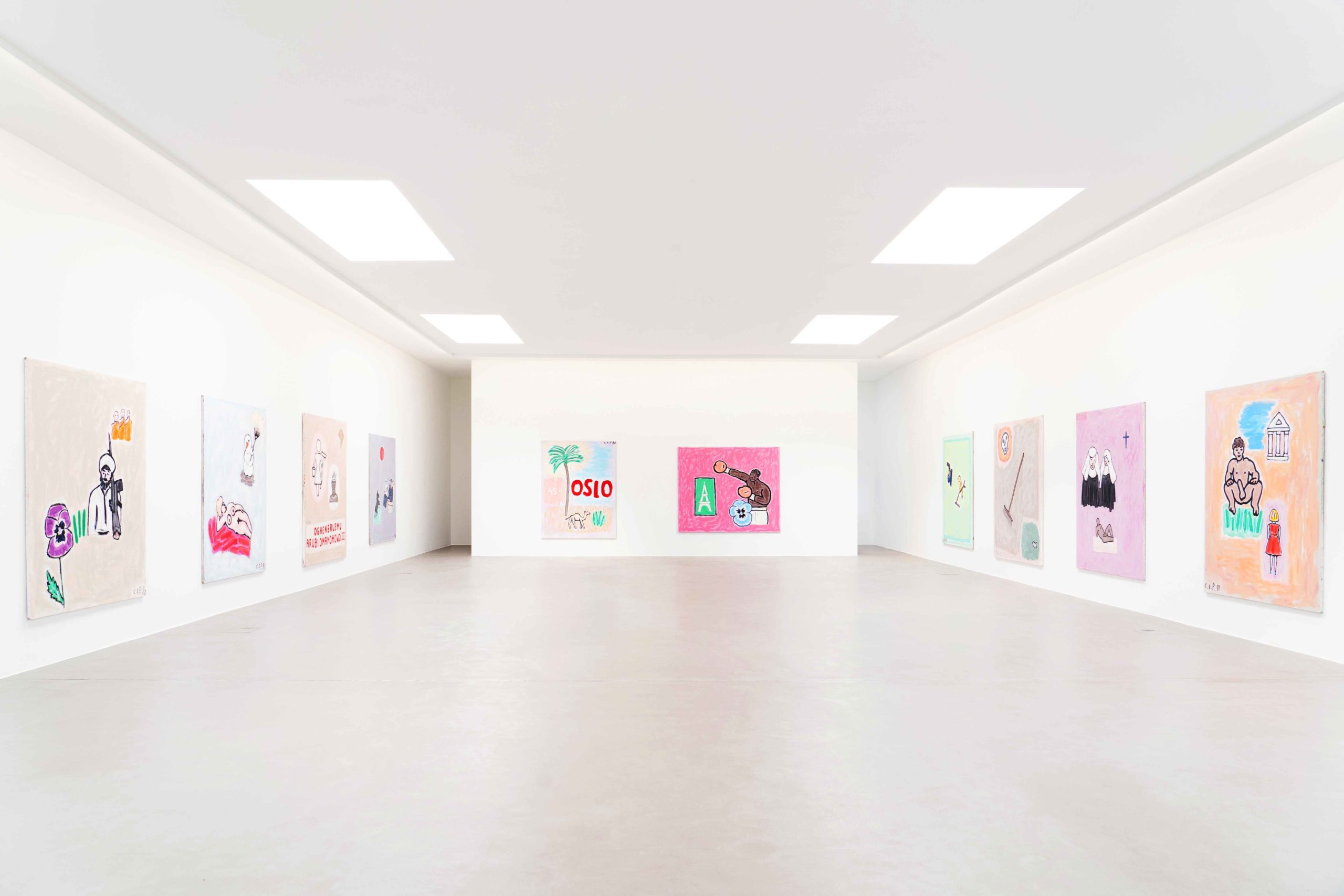 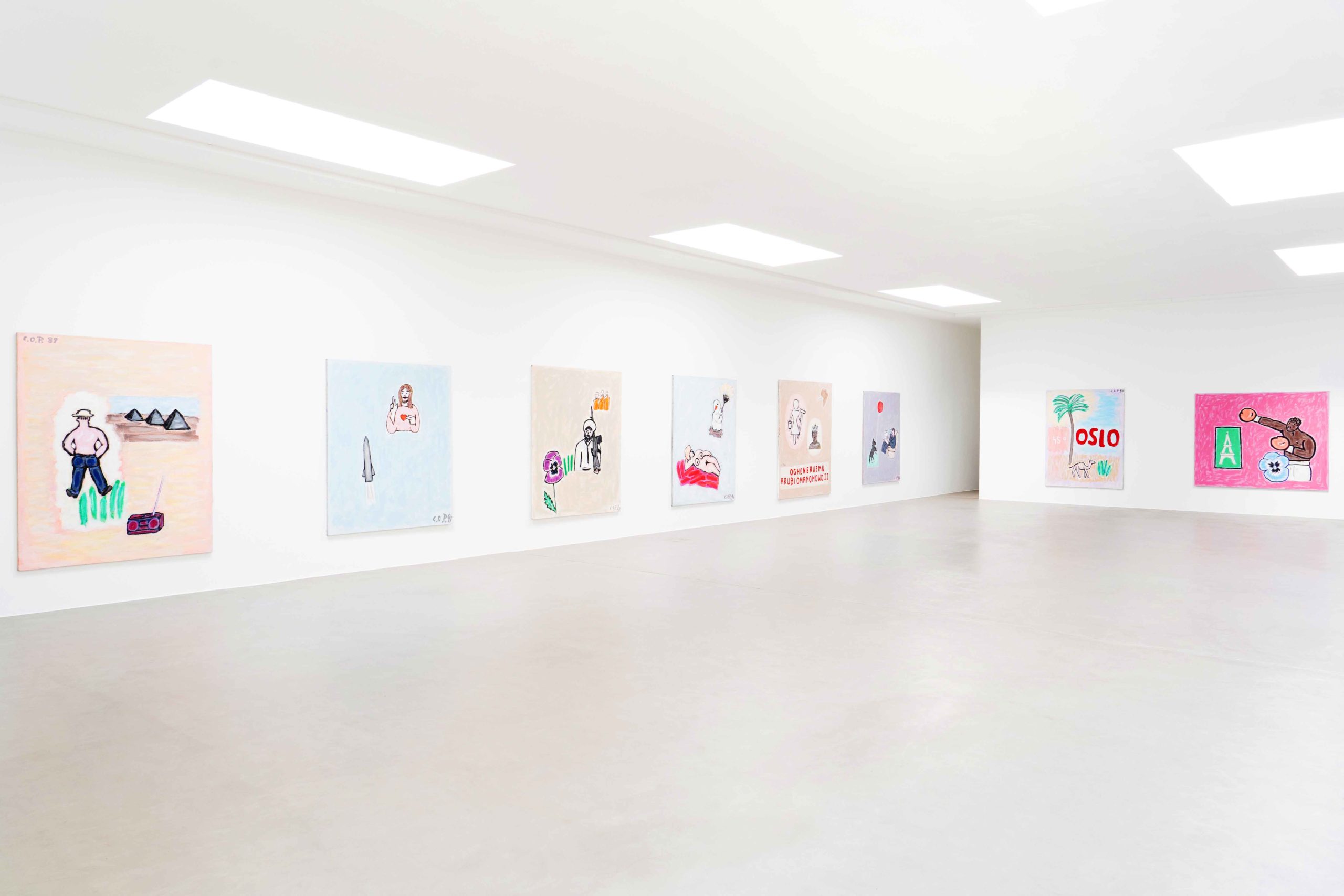 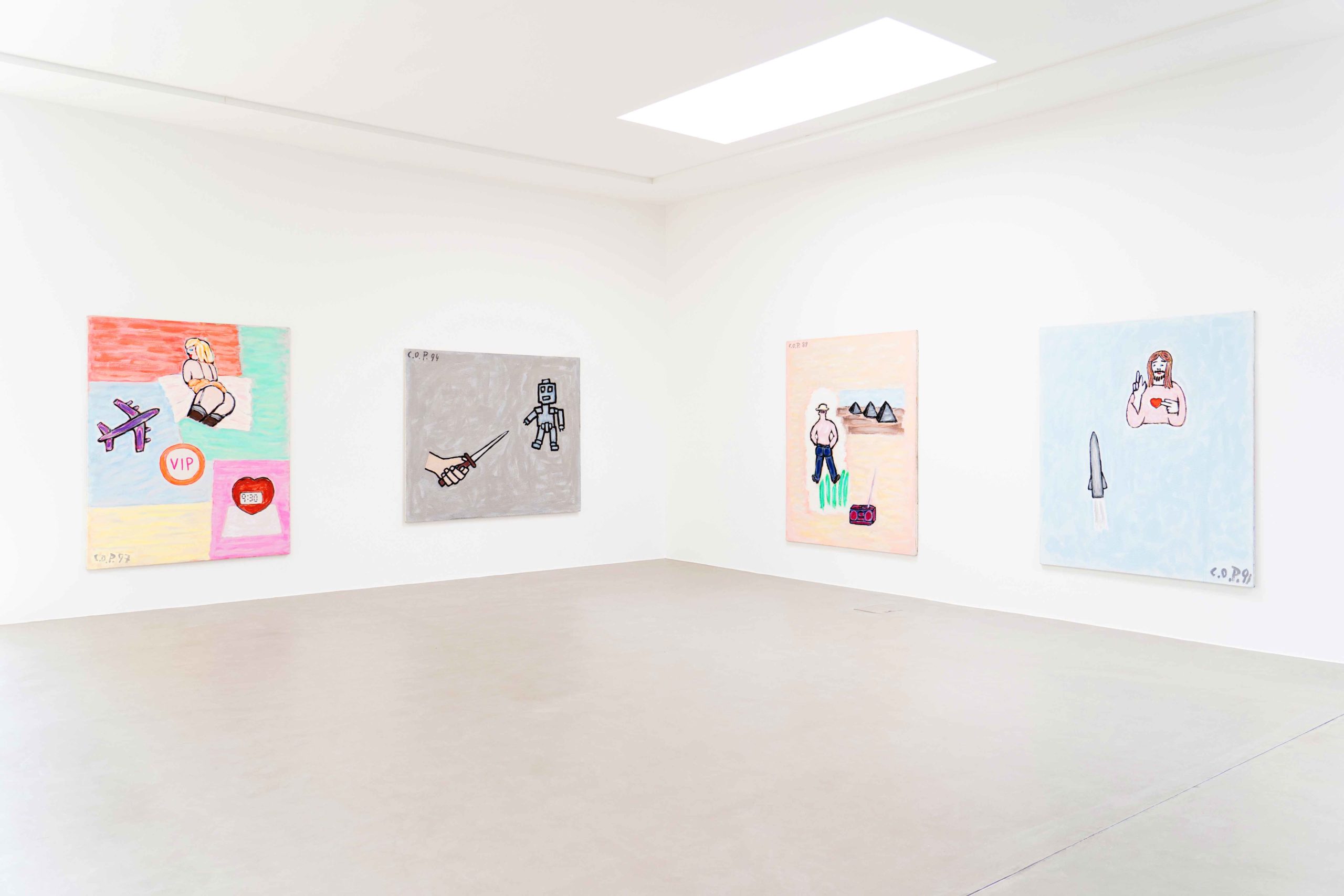