Stefan Marx deploys a variety of materials in his unique work: canvas, paper, and textiles. Media that go hand in hand with his enthusiasm for both the object and the carrier.

In ANOTHER WEEKEND, his third solo exhibition with Ruttkowski;68, the artist goes one step further and—as an additional medium in his oeuvre—is displaying porcelain vases that he painted. With their lettering and color gradations, the vases are in dialog with his innovative colorful canvas works, which, as a continuation of his previously well-known text images, are reminiscent of signposts and protest signs. On the basis of his observations, the artist reflects the perennial societal monotony of the weekend with the aid of reproduced sentence fragments and quotes.

Visible in the letters, which are outlined in color and sometimes shaded beyond all recognition, the proportions of the fonts are often drawn in a verbal or musical rhythm on the image carrier—though the music remains silent. The extent to which Stefan Marx is closely linked to the tradition of the Royal Porcelain Manufactory is demonstrated by his recourse to a prominent vase model that was designed by the Bauhaus student Marguerite Friedländer at the Burg Giebichenstein University of Art and Design Halle exclusively for the Royal Porcelain Manufactory Berlin in 1929. 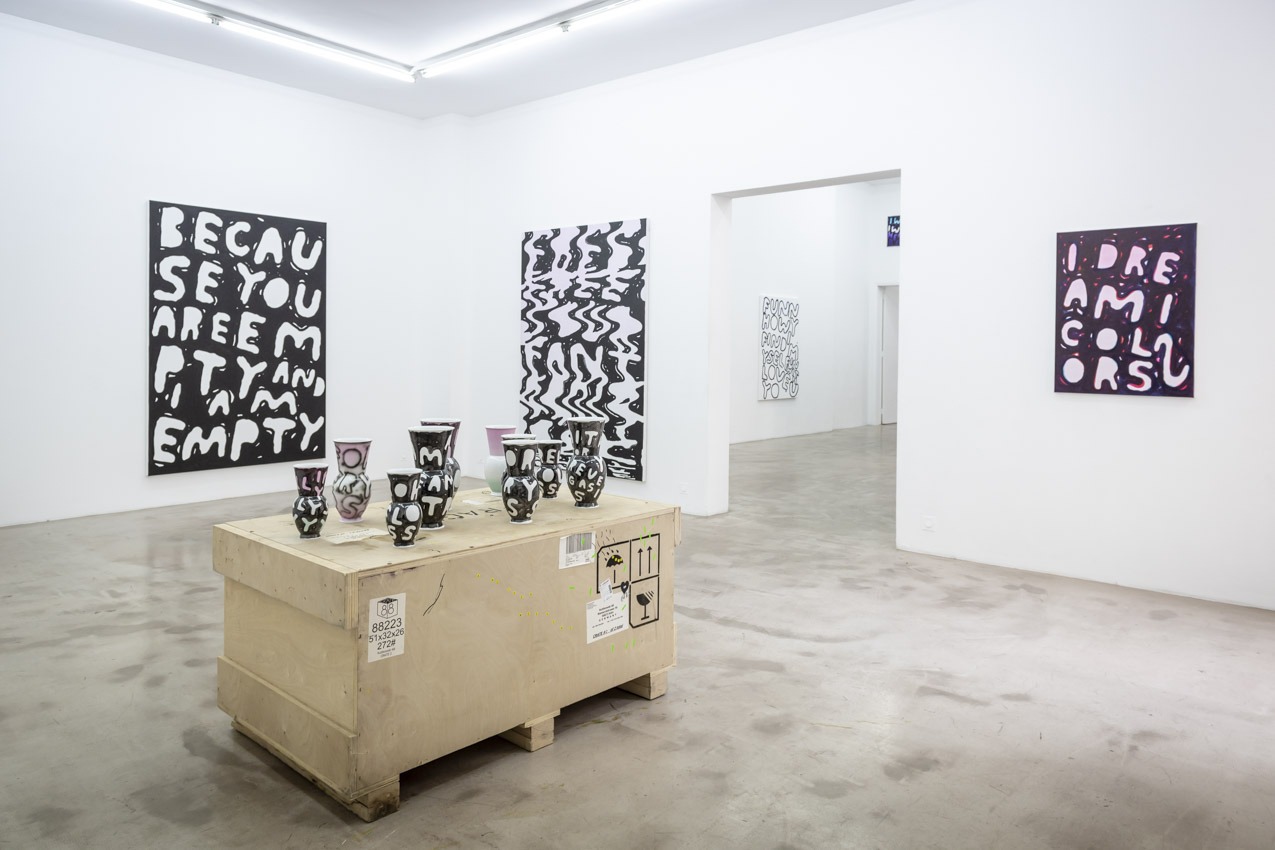