Pablo Tomek presents his solo exhibition Condemned at Windows;68 in Berlin. Tomek’s practice analyzes dynamics that emerge from moving and ever-changing cities – cities that are always constructed, always unfinished, and always further developed by workers. The artist uses urban materials and visual aesthetics that derive from construction sites and urban sculptural phenomena, thereby confronting these entities with his own poetic intimacy. By carefully scrutinizing and collecting deeds and gestures from recent, overt displays of movement by hardworking people, and by combing these with pigments and his own artistic intentions, Tomek creates pieces radiating fragility, movement, and an inherent force that originates at the very foundation of our society. When colored by different pigments, the construction of a wall becomes a concrete pretext to sublimate the banal, to magnify the plasticity of mortar-on-cinder-block. In so doing, Tomek preserves a joyful spontaneity and poetic innocence, which he conjoins with the banal urban reality we inhabit in our everyday lives. Some form of duality is also suggested by his terrycloth canvases, which oscillate between mundane white surfaces and diverse painterly gestures – as if one might thereby see the organic in the artificial. The artist reveals pooled forces that can be understood as elements of poetical narratives, so exposing the primal energies of contemporary society. 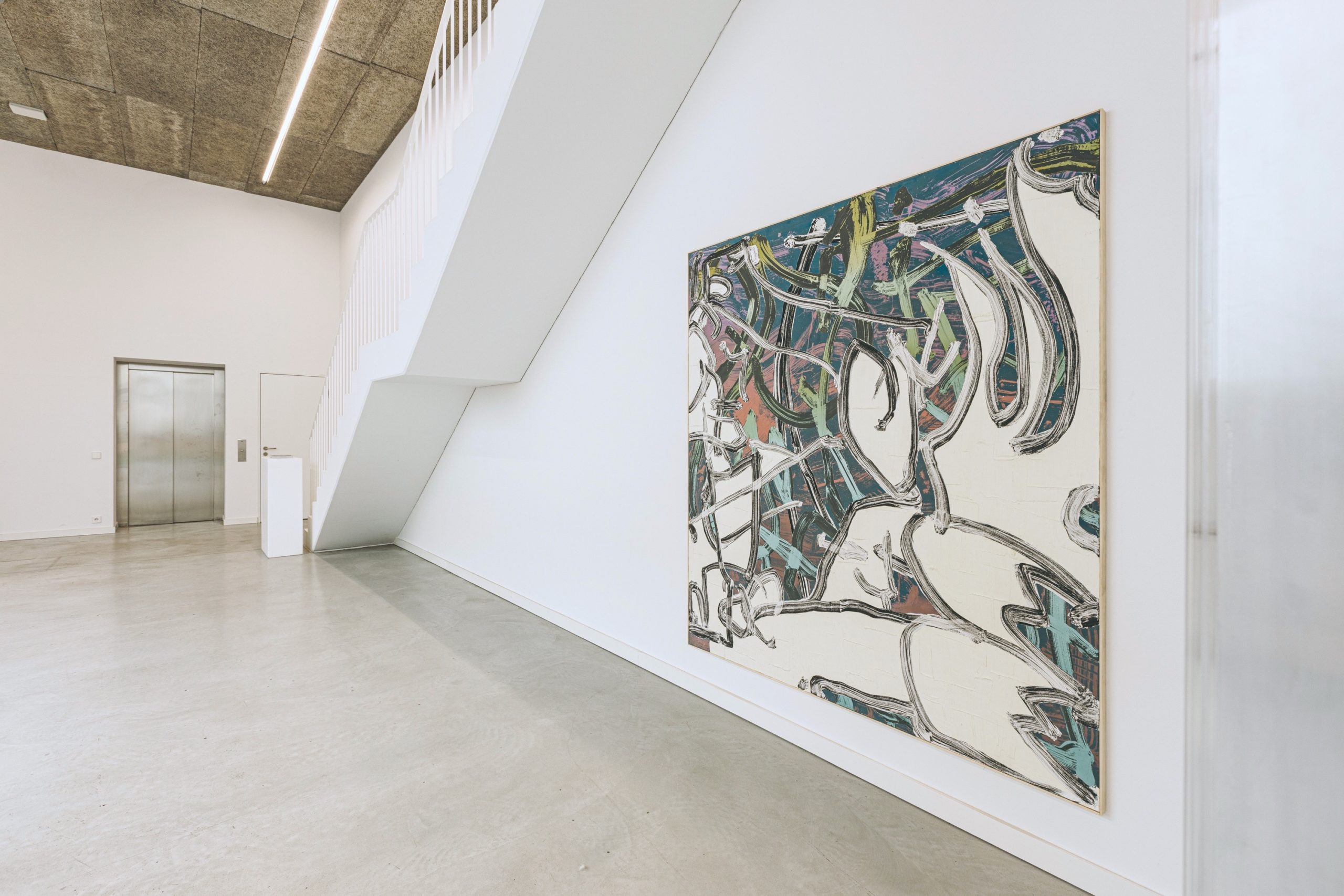 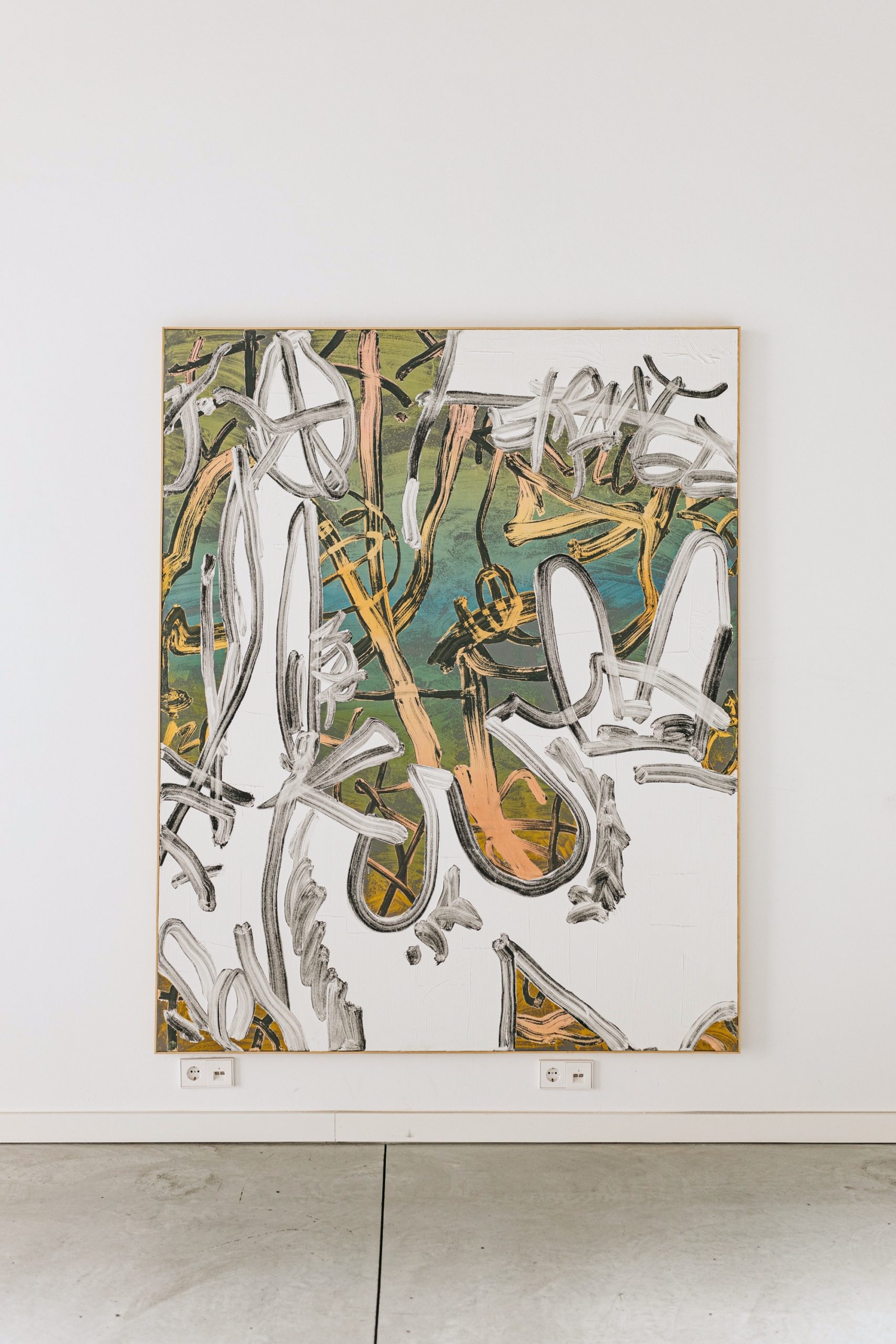 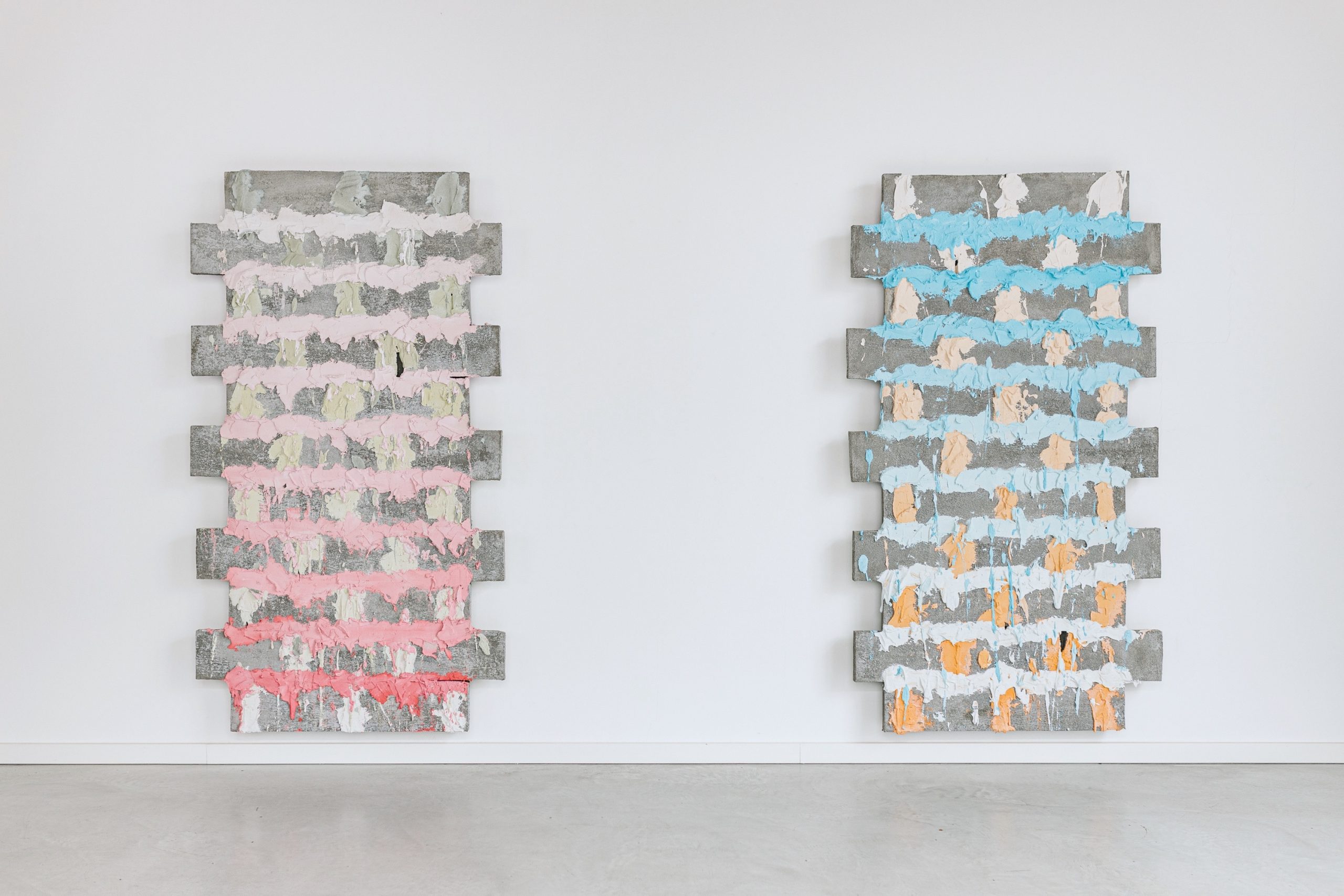