The figures in Mark Whalens’ works often appear to be in a state of unrest; whether amongst an angst-ridden room full of frenetic activity or metaphorically, where the state of mind appears trapped within a combative juncture. In past wall reliefs, Whalen used construction netting to capture, cordon and compartmentalize the distinctive characteristics of his figures as they shift under the weight of societal pressure through this ever-changing global economy. In Bindingswe see the net make way for rope. Across a new large-scale wall relief and suite of watercolours, presented in linear formation much like a filmstrip, Whalen has his figures – androgynous beings – also strapped down and bound. Rather than being ‘caught’, these figures are instead tied to their subjects. This variation, seemingly slight at a cursory glance, is a significant shift in the artist’s intentions. It suggests cause and effect, not self-inflicted undoing. Although not visible, there is clearly another party involved, and with this idea comes the uncertainty between play and malice. Accompanying these works is a series of paired heads, floating on the emptiness of the white gallery wall. In their gender based pink and blue, these reliefs immediately present as portraits of a couple. Although expressionless, Whalen alters our reading of each by reconfiguring their placement against one another. Again bound by ropes, we see the struggle of power – an emotional problem solving as Whalen describes it – unfold before us. Finally, a cast aluminium bust rests on a plinth in the centre of the floor. It looks to be stunned; seized by the concentration required to keep the tennis ball on the top of its head from rolling right off. However, this is not simply the tenuous balancing act of an object that is repetitively hit back and forth ad infinitum, but the symbol of a character whose own propositional attitudes similarly fail to rest at any one moment. As we approach to look more closely, we can’t help but question if this projected anxiety is actually a reflection of our own. Whalen’s Bindingscontinues his study into the complexities of displacement and positioning that we, as both individuals and a species, experience through our evolutionary trajectory and consequential states of being. 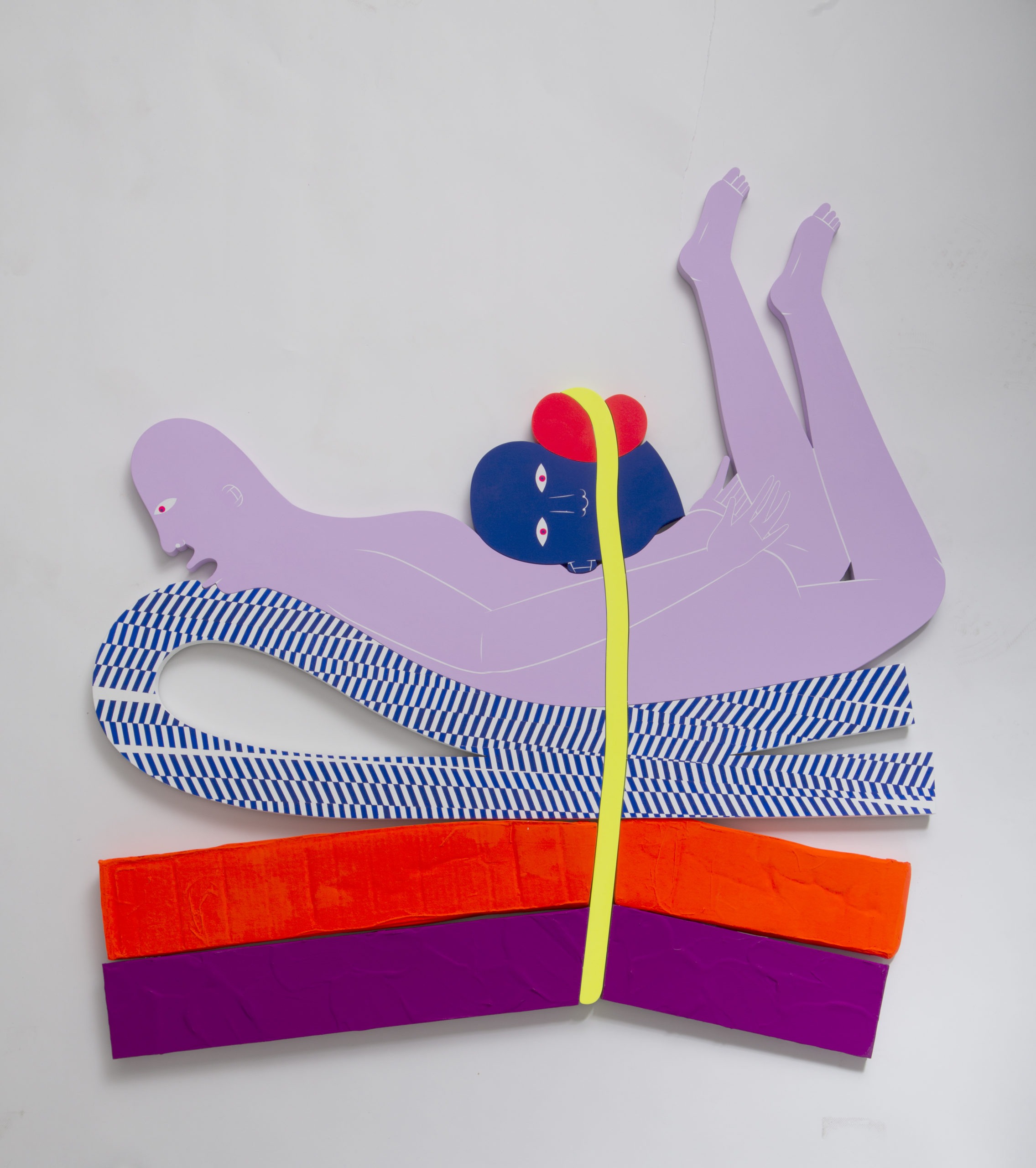 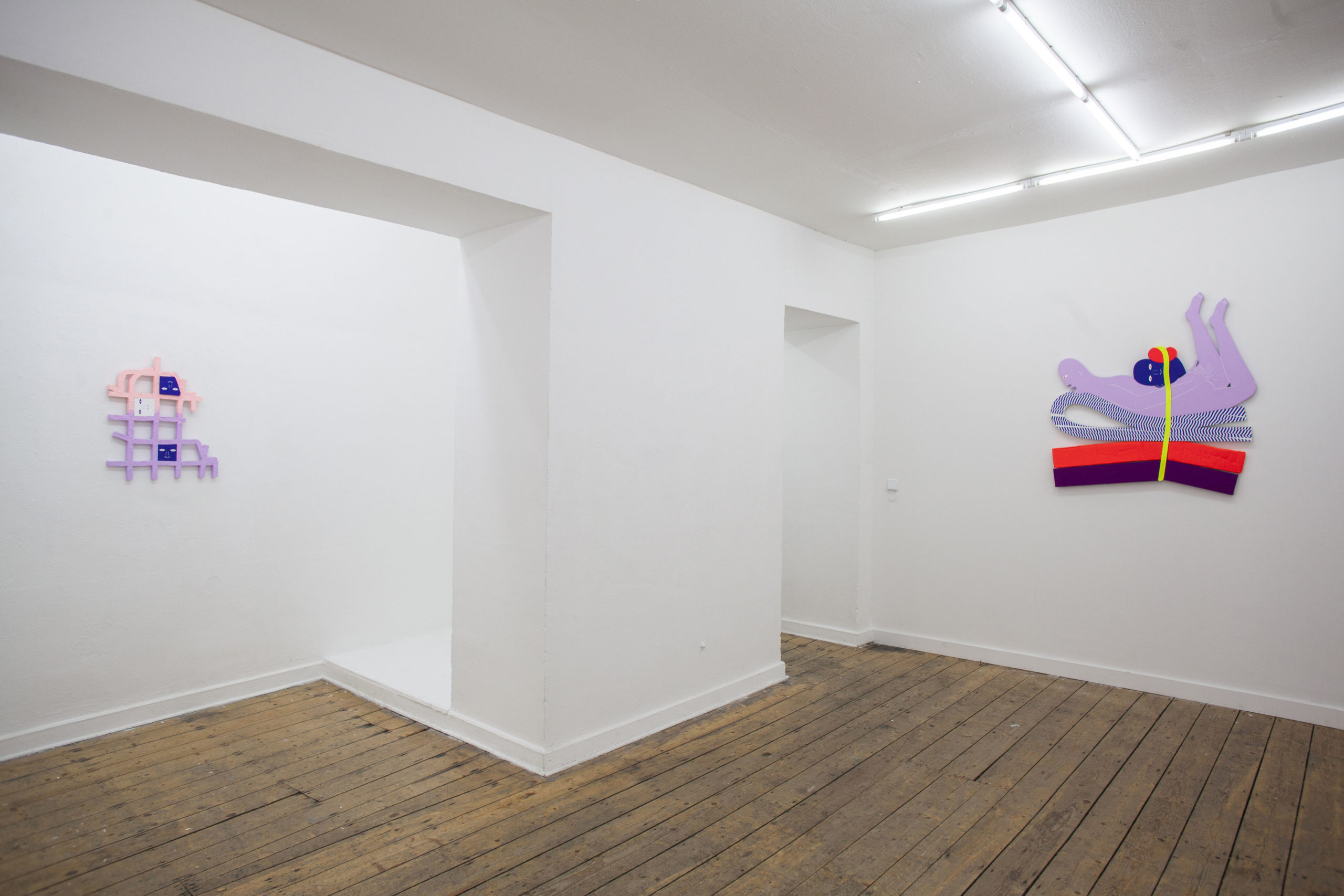 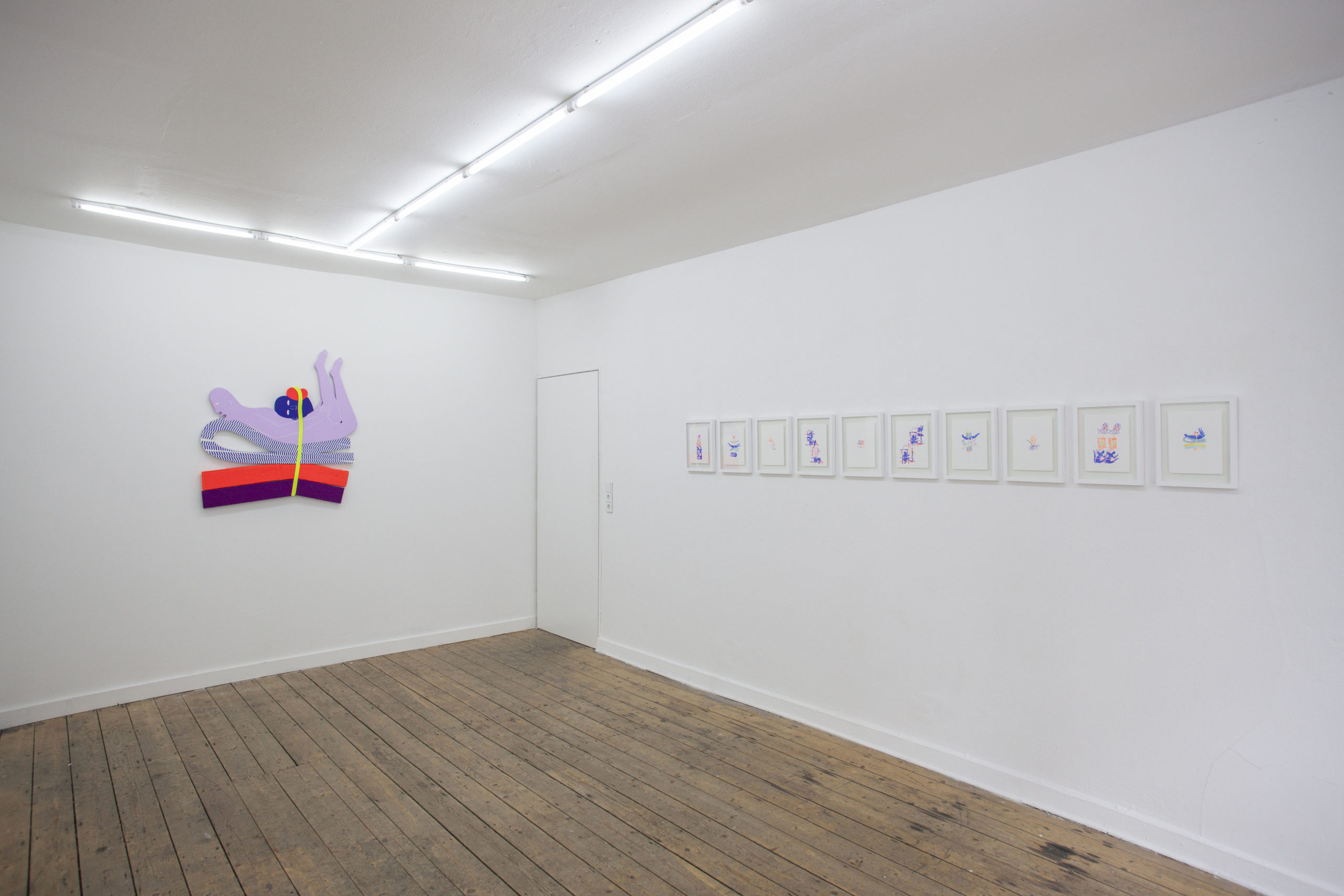