What kind of cultural formulations are artists able to come up with nowadays in a social climate in which supposedly objective system relationships increasingly determine individual subject ivity and identity? At a time, indeed, when both technological progress and the promise of happi ness heralded by the new economic dispensation mean an intensified forfeit of one’s own world and individual body, which, in such a scenario, becomes a mere virtual vehicle of the technological?

The Spanish painter Santiago Lara intertwines diverse picture elements, interlinks a plethora of narrative codes, and collates an entire epitome of narratives styles within the web of a single fabric of intricate Ariadnian picture weave. All the works of Santiago Lara bear the perturbing and strange elements which in fact, as claimed by Siegmund Freud, are being familiar, but they are not allowed to come out in the open as they seem too close.

When someone observes the artworks by Lara, they realise that behaviour and action cannot be explained through a recourse to memories but only in relation with the laws of the symbolic, which are materialized through repetition.

However, the psychoanalytic theory of the unconscious implies a conception of recollection. An artwork by Lara is not only a place, to which someone returns through recollection. The unconscious turns into a theatre stage, from which repetition acts as “recollection forwards“ and at the same time it consists of a secret domain, which can be revitalised by the subject narrating it and carrying those marvelous white textiles.

Freud’s allegory of the room, in which desires and fears congregate like individuals, finds its formal and thematic counterpart in Santiago Lara´s works „Avistamientos“. The psyche is not an archetypal inner entity, but the site of the introjection of social and cultural experiences.

Lara’s paintings consist of unpenetrable psychological texture, which reflects a mirror-inverted image of the history in its entiretly. Are the cell-phones, cameras or tabloids shown in the paintings the thread of Ariadne, a symbol of a rational procedure, which methodically makes the labyrinth of meanings accessible in such a way as to master the hidden destiny?
In other words, his constructions consist of rows of subjects interlaced with each other in multiple ways, which mutually reflect, overlay and cross each other, therefore making a naïve approach impossible. The represented individual is not as important as the compilation of elements, playing with layerings and levels, a bricollage with components of diverse mental maps in combination with philosophical labyrinths.

Santiago Lara breaks through the dualism of subject and object by allowing his motifs and protagonists to drift along without restraint. His works evoke emptiness, absurdity, as well as instances of points being missed, and also allude to psychological contexts. In “The Order of Things”, manifest emptiness remains for Foucault the last possibility of a refusal in the face of superficial compliance and represents an investment in nothingness: “It is no longer pos sible to think in our day other than in the void left by man’s disappearance. For this void does not create a deficiency; it does not constitute a lacuna that must be filled. It is nothing more, and nothing less, than the unfolding of a space in which it is once more possible to think.”

In this case, the painting as methodology of scientific knowledge and mythical thinking refers to Claude Levi-Strauss, who collates art as occurrence with structure in the formation of a certain way to treat materials.

The works of the Spanish artist demonstate fragments, which seem to refer to something bigger and as they combine portrayed they make us turn our look into the reality. They are the result of the combination of secondary elements, which are created by themselves and nest in their preserved memories. They follow an intertextuality, which consists of a plurality of subjects reacting against each other, being mutually transformed and cancelled, so as to establish their own regularity and order. Lara’s scenarios are an open theatre stage (sightings) reflecting the ambivalent relationship of man with nature and culture. Through a dislocation of context his fragments undergo a nobilization procedure and escape from the pure self-referentiality of art. The hybrid constellations and the constrasting of different contents also involve the “Outside“. The viewer is called to synthesize the empty space and experience an active consistency of esthetical perception through the structure of the artwork which remains uncovered. Through his work the artist questions conventional expectations on paintings and their perception potential as cultural affiliation technique.

Lara’s aesthetics defines itself from the indifference of art and craft. Thus it dissolves clear distinctions between avant-garde and mass culture and reveals the mechanisms of importance of the culture industry. His work is a reflection over the potentials of paintings in the era of media, thus rescuing art from the need to barely maintain itself and be banal.

As Michel Foucault stated in 1969, „Ariadne’s thread is torn“, a phrase which in relation to Santiago Lara’s works means that there is an interconnection between irrelevant elements and „that what is hidden on the inside, the additional stuff, is what actually matters“ as Slavoj Žižek said. 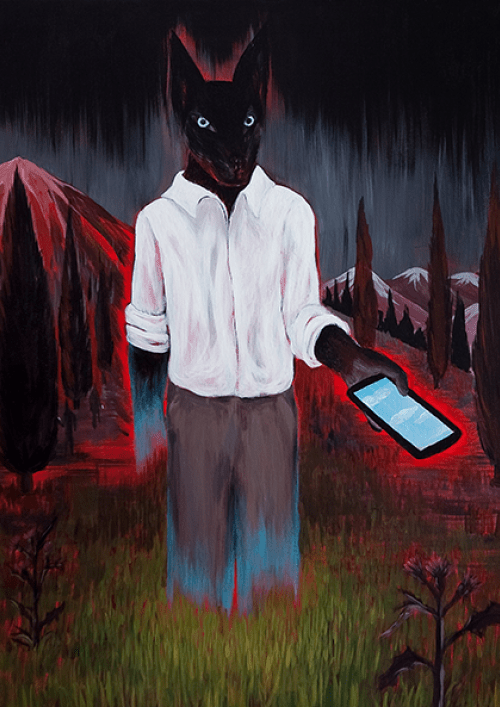 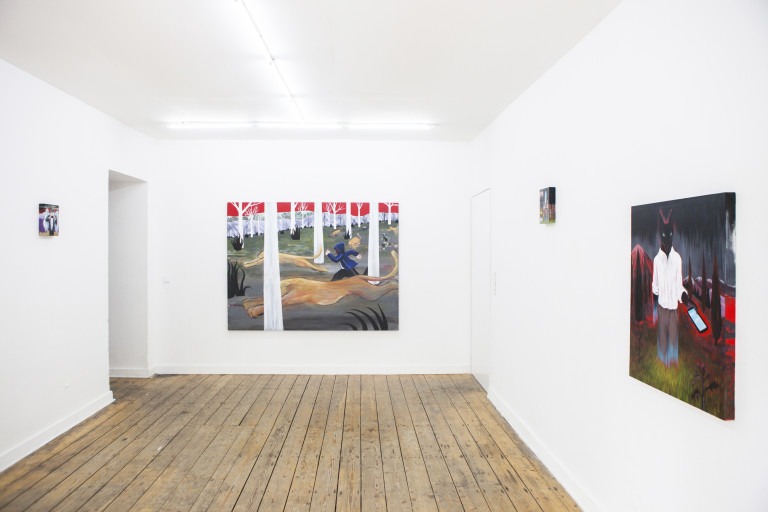 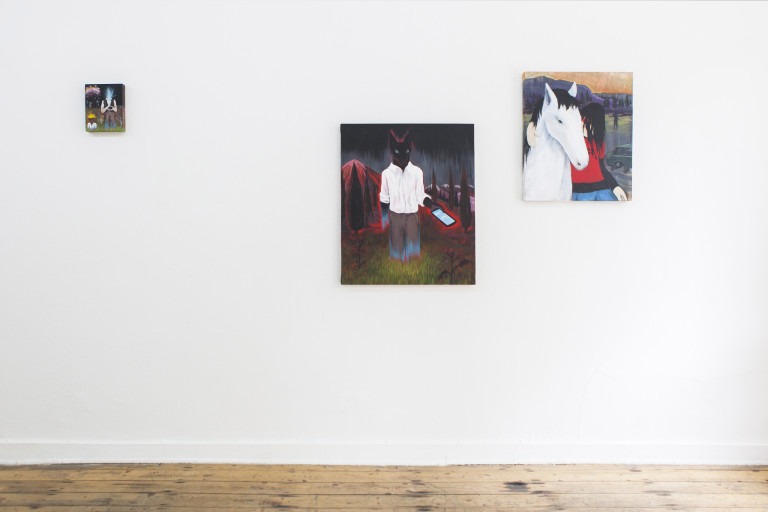