Devin Troy Strother’s solo show Lignes Noires presents new artworks that seem at first glance disconnected from each other. The seemingly unrelated motifs of roads, figures, and basketball courts are disjointed until one considers the name of the show, which is the common thread connecting these themes. An asphalt road cutting over a hill, demarcations on a basketball and basketball court – all of these can be abstracted as or depicted by black lines. Even the paintings depicting groups of disjointed figures – anthropomorphic animals, stars, letters, plants–have black lines in common (in their cases, thick outlines separate these figures from each other and the background).

The connection to black lines runs deeper still when one realizes all of the cutouts in this body of work started off as drawings made by hand; the black marks made from graphite on watercolor paper are still visible in some of the works. 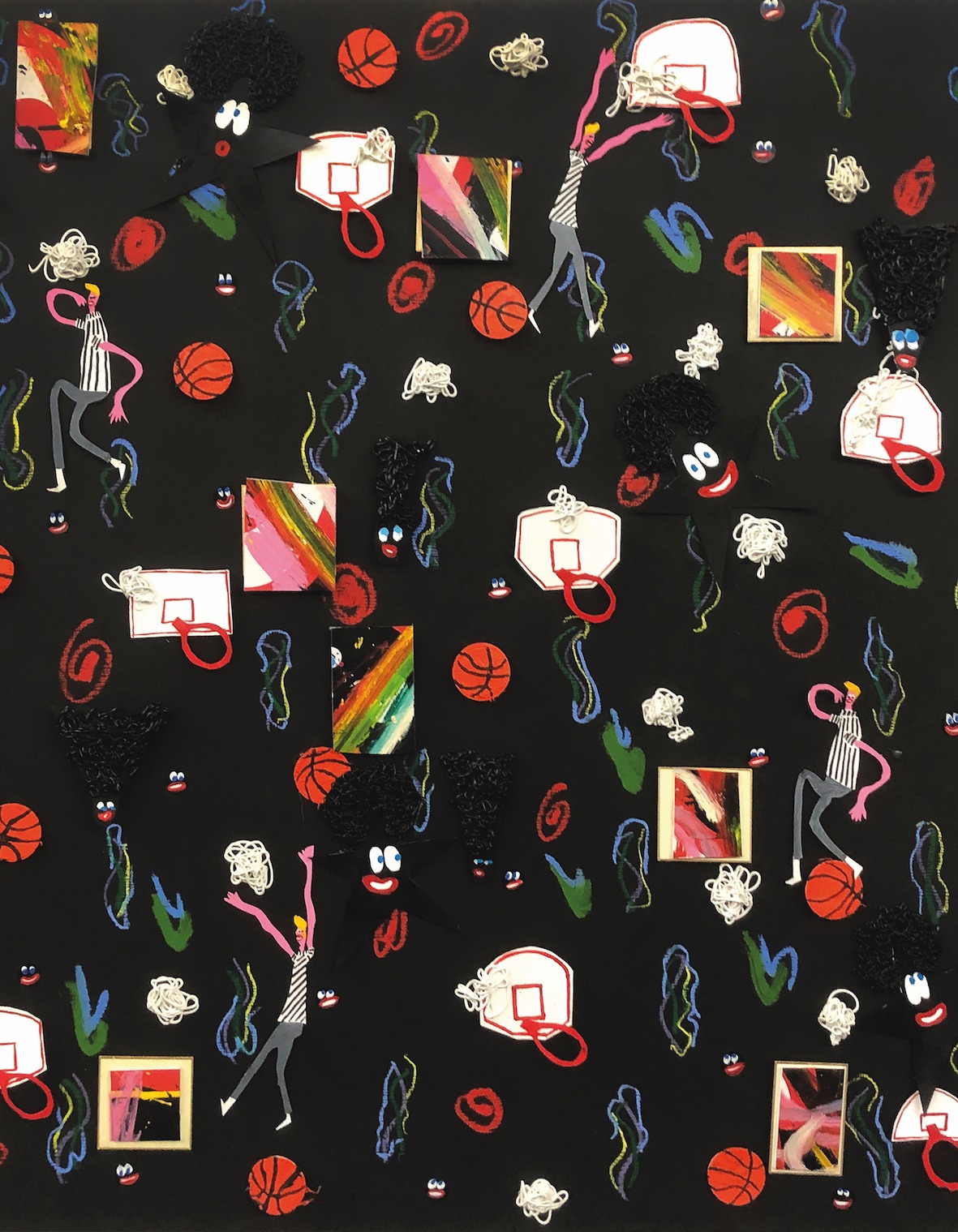 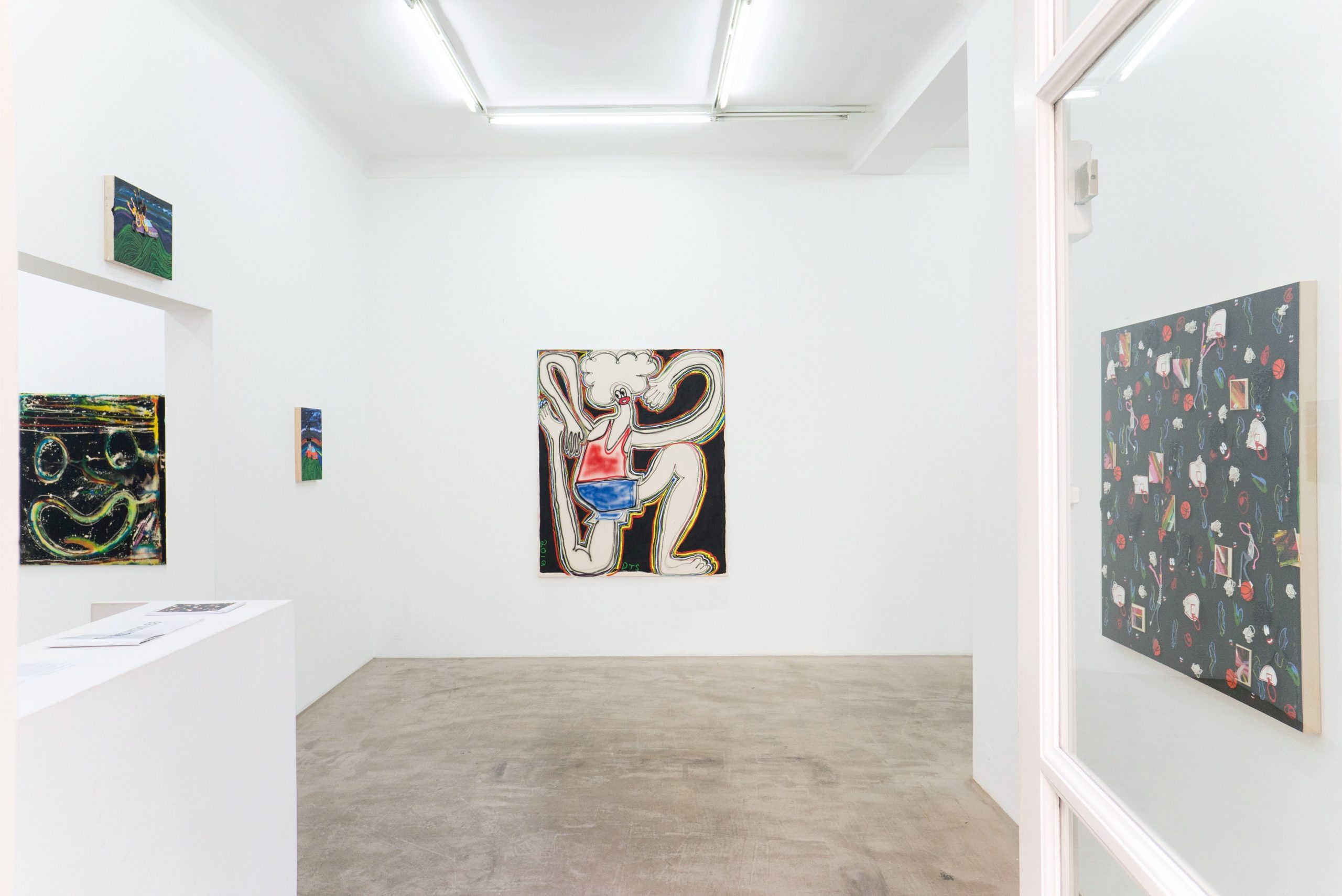 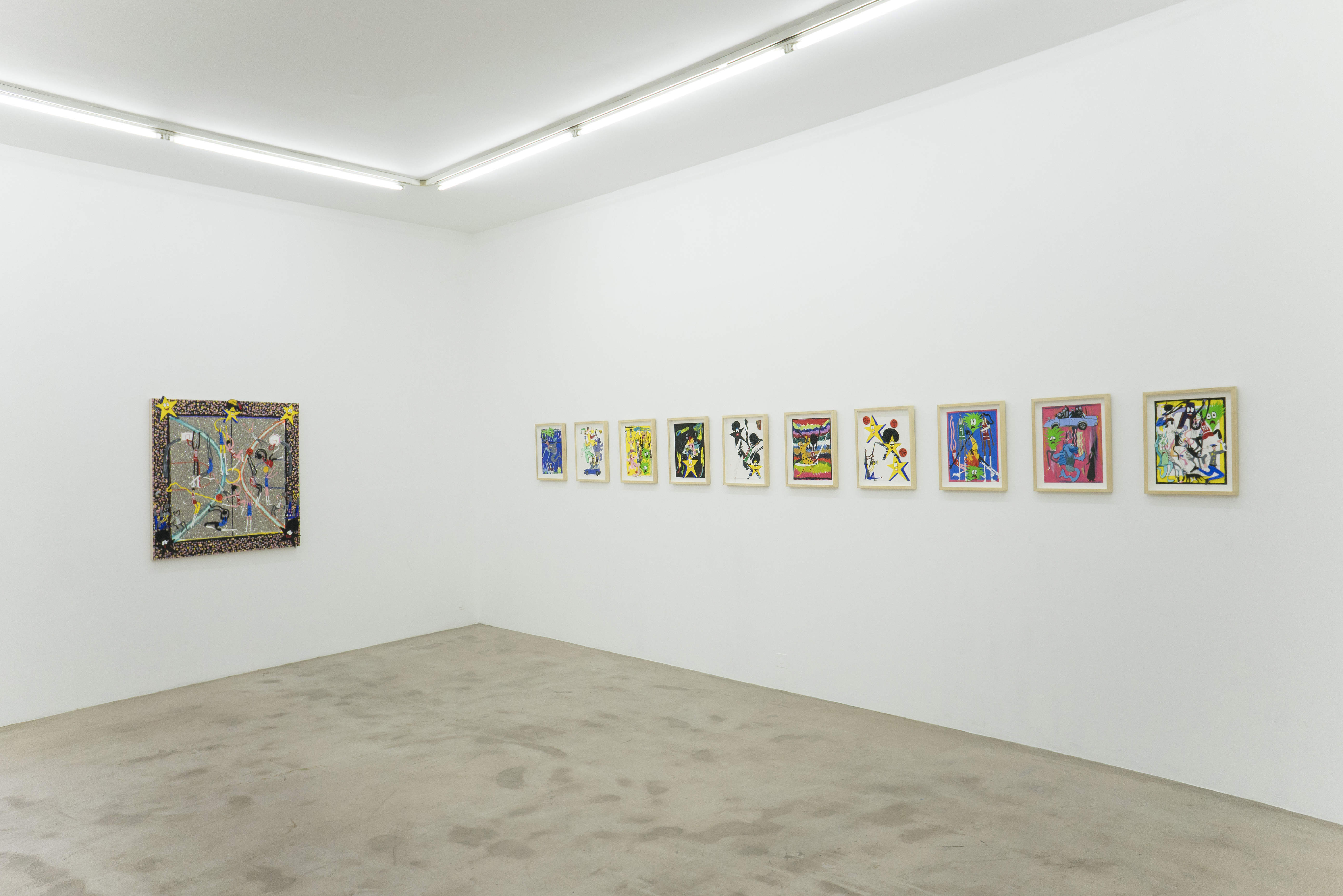 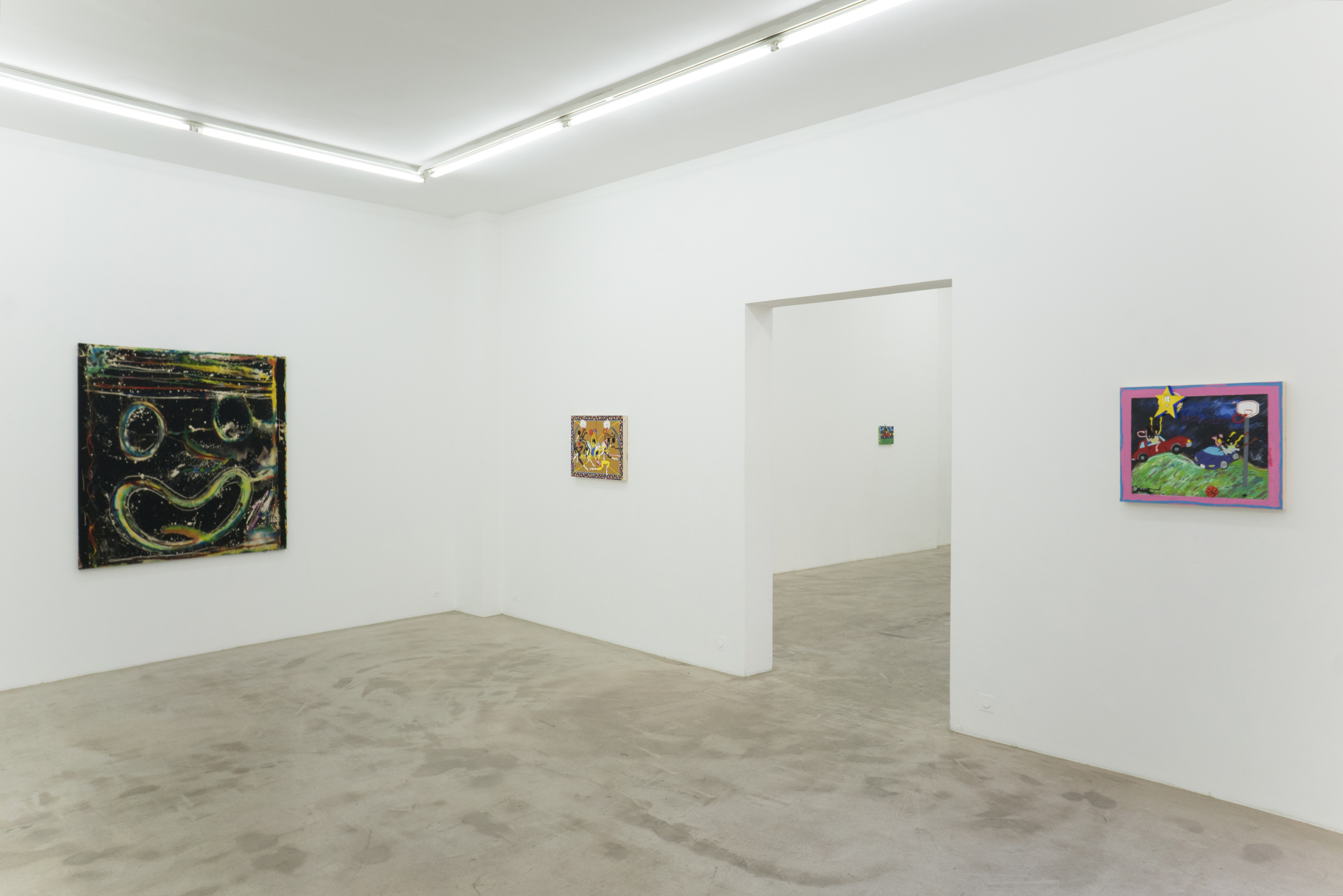 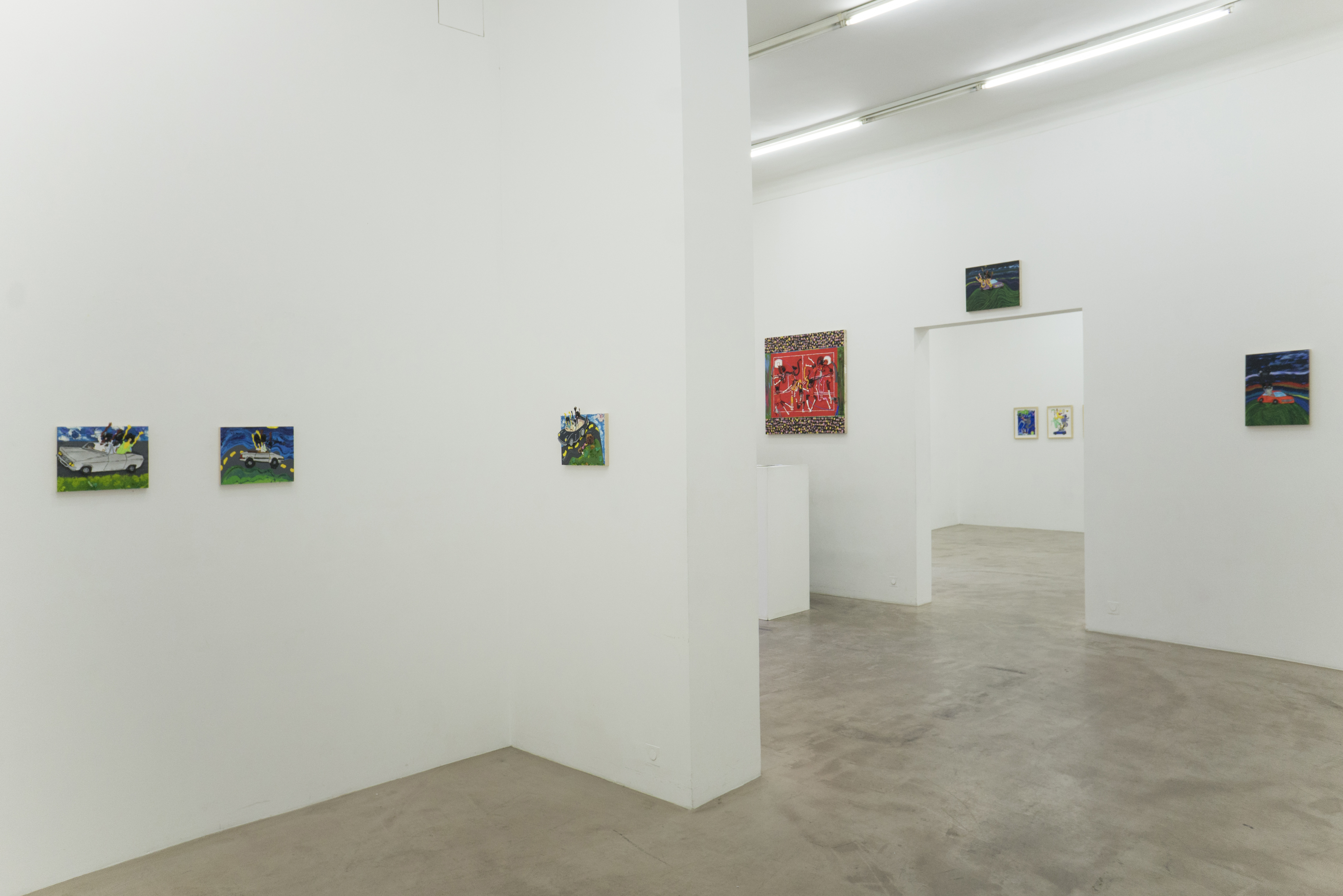 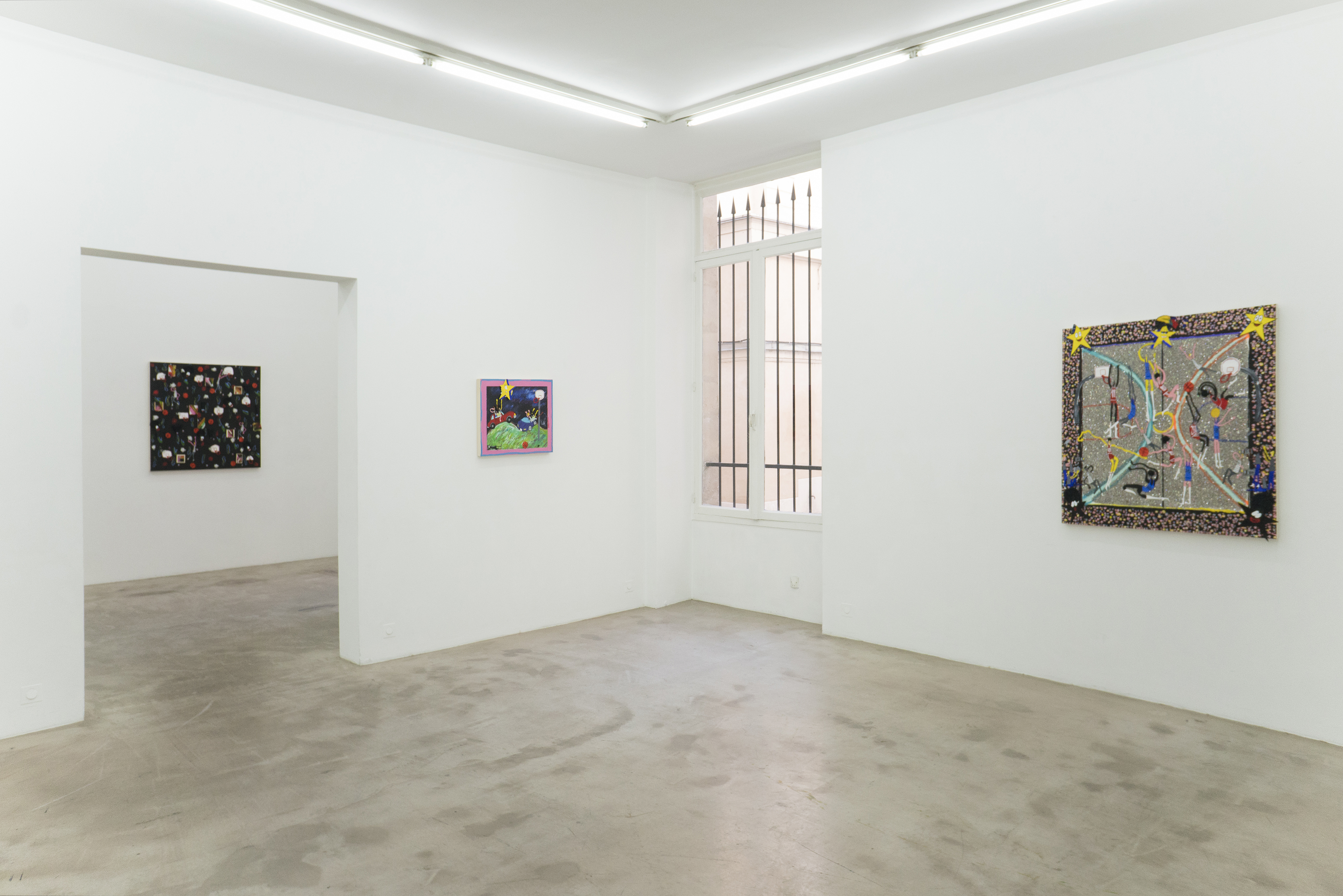