François Halard, has chosen for his solo exhibition at Ruttkowski68, Gods First, exclusively ancient and archaeological subjects: statues, busts and fragments of sculpture – photographed with a Polaroid camera, then cropped, enlarged, reworked and finally coated with wax and, in some cases, drawn over with words.

During Antiquity and for much of the Middle Ages, acheiropoietic images were revered, i.e. “not made by the hand of man” but by that of an angel, or a god. From the fibers of the cloth of the Milan Shroud emanates the face of Christ, like an imprint, like a revelation – similarly to the way in which an image that, in a few seconds, appears on the surface of a Polaroid. Mysterious textures, reinforced by the choice of colors: in which the blue sculptures of the deep sea bed are bathed, the gold of the sand of the Levantine deserts, the pale carnal pink, the marbled white, François Halard opposes a gesture that has nothing photographic about it and that attacks, or let’s say reaches, the image almost as the dripping process in the tradition of action painting touches the canvas.

Greek Aphrodite or Roman Venus, their names are soberly traced in white letters, as if in chalk, like an invocation that adds to what the wax and its indiscreet volutes already tell or suggest. Here gods and goddesses are fragile.

François Halard seeks to capture what photography alone does not allow him to capture. As in the legends of the sculpted virgins who weep or bleed, or within romantic fantasies, one begins to imagine that perhaps the substances and words on the surface have been secreted from the photographs themselves, revealing what lies beneath stone, in the silence of museums or inside sleeping houses emerges: wisdom, desire, sometimes violent, dreams, regrets. But for that, the eye of a man was not enough, they also needed his hand. 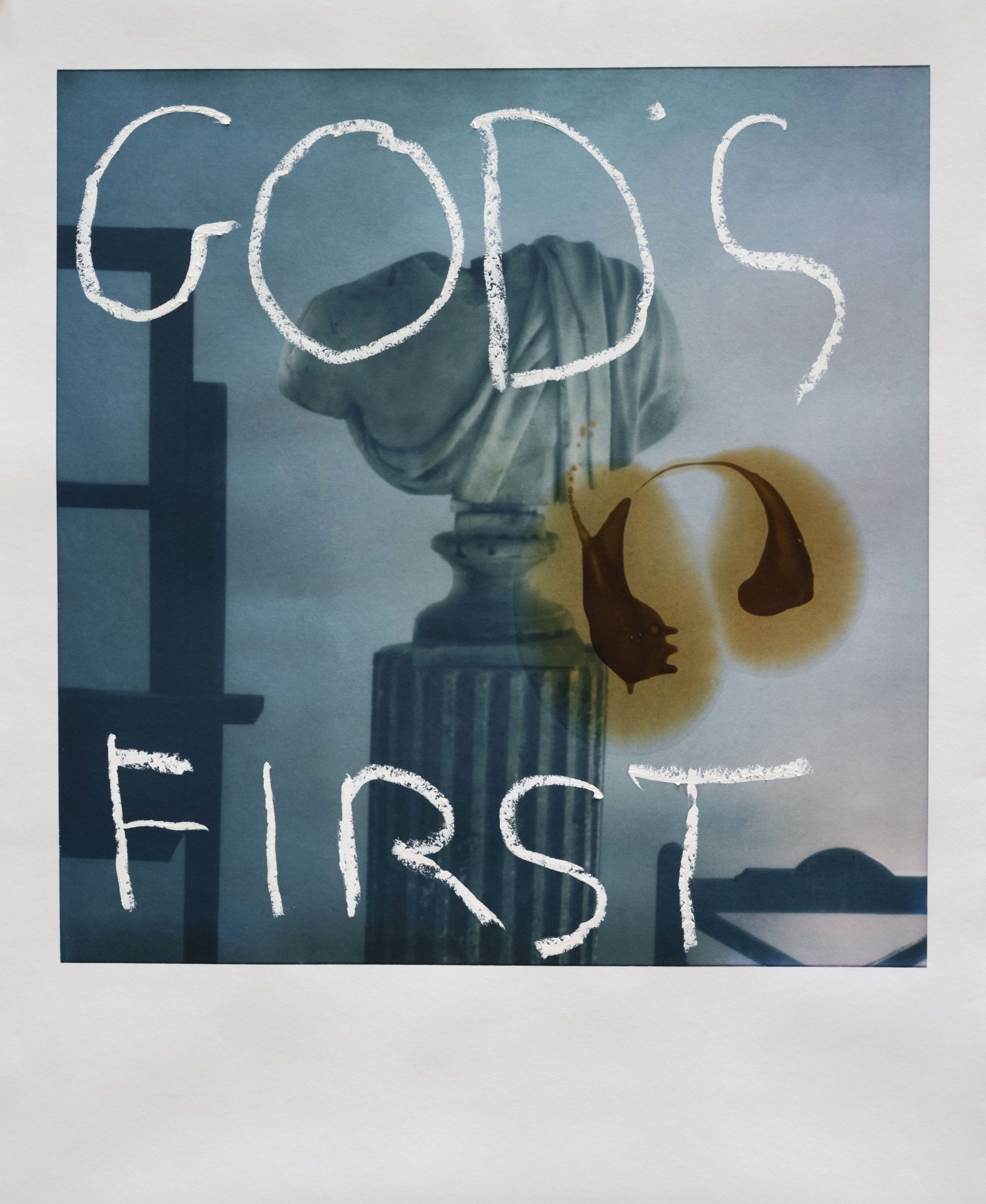 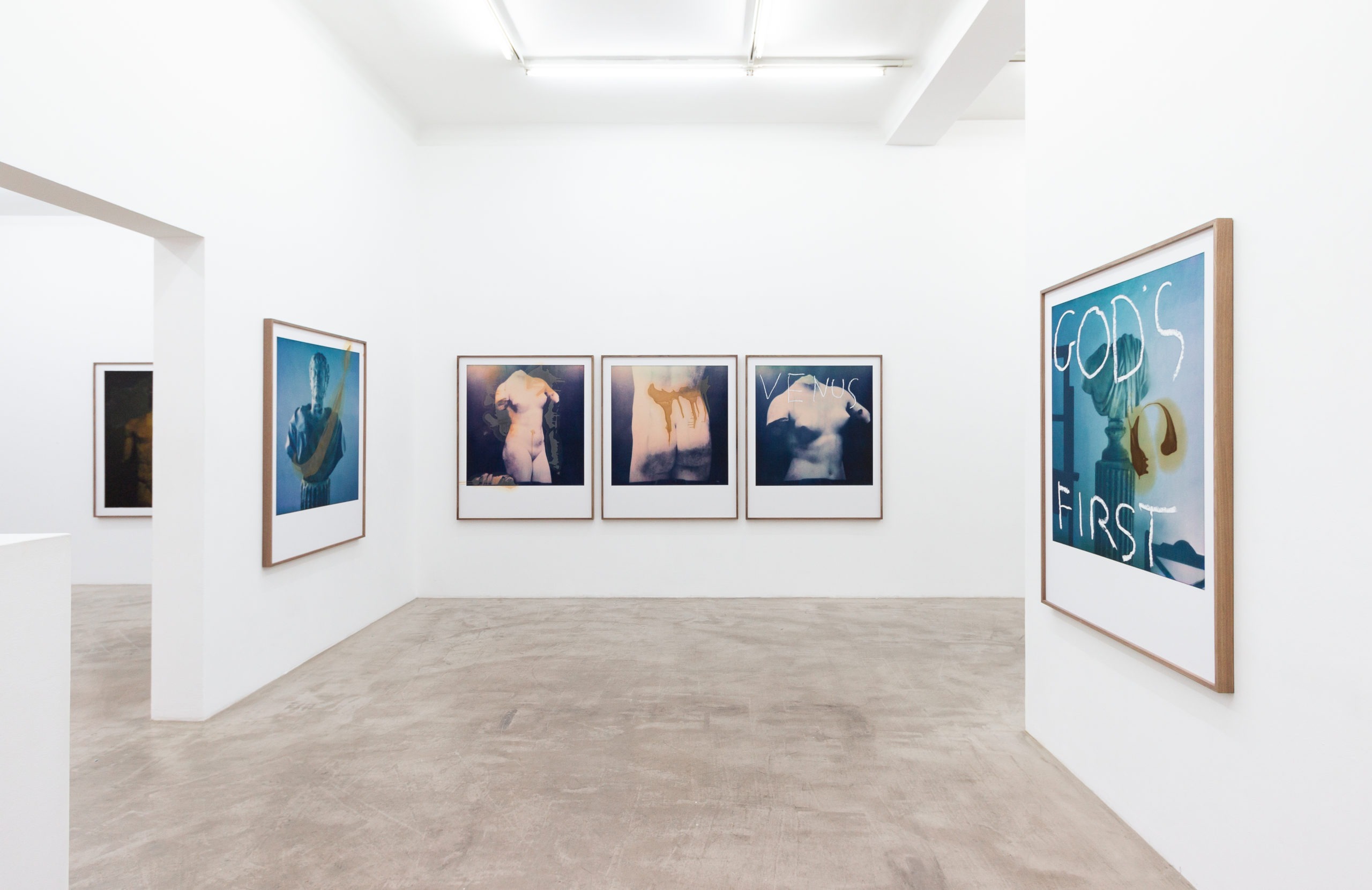 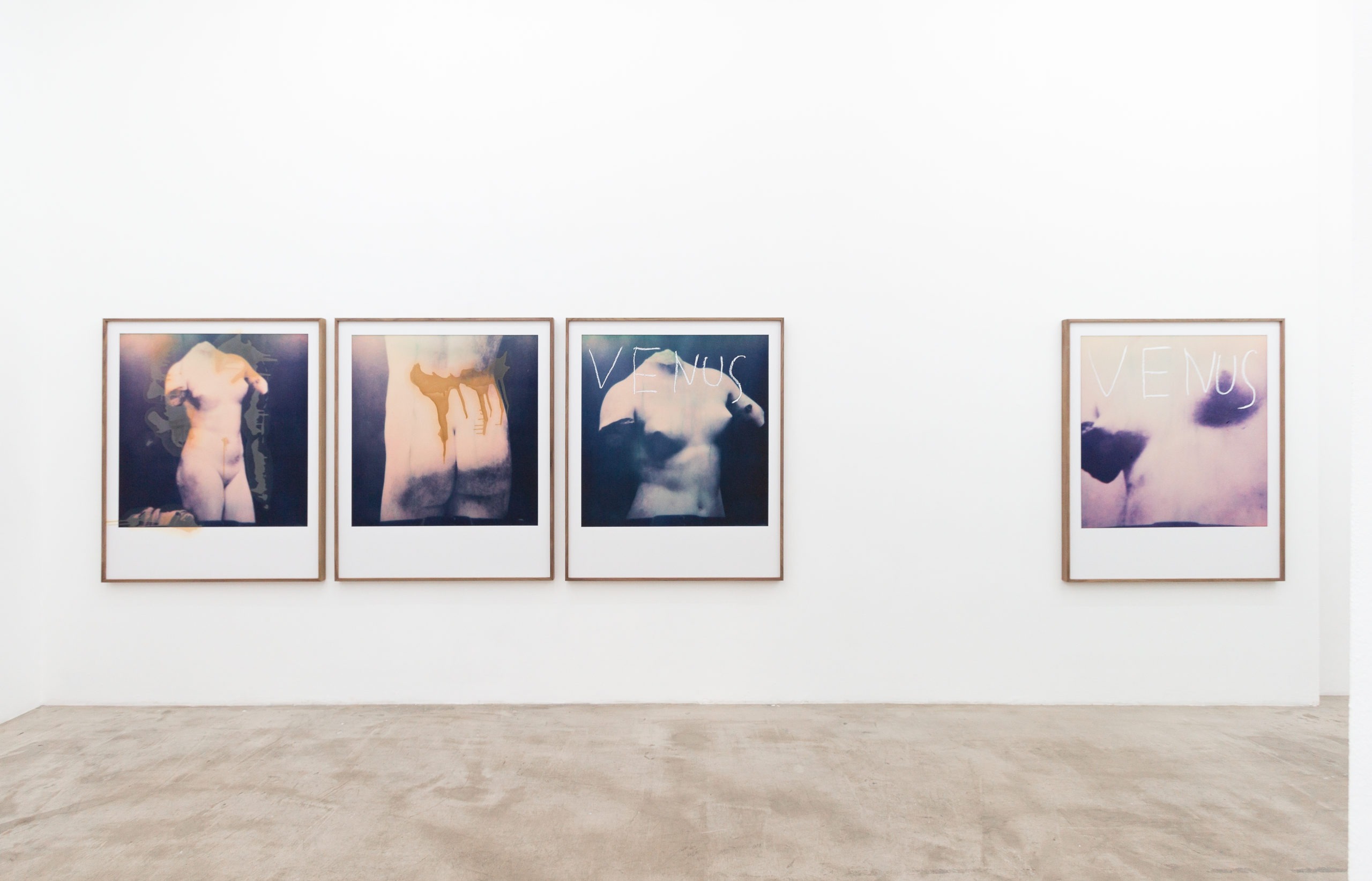 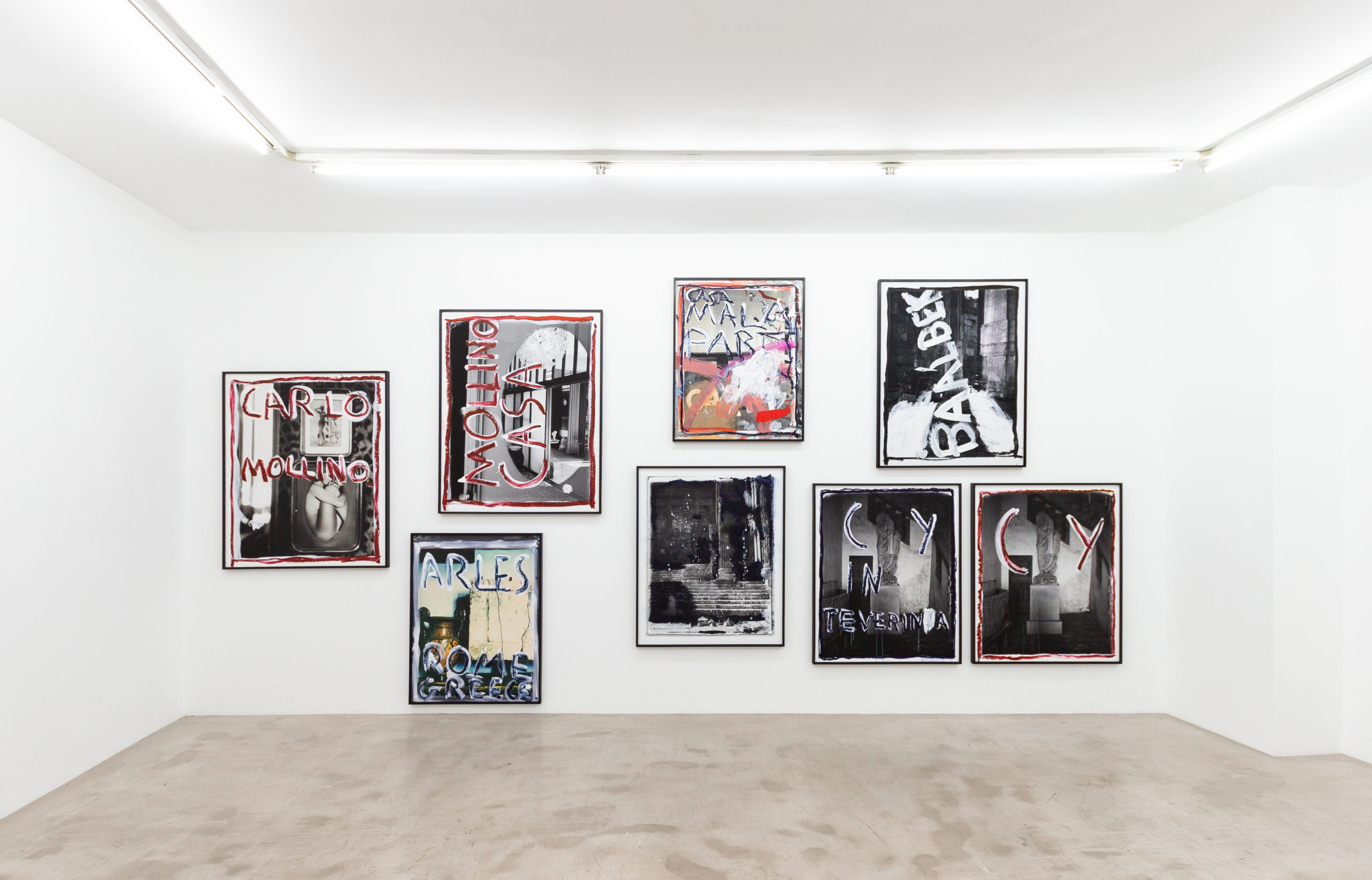 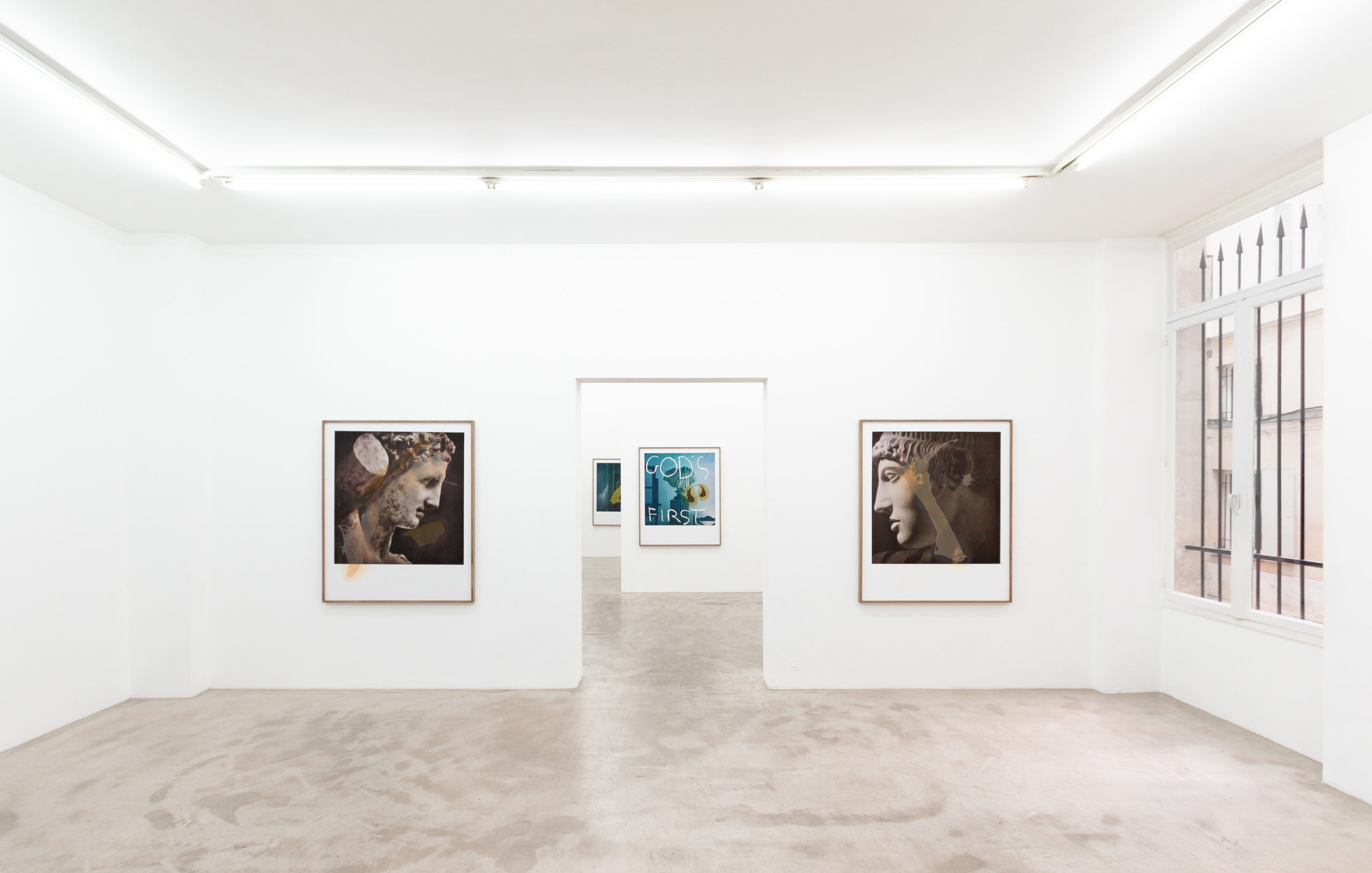