Conny Maier’s art discloses the quandaries underlying the possibilities and pressures of our time. The distinctive aesthetic of her paintings provides a framework for her to tell stories, make up fundamental questions and force the viewer to reflect itself within a confusion of standards.

In Am Rothenbaum, the artist’s first solo exhibition in Paris, Maier re-narrates the story of one of the most significant attacks in the history of sports, the stabbing of Monica Seles. During a tennis tournament in Hamburg 1993, Günter Parche, a great admirer of Seles’ closest rival Steffi Graf, stabbed the tennis superstar in the back. Later, the unemployed, socially isolated and mentally disturbed assassin received a mild punishment.

The way Conny Maier depicts the figures involved let the border between victim and perpetrator disappear. It is for the viewer to decide on whom to take pity on in this gruesome match of an elitist sports discipline. 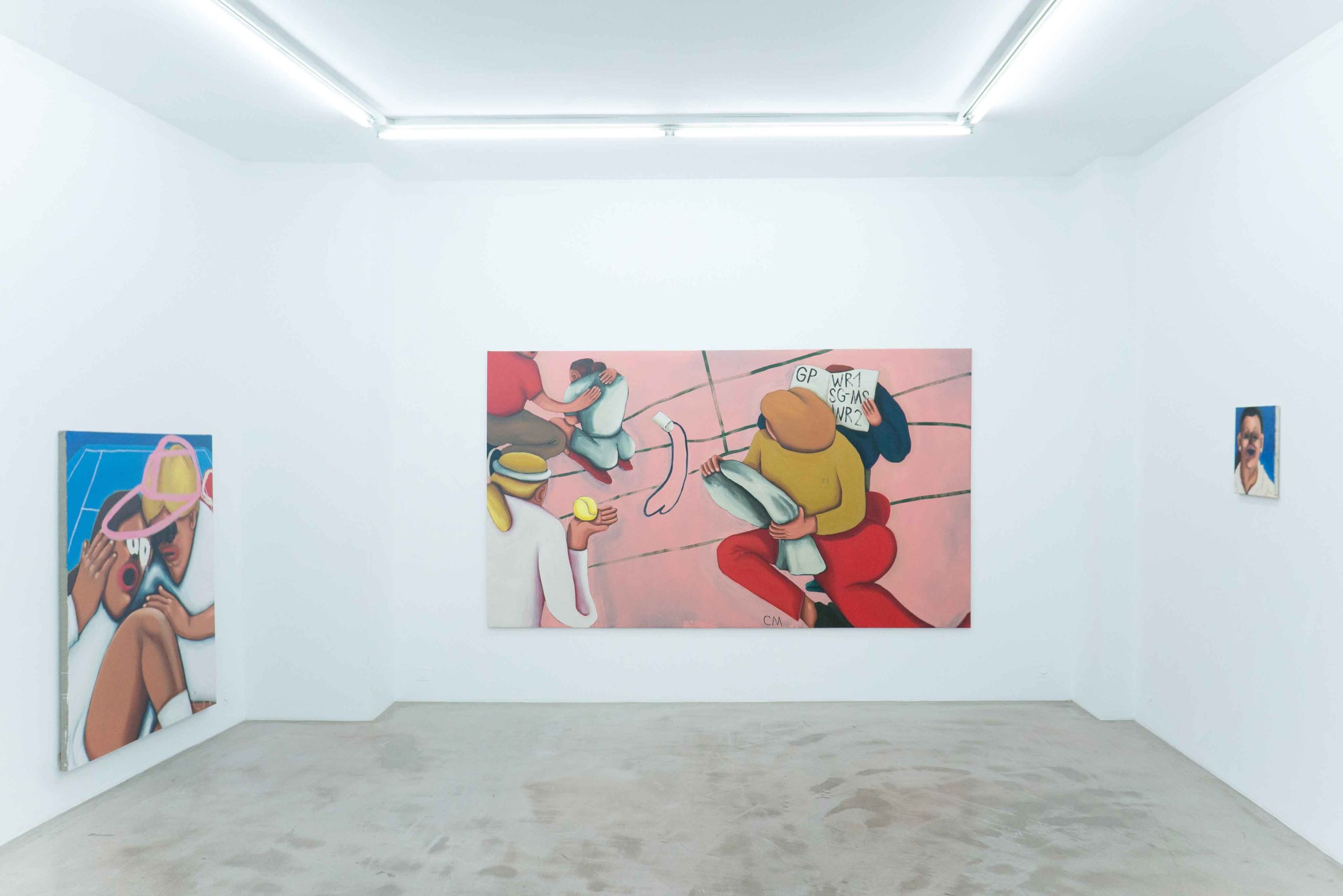 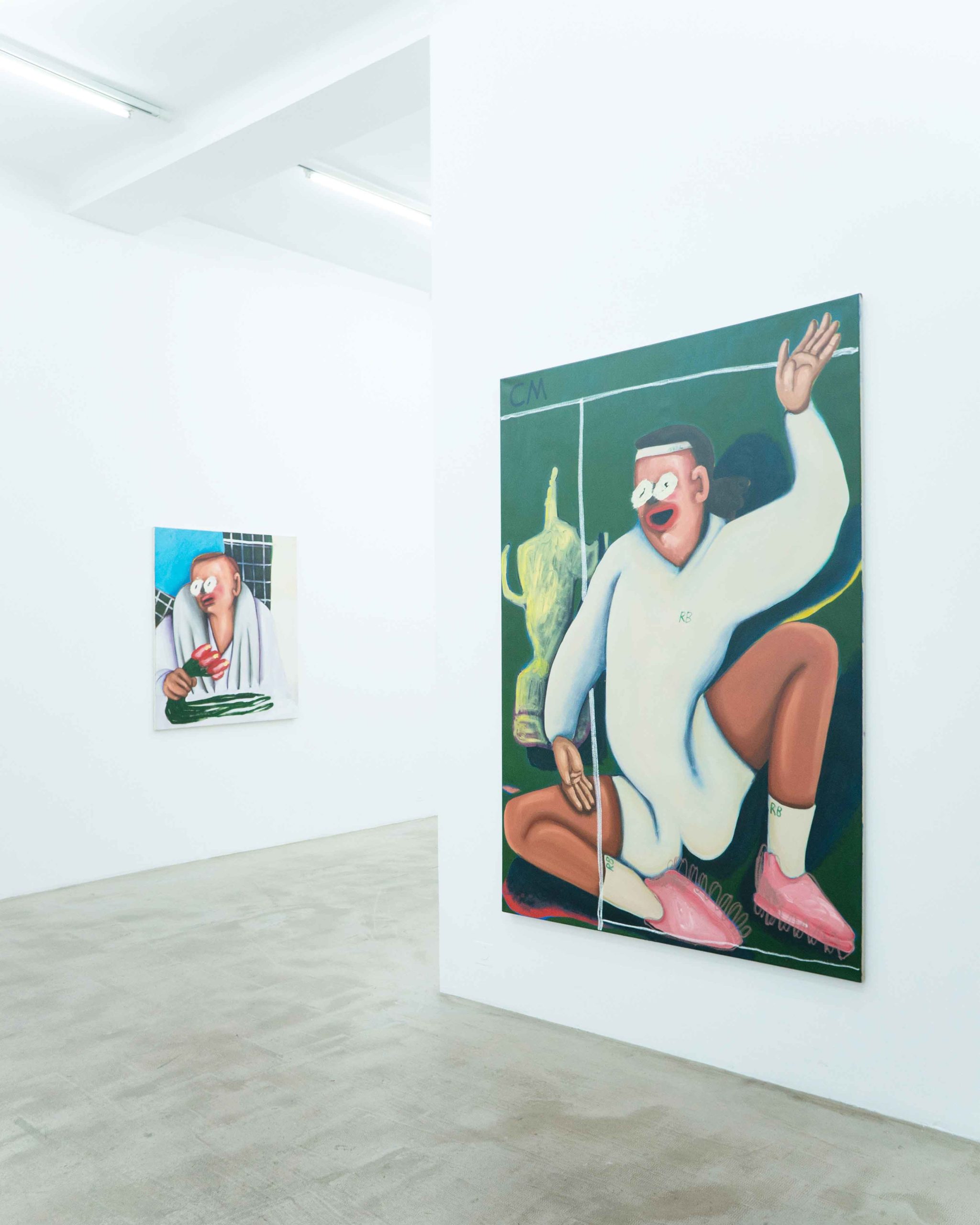 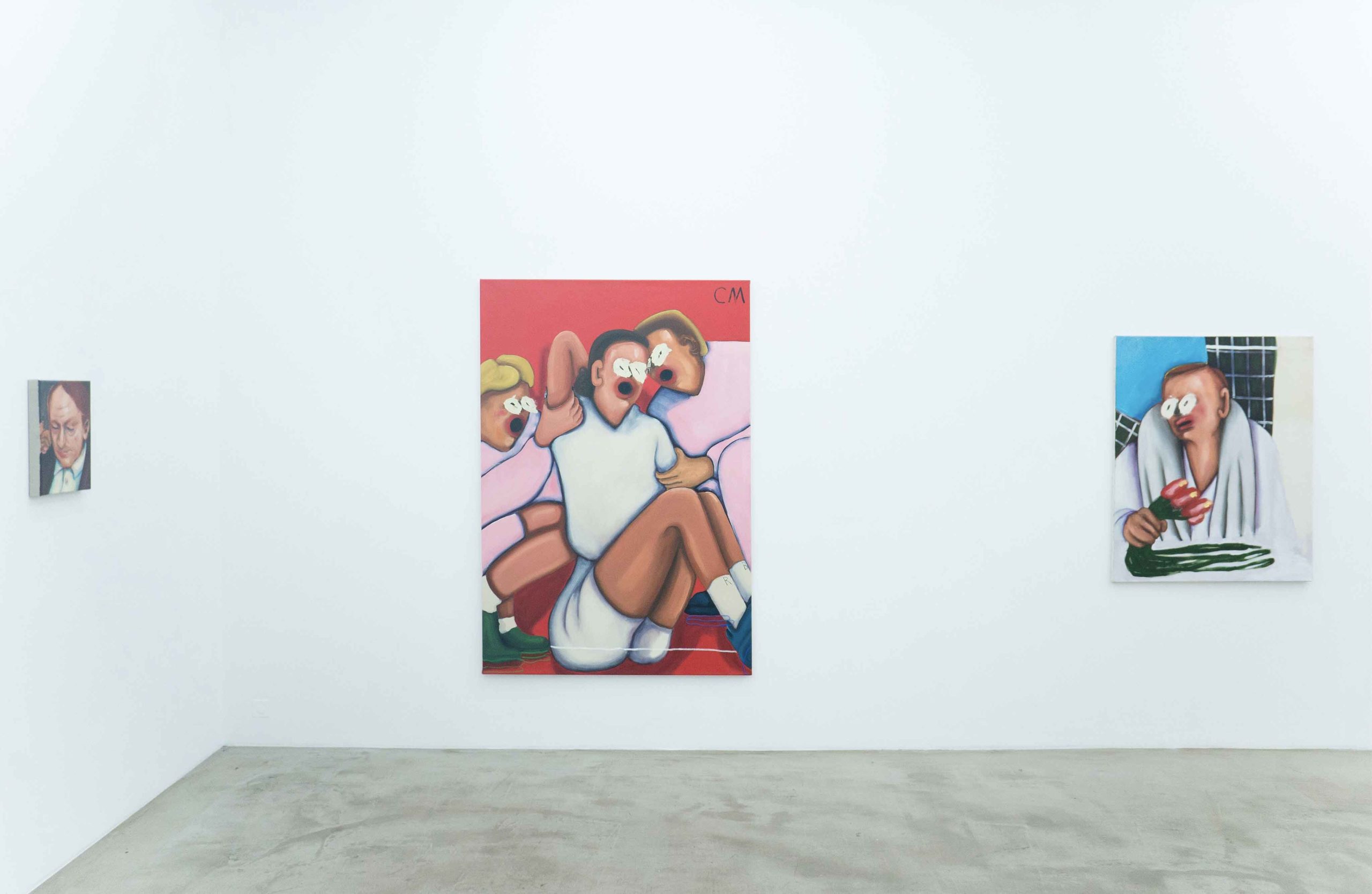