A nigga just woke up in Germany Devin Troy Strother

DEVIN TROY STROTHER is a young American Artist based in Los Angeles.

Strother’s work plucks materials out of their expected context and gives them back refigured as complex and multi-layered collages, sculptures and installations that are characterised by a highly spontaneous, unmistakable individual style. Trademark cartoon-like figures striking celebratory poses fill scenes as various as basketball courts, discos, woodland, and domestic interiors in works that abound in narrative references to politics, music and sport.

Whilst the work maintains a brilliantly playful aesthetic, using colour to jubilant effect (rainbows and neons reoccur as a motif), its content muses on the multifarious—both overt and concealed—injuries to human dignity in our society. In this way, seemingly naïve collages come to reveal profound reflections on identity, intensified by the sharp wit of the artworks’ ‘punch line’ titles. Though Devin Troy Strother´s work is often about conflict, it revels in an abundant creativity, melding the cynical voice of irony with a purist belief in beauty that, together, act to overcome that conflict.

In his first solo exhibition with Ruttkowski;68 gallery entitled A nigga just woke up in Germany, Devin Troy Strother presents a variety of works that reveal the artist’s instinctive aptitude for working across disciplines. Whilst the upper floor of the gallery space is transformed into an installation that mimics the style of a typical American office, the downstairs space presents a host of large-scale canvasses. 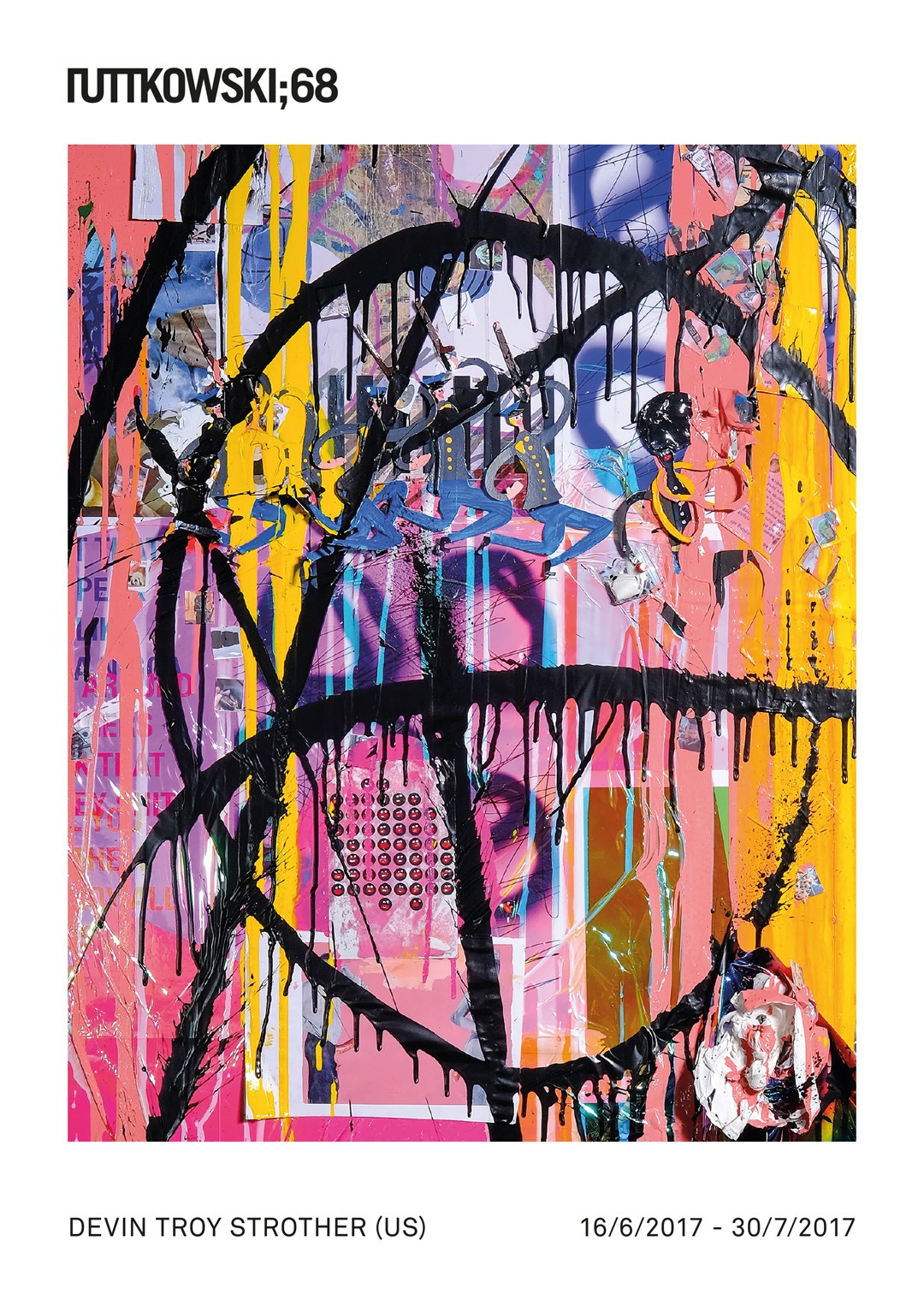 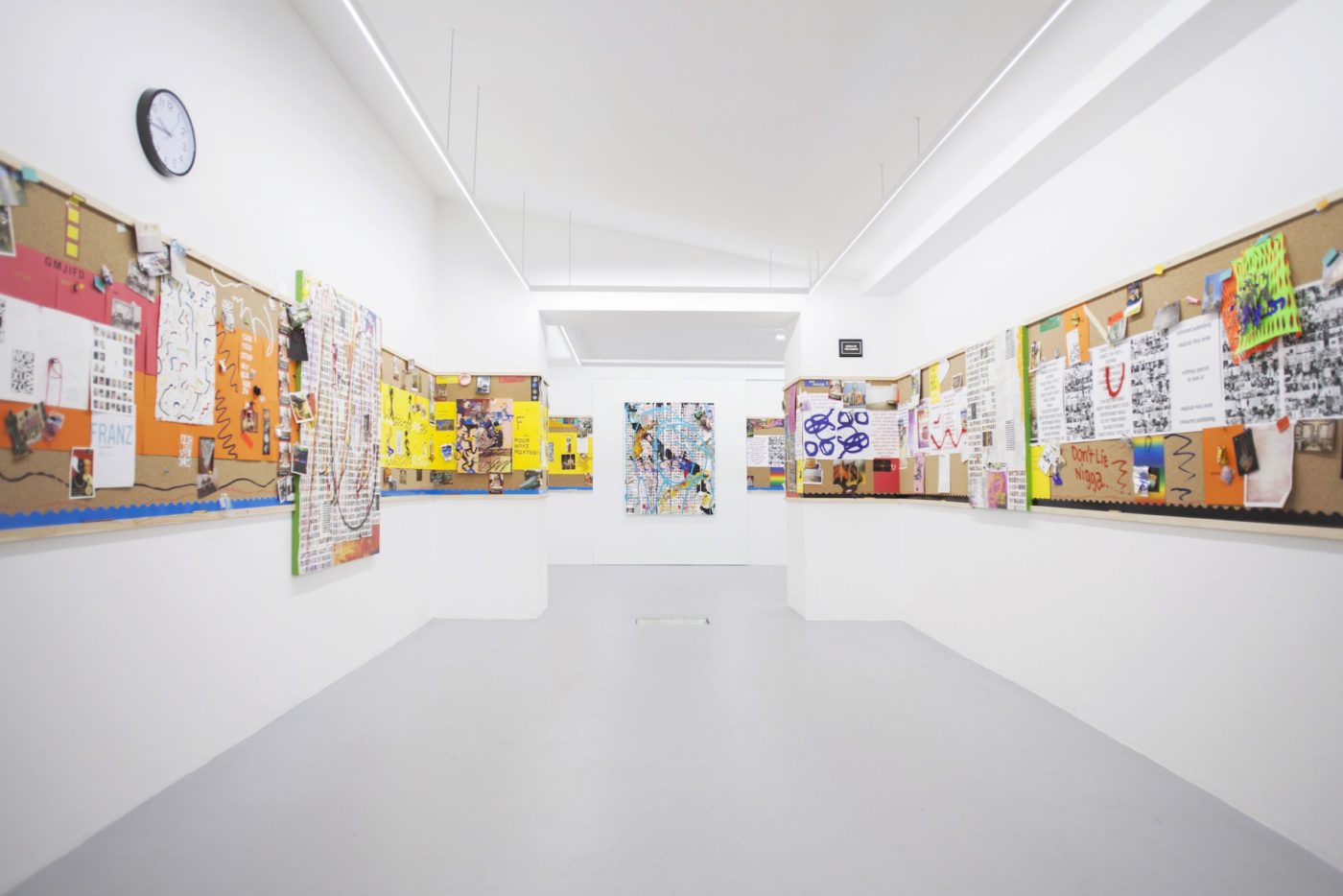 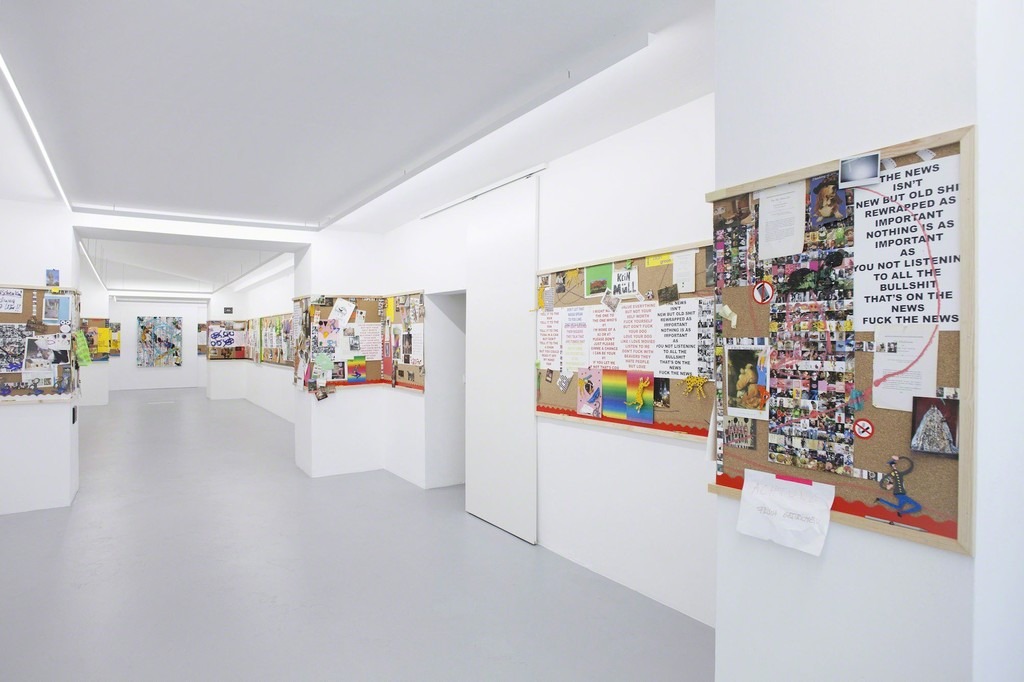 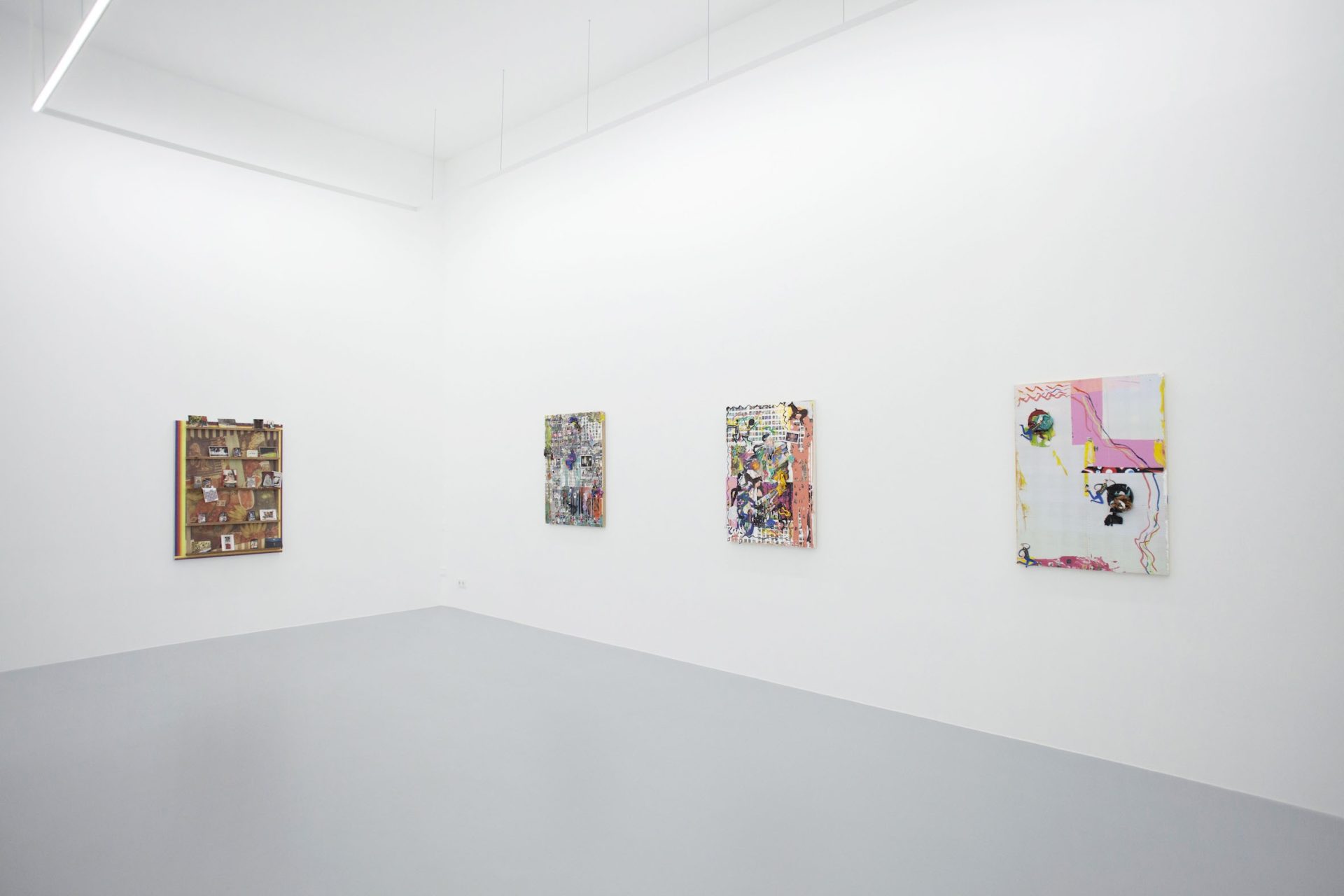 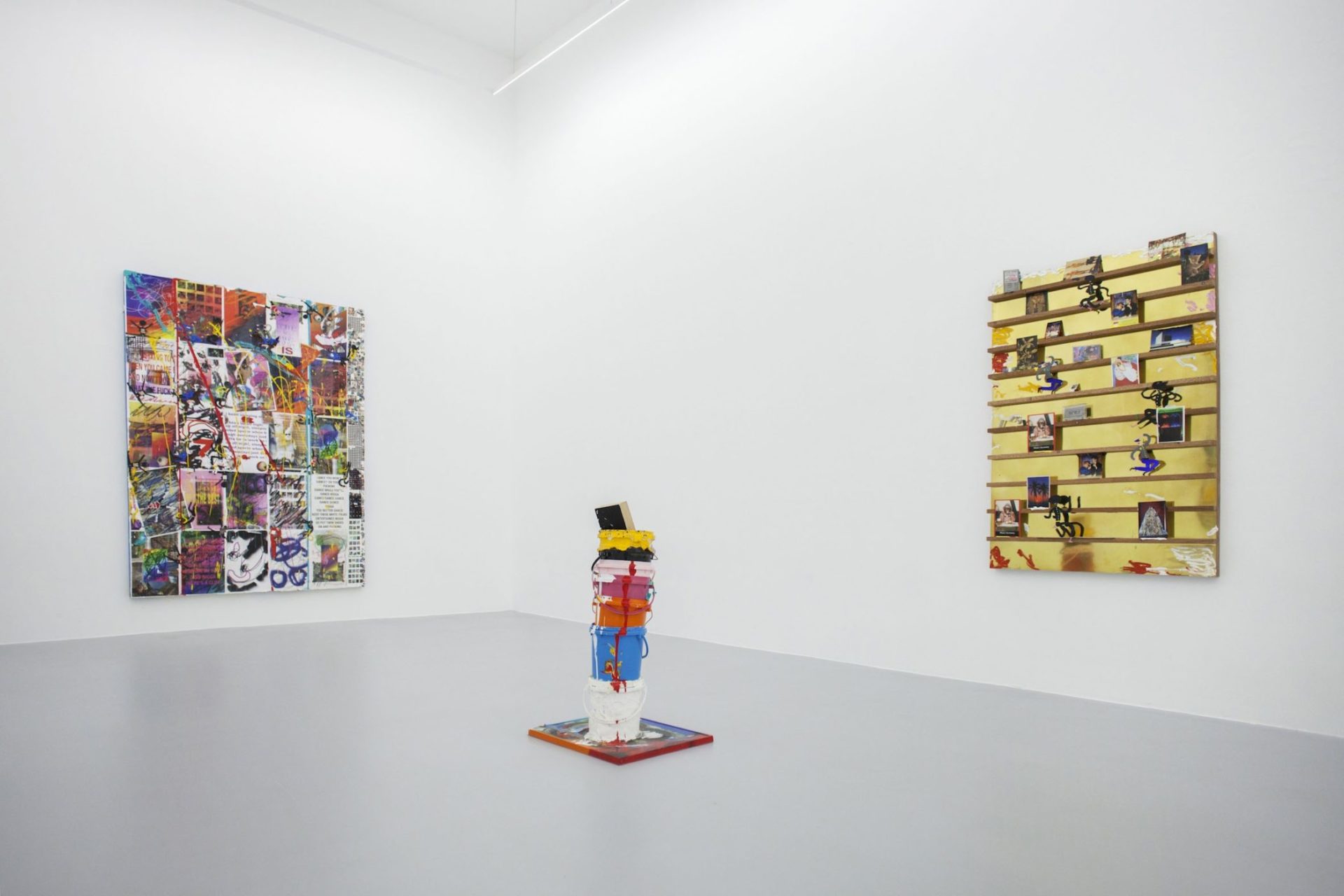