Where the Giants roam Daniel Weissbach

Daniel Weissbach’s paintings may seem abstract at first glance, but their true subject is the grid. From the linear perspective of the renaissance to the monochromatic abstractions of the 1960s, the grid has been one of modern painting’s most steadfast companions and tools. The subtlest distortion in its uniform pattern begins to suggest space, while its endlessly reproducible structure invokes the spaces of modern life: architectural facades, tiled interiors, and planned roadways. The painting Grünes Raster, a new large-format work completed especially for Where the Giants Roam, shows us the grid in one of its oldest and, at the same time, peculiarly contemporary functions: as a tool for constructing virtual space. On the other hand, the paintings from the Stellen series echo the canvas’ two-dimensional surface by suggesting walls and fences, structures to block off space and prevent movement. Though Weissbach’s paintings are completely devoid of any concrete figures or scenes, they nonetheless use the abstract form of the grid to reflect the experience of the contemporary urban landscape, both as it is lived and imagined. 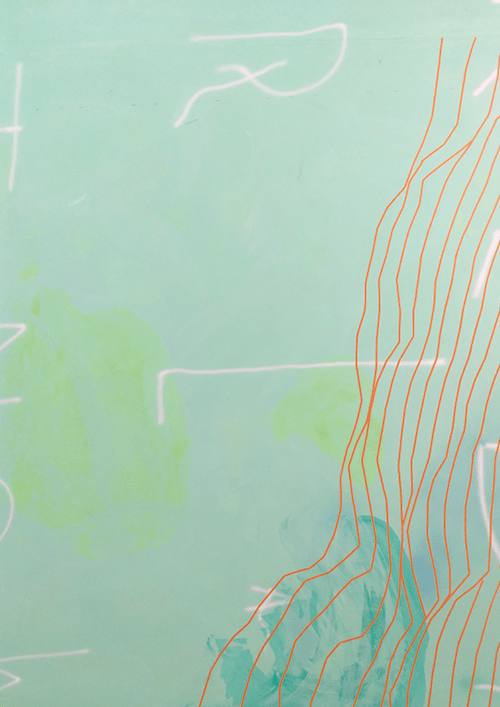 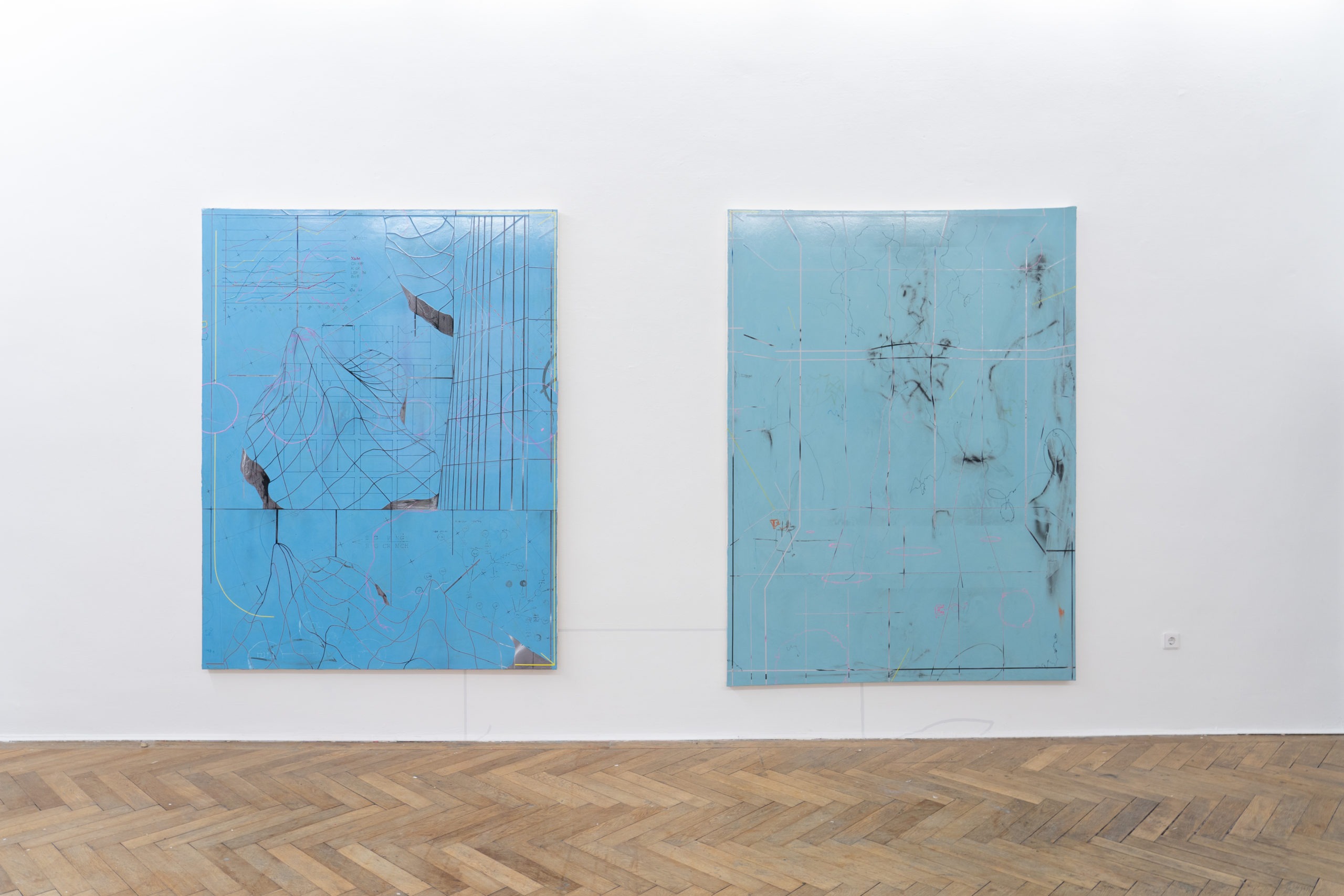 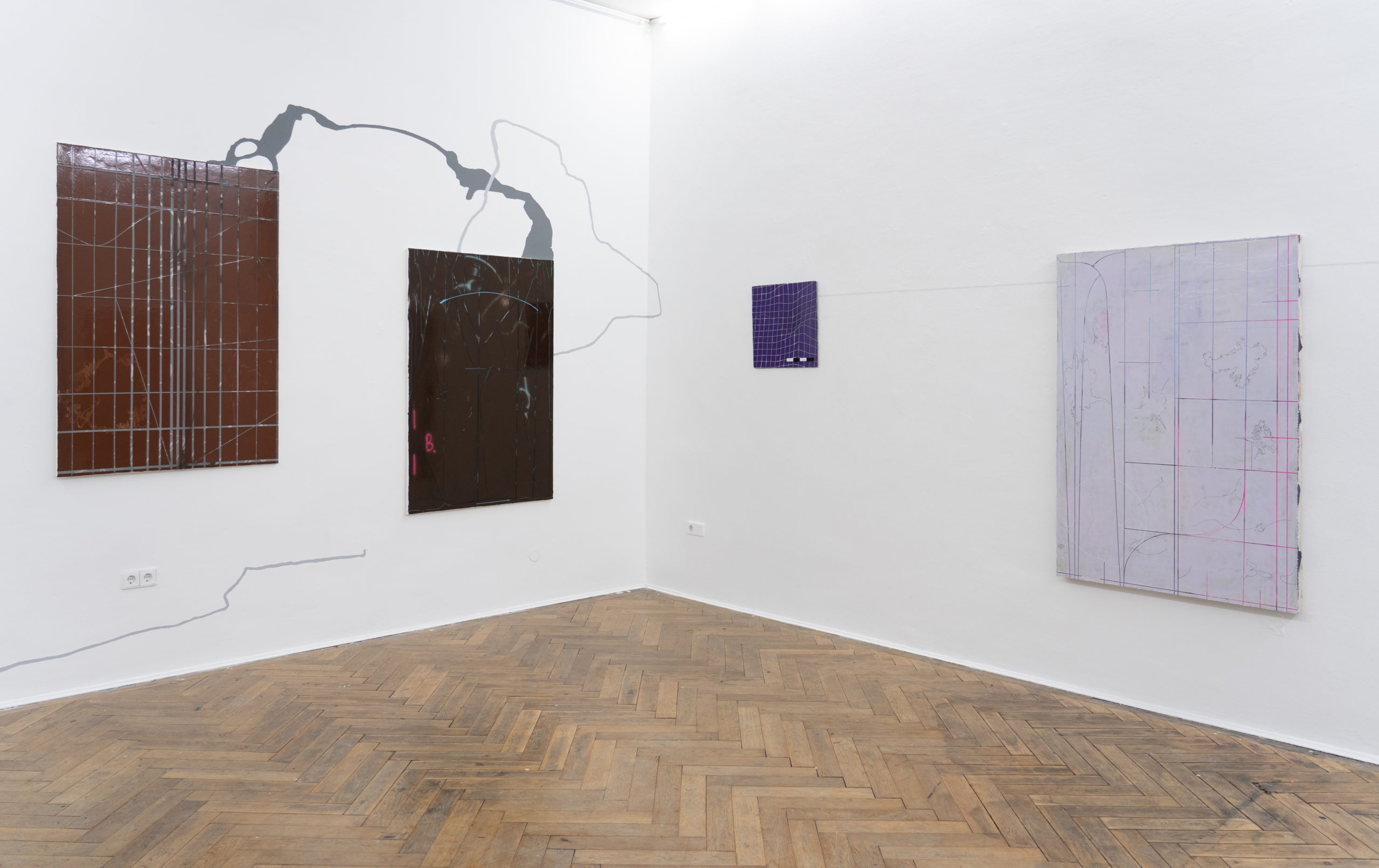 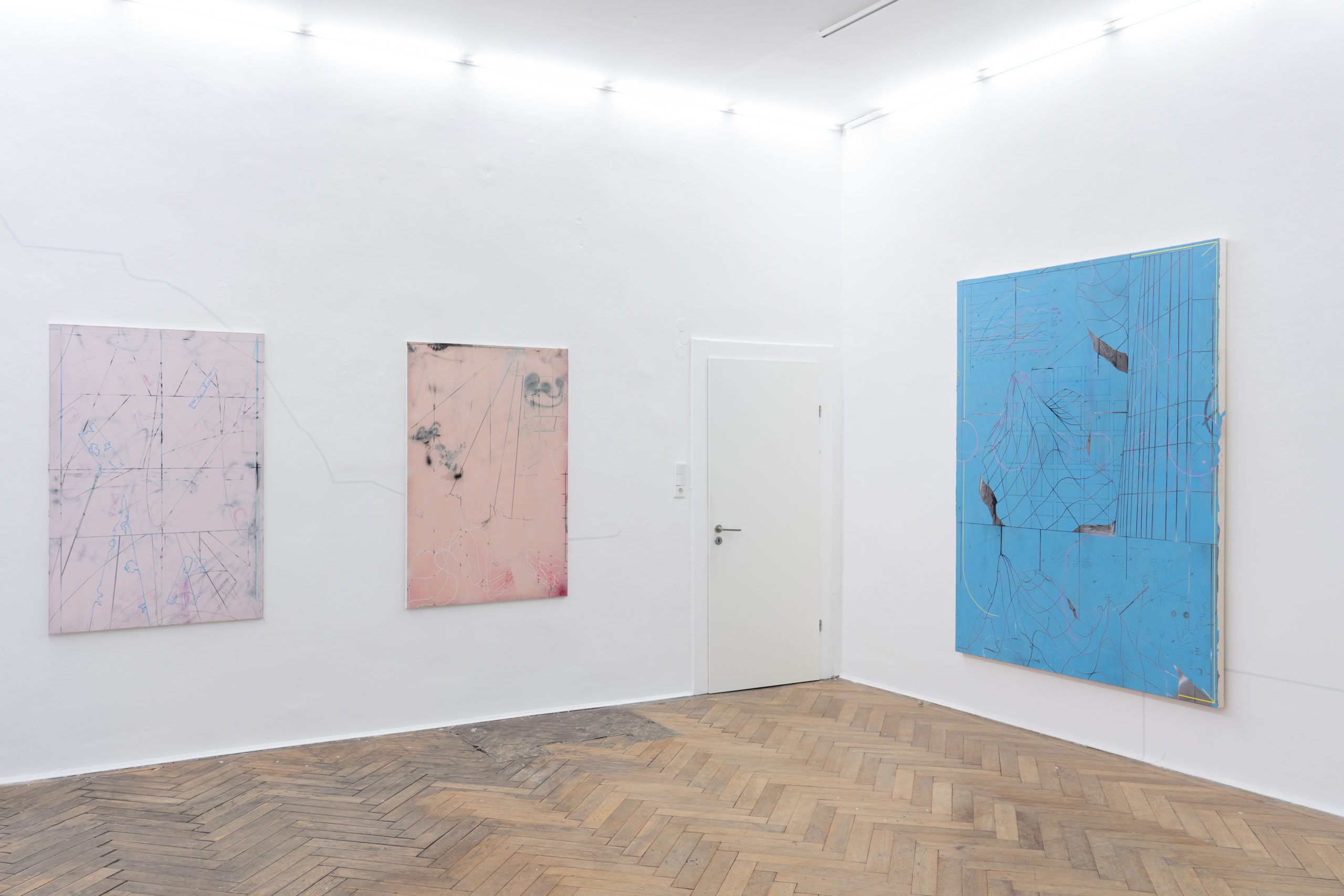