One of the chief catalysts of what has been termed ‘Comic Abstraction’, Russell Maurice explores themes of escapism and consciousness through a surreal and psychedelic filter, creating a skewed, wigged-out visual world all at once off-centre and off-key. Forming a landscape of recognisable but radically misshapen creatures and objects – mortal beings distorted and distilled, insentient artefacts contorted and anthropomorphised – Maurice turns the familiar into the deeply peculiar, the mundane into the genuinely uncanny, bringing the essential spirit of the inanimate and the non-human to the fore, and the inherent mystery and deviancy of normative reality to the surface. Taking his chief visual cues from animation around the world, his Graffiti roots and love of counter culture, Maurice intermixes this with an abstracted, painterly edge. What emerges is a mischievous combination of the sublime and the ridiculous – works that are both carefully thought through and anarchically explosive in the same moment. Yet the bold, literally comic designs that Maurice produces are also mixed with a more disquieting, precarious edge, one rooted in a particular brand of romanticism – often exploring the themes nature, chaos, and metaphysics whilst also containing a particular alchemical essence. This essence engages in the spiritual and in theories on the afterlife as well as containing a myriad of hidden, clandestine messages, whose meanings are integral to each of his pieces. As such, Maurice has thus built an image world that is taken from a plane far beyond yet brought back to coalesce and commingle with our present. He has created an oeuvre whose radical fantasies attempt to disturb rationality and reason, to disrupt the lifeless tedium of the everyday. 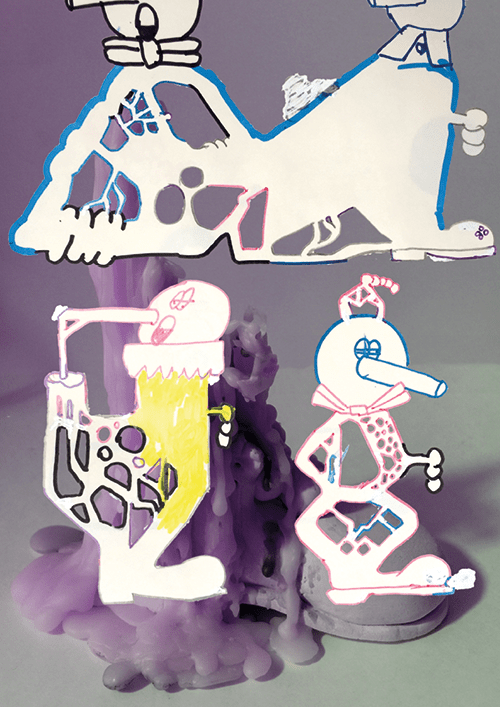 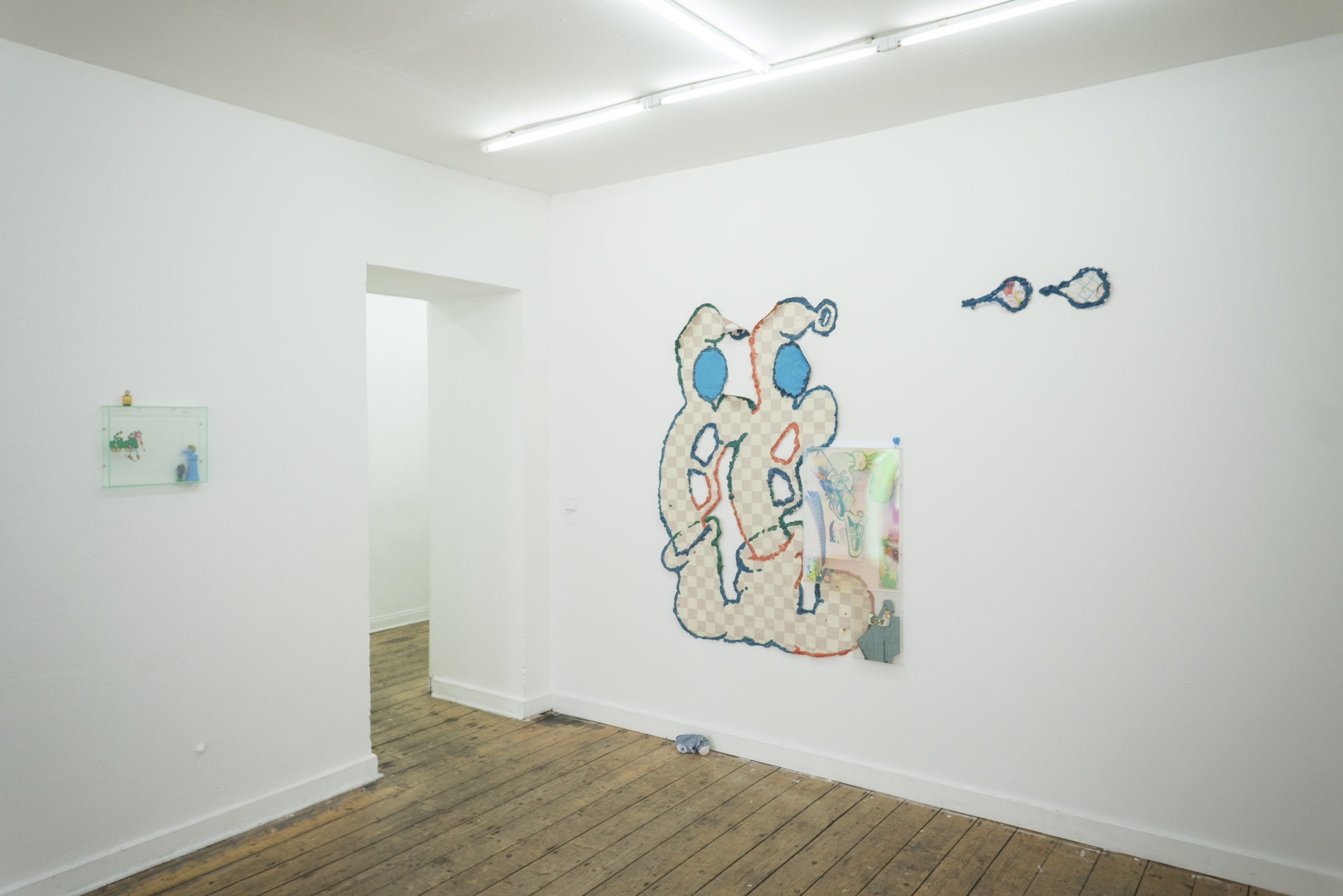