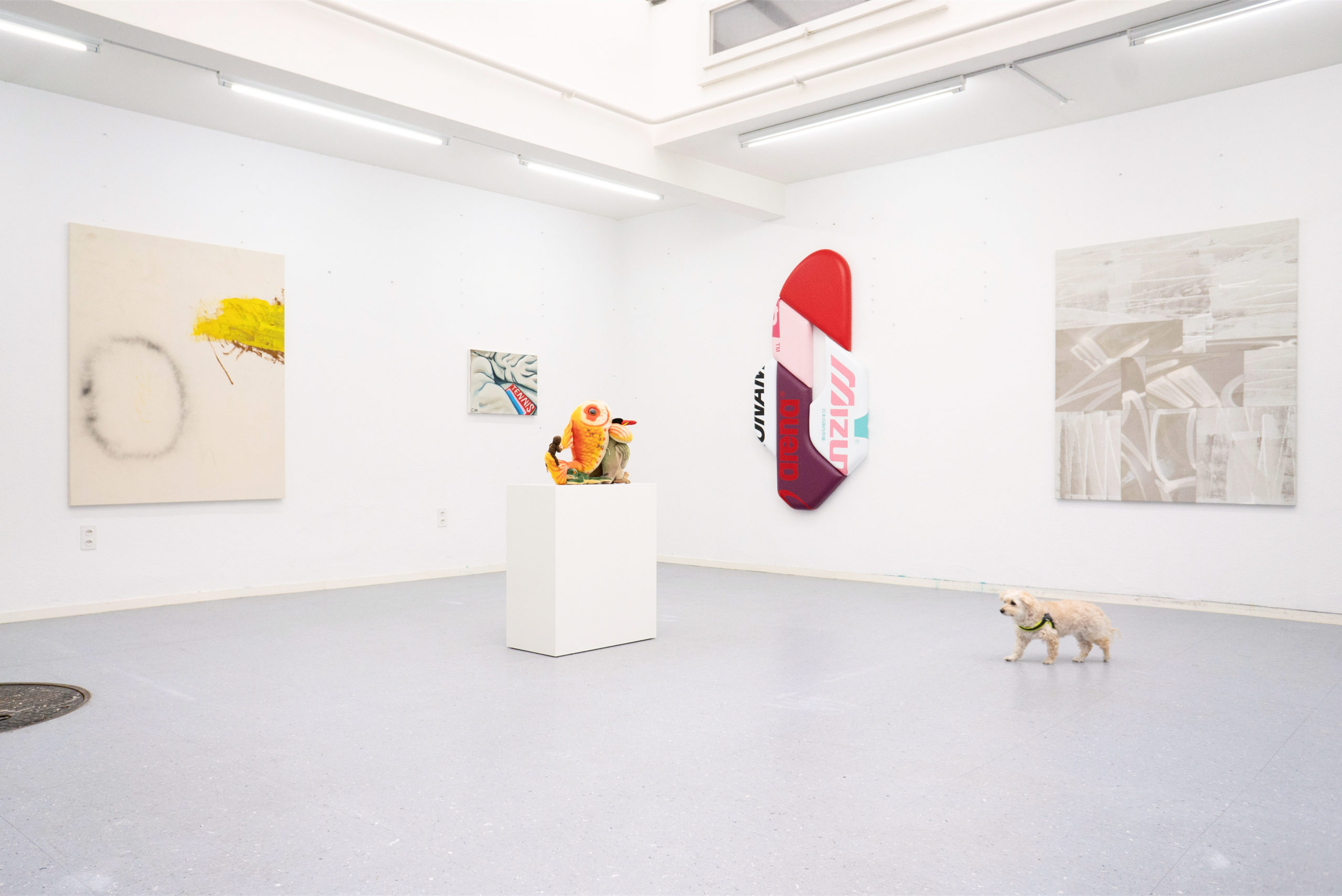 I DREAM IN COLORS

In 1855, at the famous “Exposition Universelle” held in Paris, Gustave Courbet built his own temporary pavilion close to the world fair. His initiative led to a broader diversity and more courage in the art creation during his time, disregarding the Fair’s disapproval that at that time posed as critical institution. With his ideas and actions, Courbet pushed art to become more liberal. Ruttkowski;68 follows in his footsteps by creating an independent show with a focus on text-based art.

The title of the show “I Dream In Colors” is borrowed from Stefan Marx’s work by the same name. Just as with the poem “Un Coup De Dés Jamais N’abolira Le Hasard” (A Throw of the Dice Will Never Abolish Chance) from 1898, Stéphane Mallarmé created one of the first literary works that can, at the same time, be regarded visually as art. For some, Mallarmé invented “modern space” and stood at the origin of contemporary art.

Contemporary artists continue with reflections on the power of words, texts and language as well as syllables, fonts, typography and space in relation to art history. From psychological aspects of language, artistic authorship, signatures, literary quotes, reflection on media representation, tributes to magazines, song texts, text errors produced by computer language programs, to references to Pop Art with package logos and advertising texts, the act of understanding and translating, connection and expression of thoughts and emotions, through to writing on walls are all topics inscribed into this show, allowing for us to dream in vivid and various colors.