.Not your own Picture.. Philip Emde

What does the stuffed toy chimpanzee Jocko see confronting him, on his perch before the gleaming chrome surface, if it isn’t his own image? Is he concentrating on the reflection, or is he looking for something within it?

In .Not your own Picture.., his third solo exhibition at Ruttkowski;68, Philip Emde invites viewers once more into his studio, which serves as his place of work, but also as a depot and home to an extensive collection of Steiff-Animals: .Emdiland.. The artist had recently confronted the fluffy friends with almost monochrome graphite surfaces, making them into critics, lovers, and discussers of the framed works, and thus an essential and integral component of his work.

Jocko is again found in front of a blurry, gleaming reflective surface, somewhat uneven, wrinkled in places, murky. It prevents a clear reflection, recognition. The chimpanzee sometimes seems joyfully enchanted, but also distressed or occasionally undecided when faced with this unclear self-image.

In the new series Untitled (Jocko Love seeking), the viewers are taken into the reflection whilst viewing the monkey contemplating and looking for itself, thus becoming an integral component of the work, like the monkey itself.

With other works such as a bench populated with two stuffed toy chimpanzees, color monotypes drawn with strong strokes, and large-format wall carpets, the artist grants us access to his visual world. Memories flood back of a childhood accompanied by fluffy helpers and playfellows, of a past in which we cast our own image into the future through self-projection. Multilayered viewer perspectives are invited, a consolidation of reflection into self-reflection. 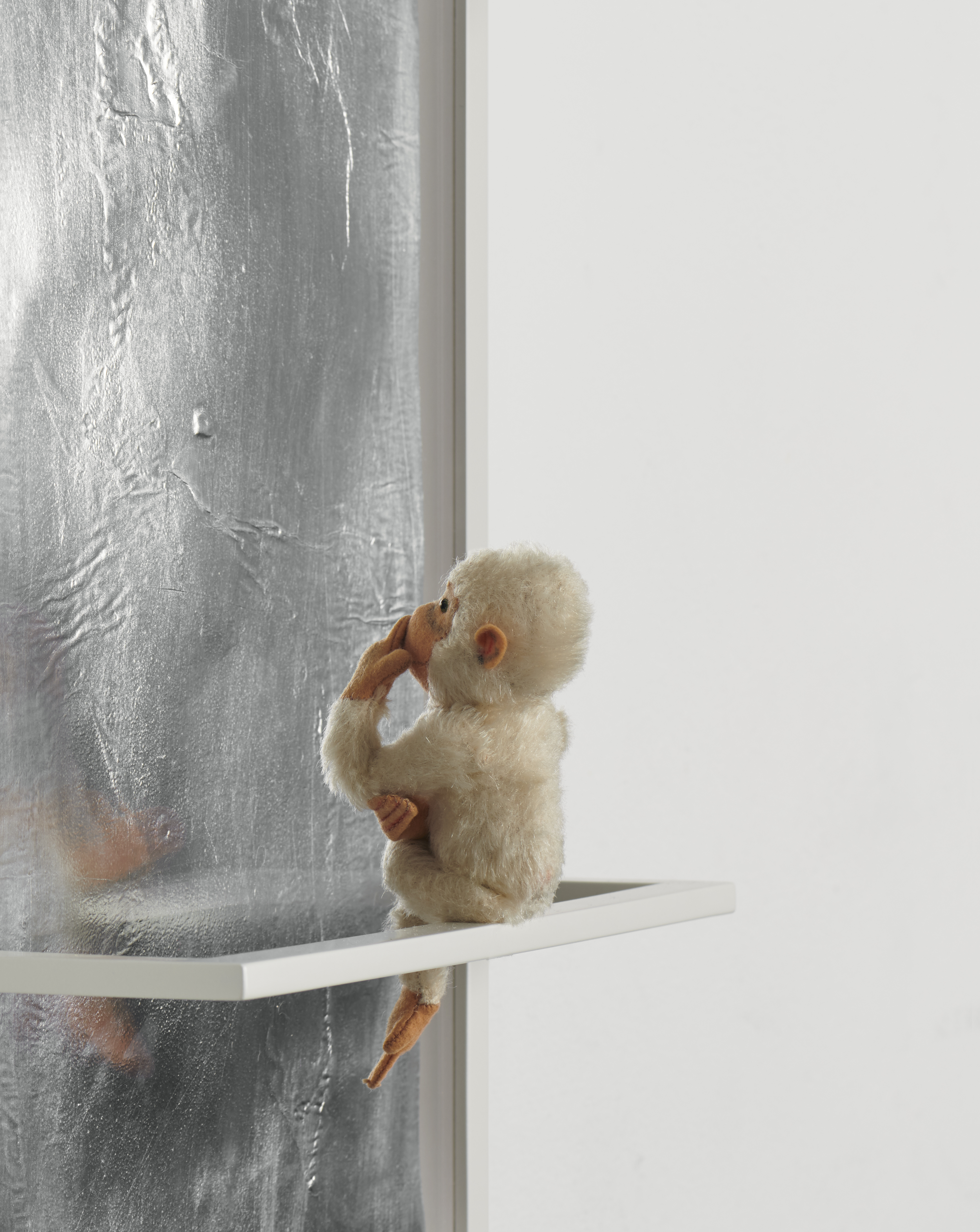 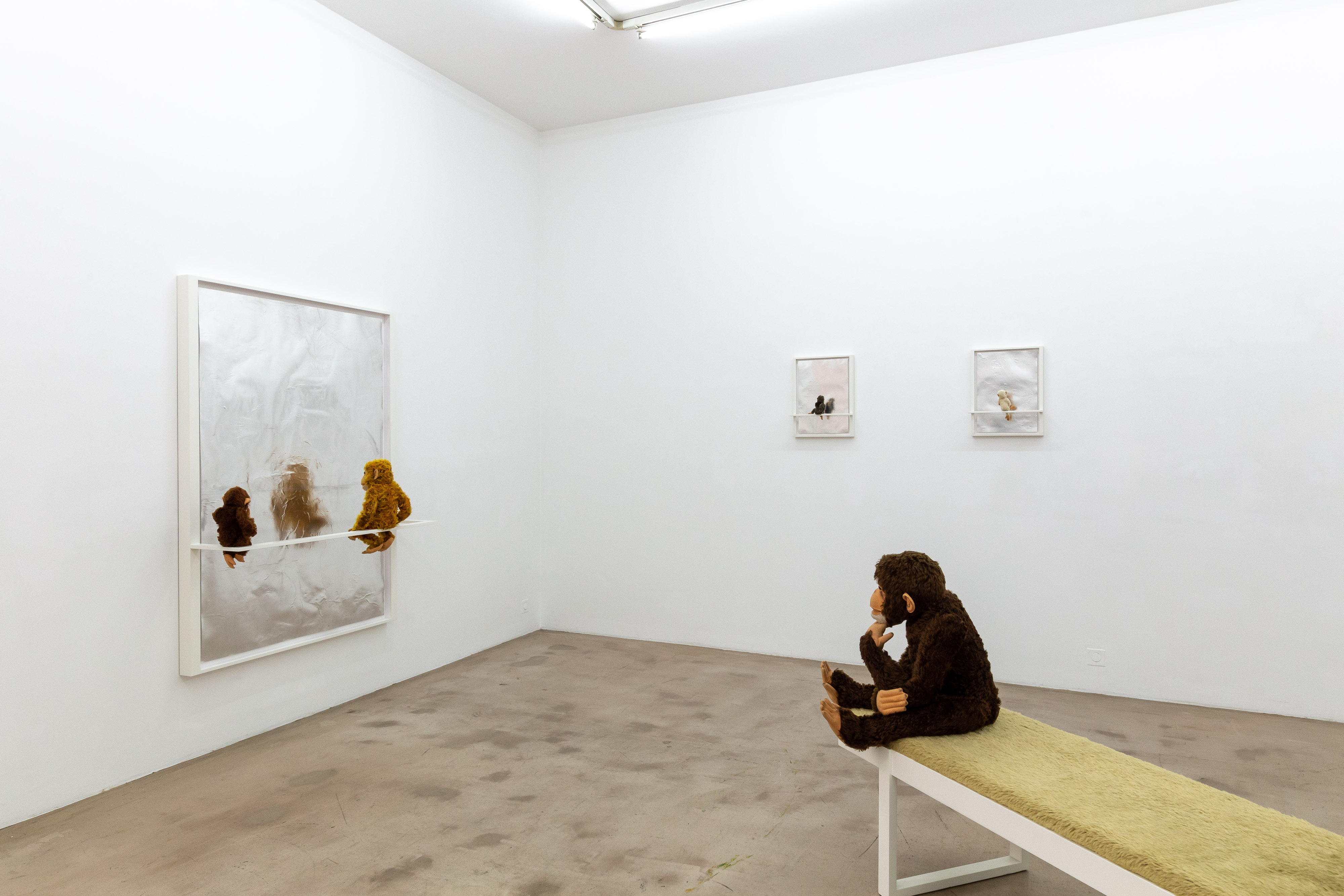 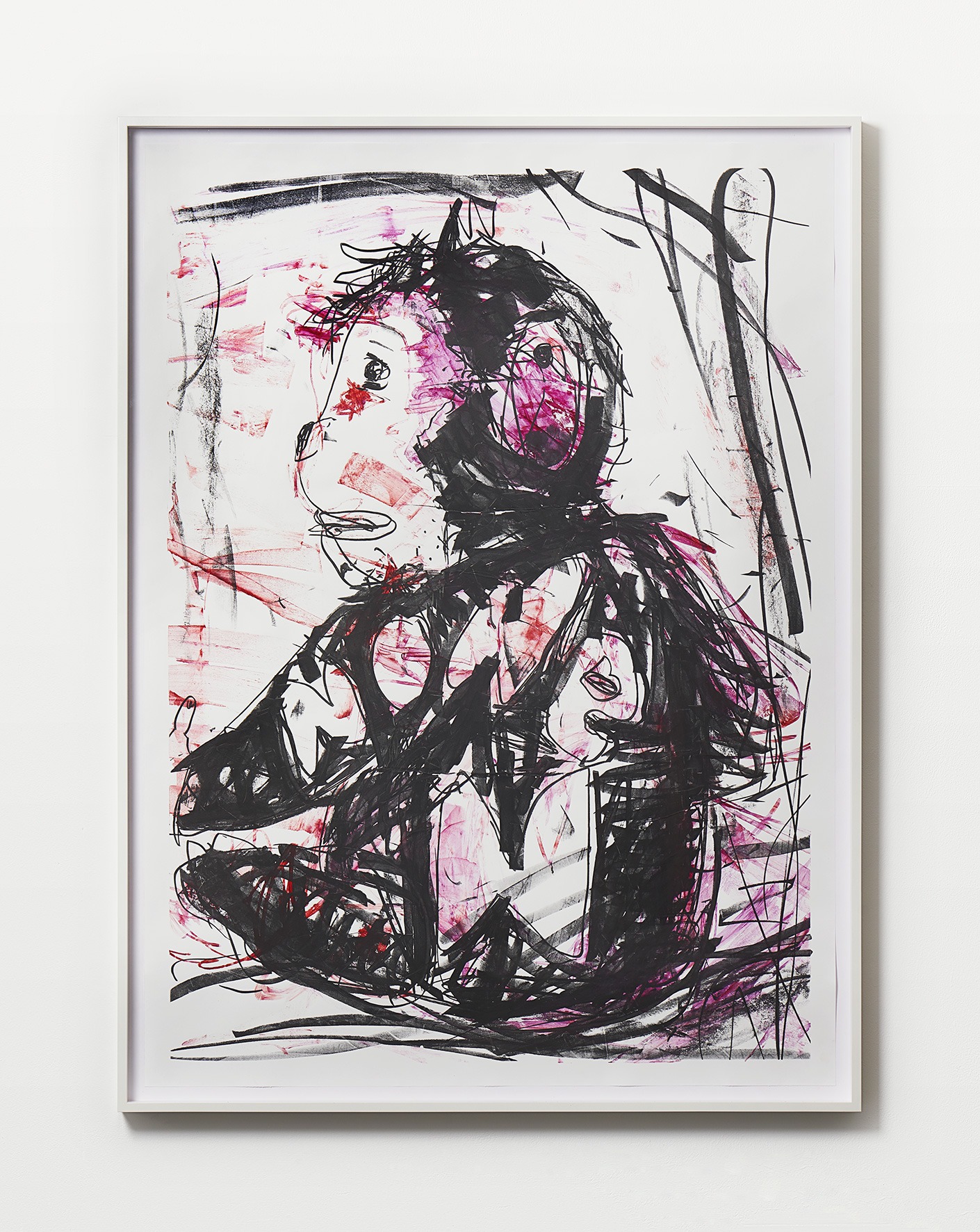 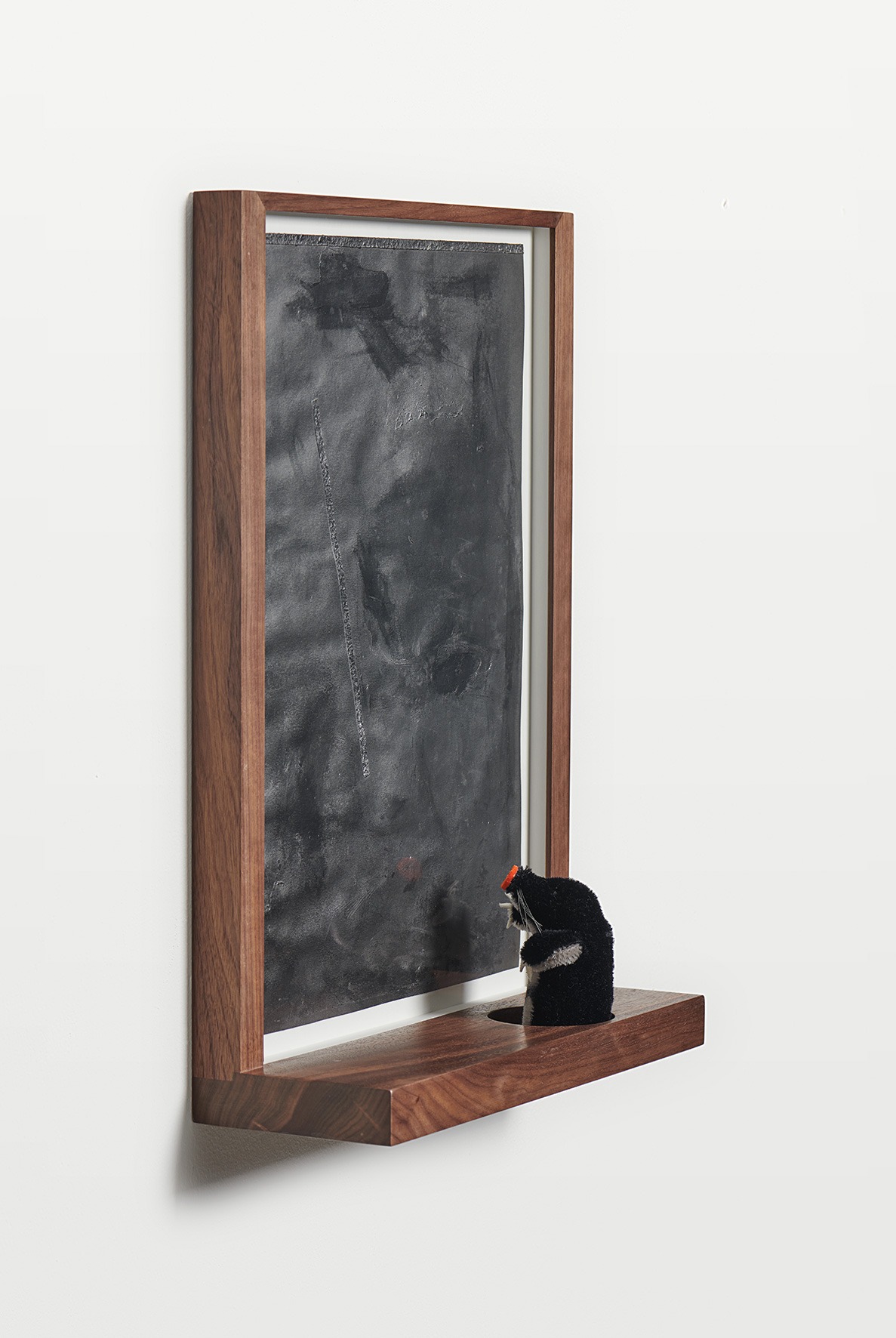 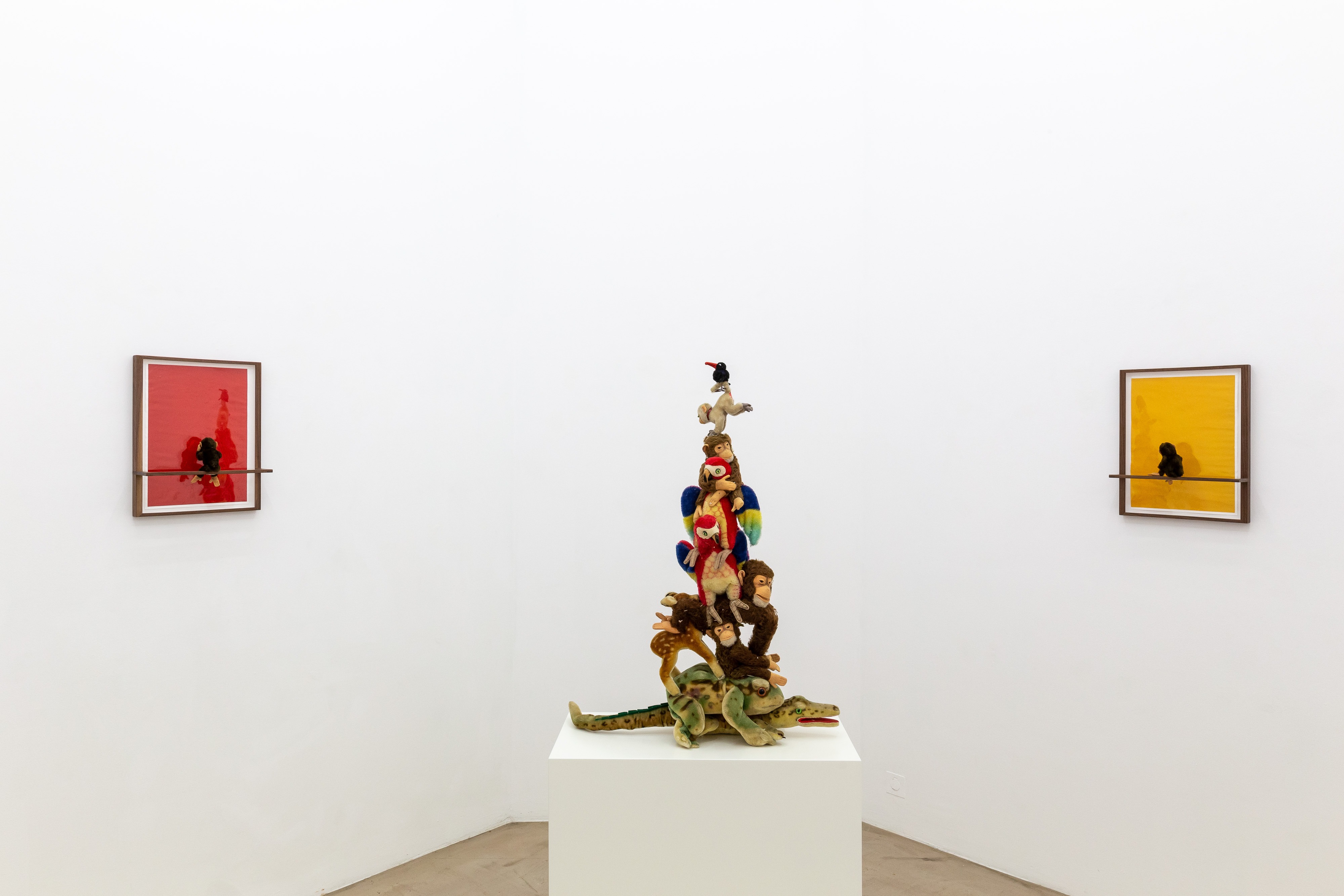 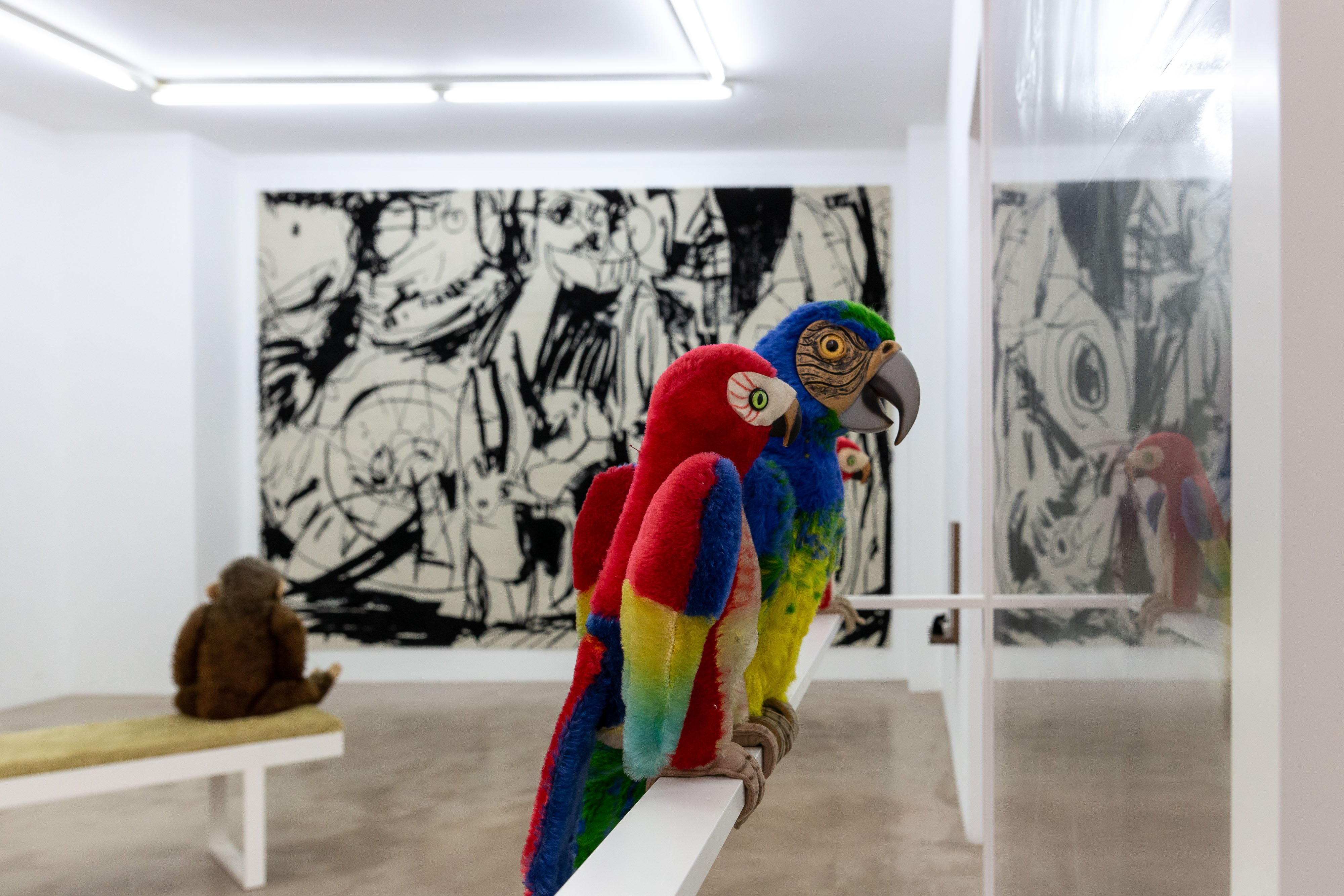