Ruttkowski;68 in Cologne presents a solo exhibition by Milen Till titled Drummer Drama. Drummer Drama is a conceptual show that displays a range of new works created especially for this exhibition within the gallery space itself. Large-scale paintings, each with a different colored ground, are doused with paint. For this conceptual painting method, the artist constructed a drum set out of canvases, which was then played with paint-soaked paintbrushes instead of drumsticks. The canvases are covered with an expressive coloration and at the end of the process empty spaces indicate where the snare drums, tom-tom, hi-hat, bass drum, and cymbals were located. Each canvas is thus painted by playing the drums and the drums themselves can ultimately be seen as an independent work. Each painting follows its own color logic and painterly dynamics, and the drum set bears the traces of every work created. The references to art history are evident—they could be the continuation of Jackson Pollock’s ‚Drip-Paintings` or the next iteration of Hermann Nitsch’s “splatter” paintings—making it clear that the artist is well aware of the system he inhabits and the history connected with it. Despite this—or perhaps because of it—he succeeds in creating something new and establishes his own habitus this artistic field. 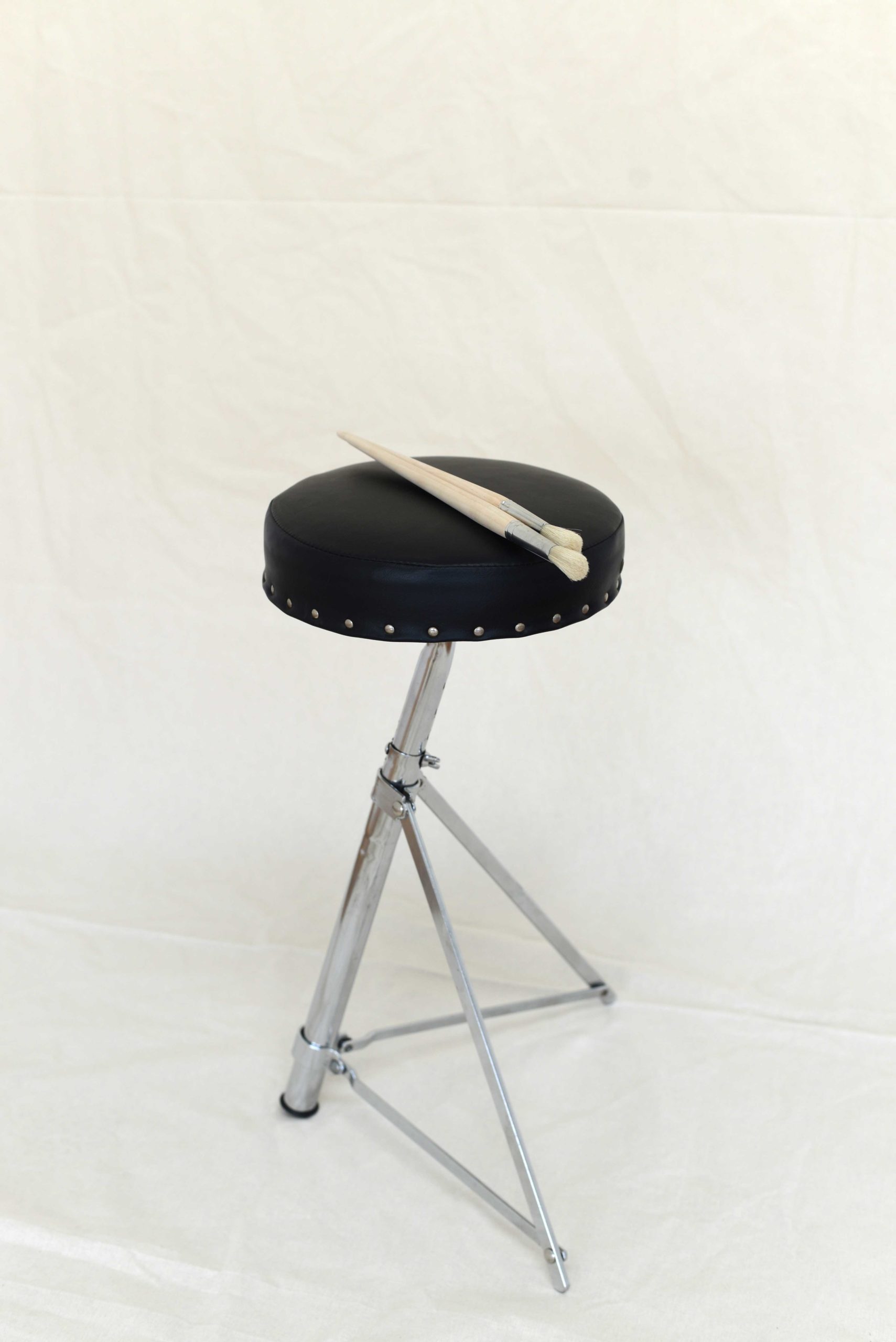 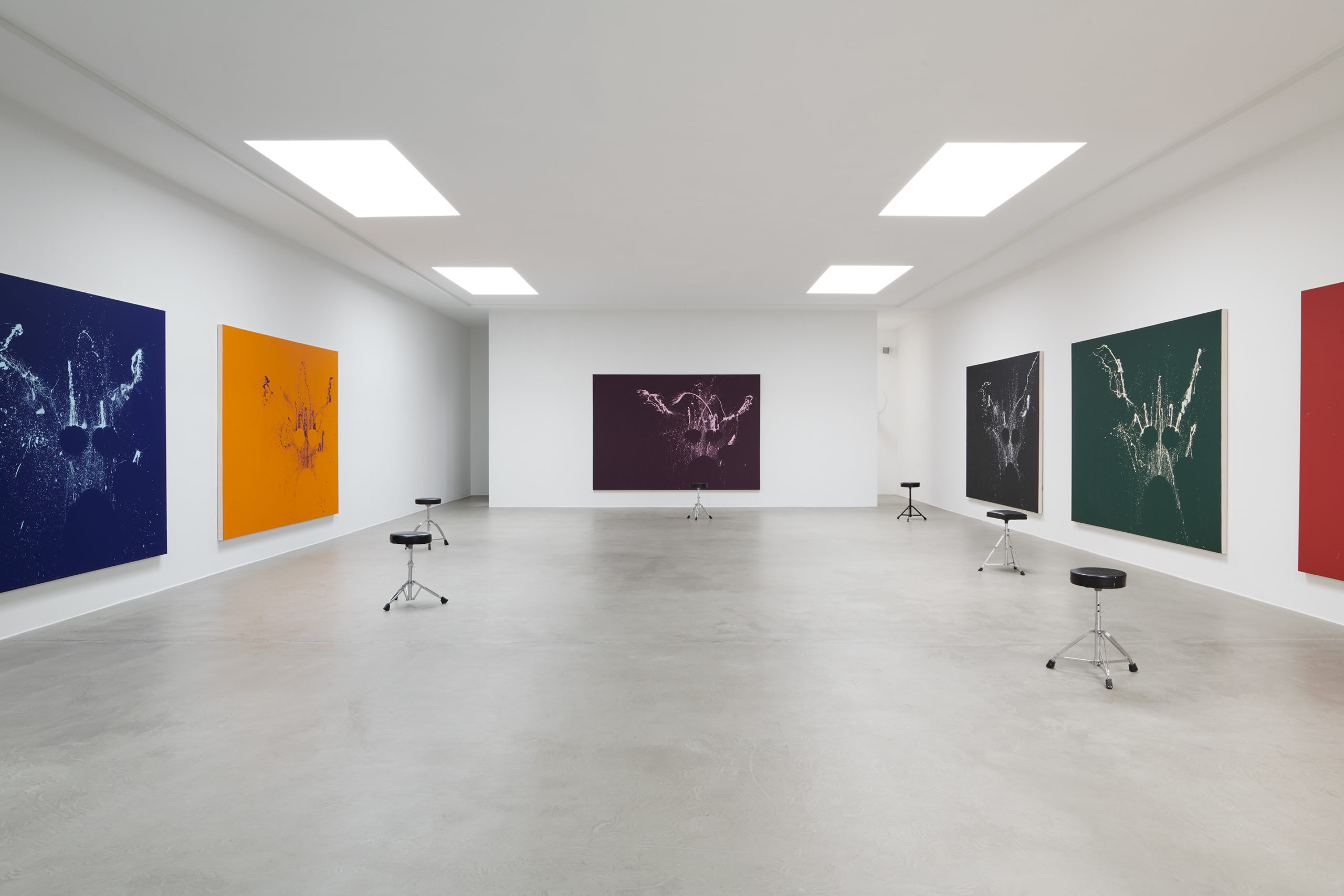