RICHIE CULVERS work has always been conscious of self – a mutualism that has been solemnly diaristic at times, drastically amplifying, or even both. His canvases performed an internal monologue that was wise to it’s self, proudly explicating insecurities and foibles with gratuitous conviction. It was the ego under the influence of the death drive, vacating its conscientiousness with every utterance. What is striking about this new passage, therefore, is the emergence of a self-consciousness that approaches sincerity.

What before had the tonal quality of a hobbyist DJ’s idiomatic cheers has become an artist’s sense of imposter syndrome, or rather, the artist’s hyper-awareness of their work defined by what it lacks and what they, mutually, are not. This is of course a folly. Yet for Richie, the lack thereof has spurned its own creative locus. He embodies the imposter, the loss-maker. The artist-loser.

This may sound like a criticism. It is not. I would posit that the greatest artist-loser to date was Martin Kippenberger; its champion movement was Dadaism. Whether painting himself in the image of Picasso in his underwear or in his life-cast Martin, Into the Corner series of sculptures where he appears as a schoolboy doing penance, Kippenberger identified in art-making a system of failure that to him was the very anatomy of the artist. He became, in Diedrich Diederichsen’s words, ‘Der Selbstdarsteller’ – literally, ‘the self-performer’ – a label that I would apply to Richie in kind.

Kristeva’s notion of the abject allows us to glance still further at the artist-loser, or rather at its correlative, and offer a way into Richie’s latest works. The abject to Kristeva is what a subject must get rid of in order to be a subject at all. To the artist-loser, they must expel the ideas that convince them of their sense of ‘success’ in order to assume an equilibrium that permits them to work. Its correlative is manifest in artists who have held onto their grotesque conceptions of triumph until the work is suffocated in its own plastic excrement, appearing ossified and stale.

Across Richie’s canvases there is abjection at play. We see narratives played out that vibrate with an anxious energy, statements and words that are compulsive, subconscious and honest. Speaking ones mind in order to rid oneself of the thought. Richie’s work is alive with a humanity that is hard to grasp for those people who are married to self-idolatry. To everyone else, we recognize a voice that is unshakably real, but one that can be funny, transformative, and poignant. 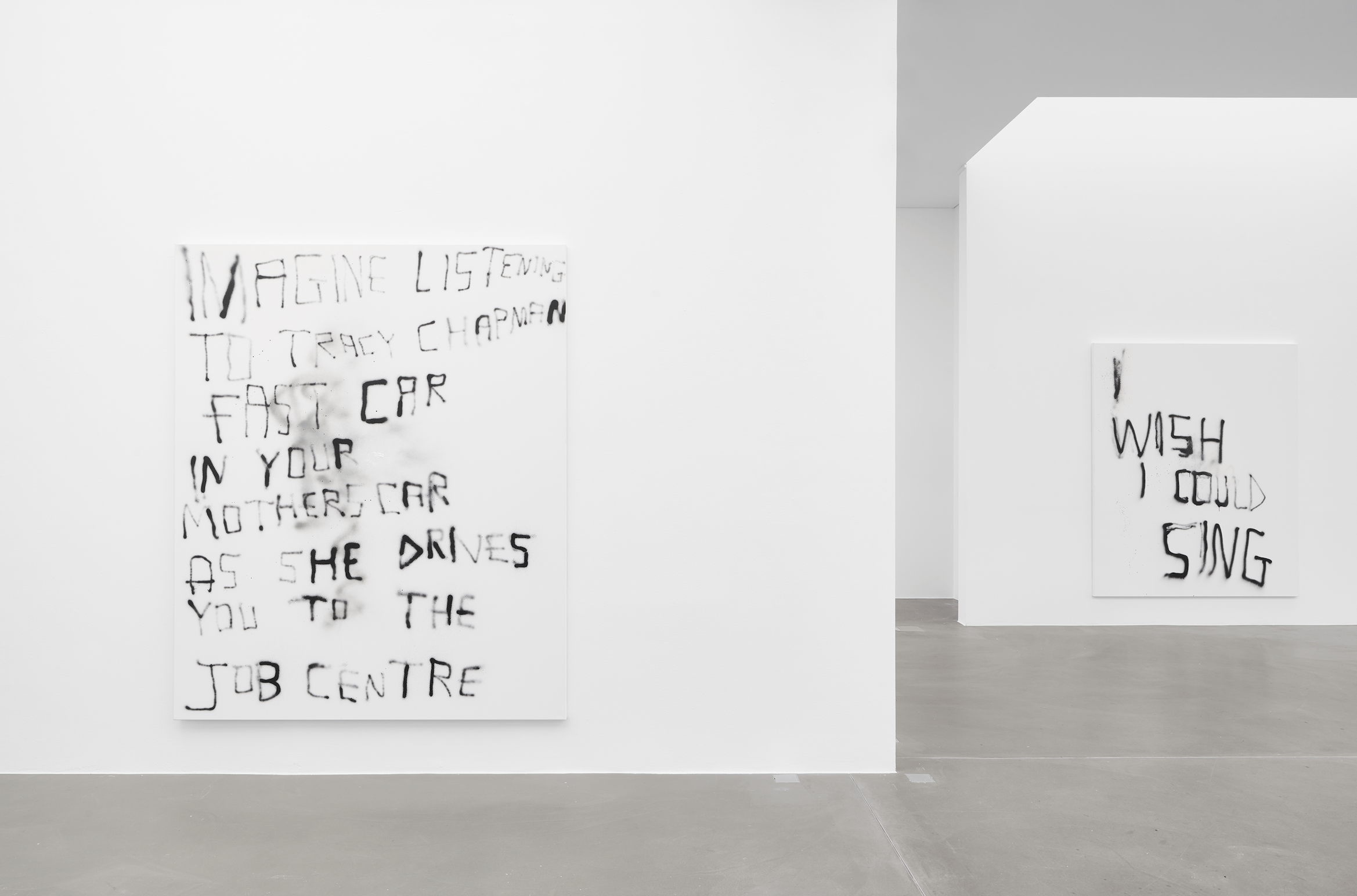 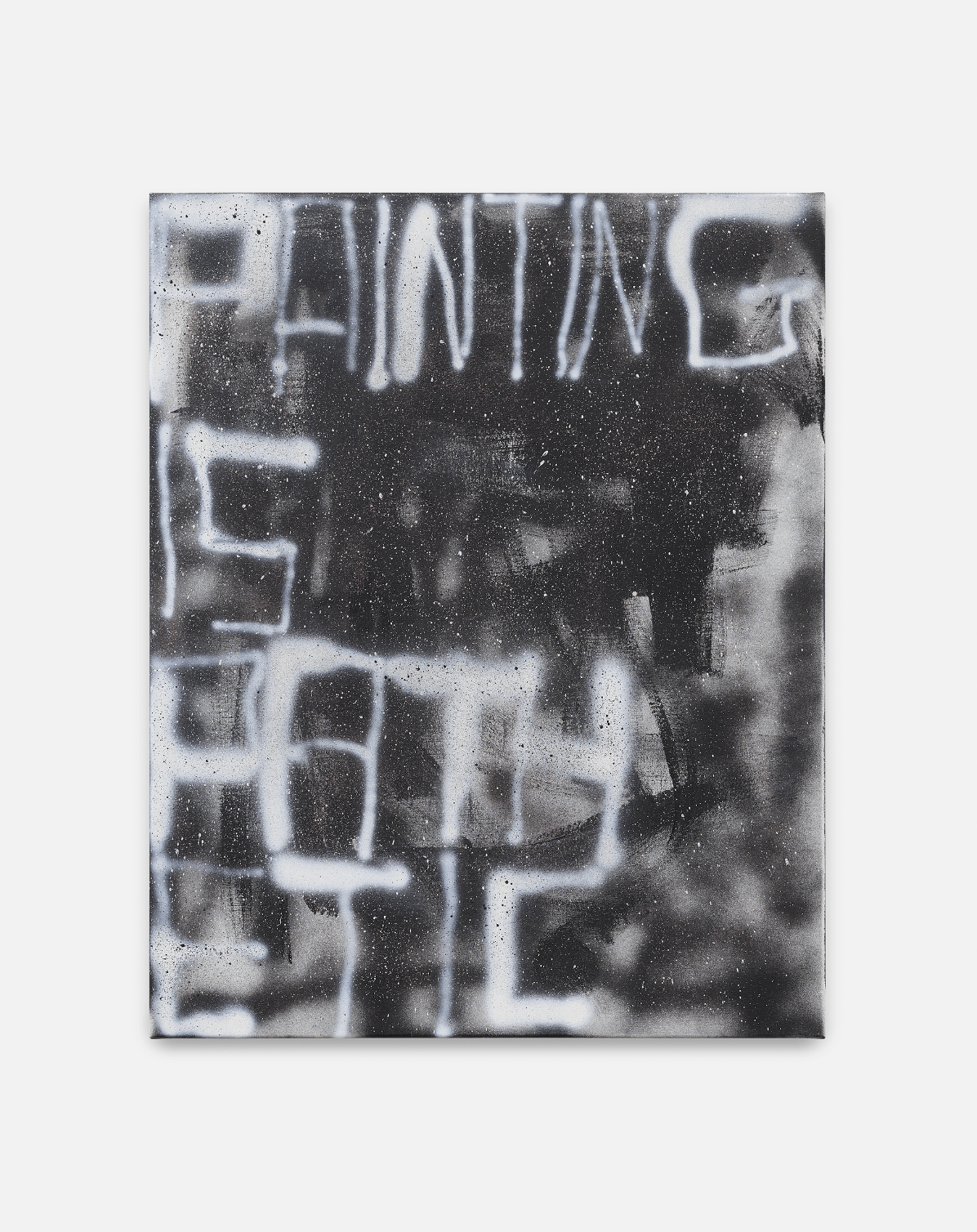 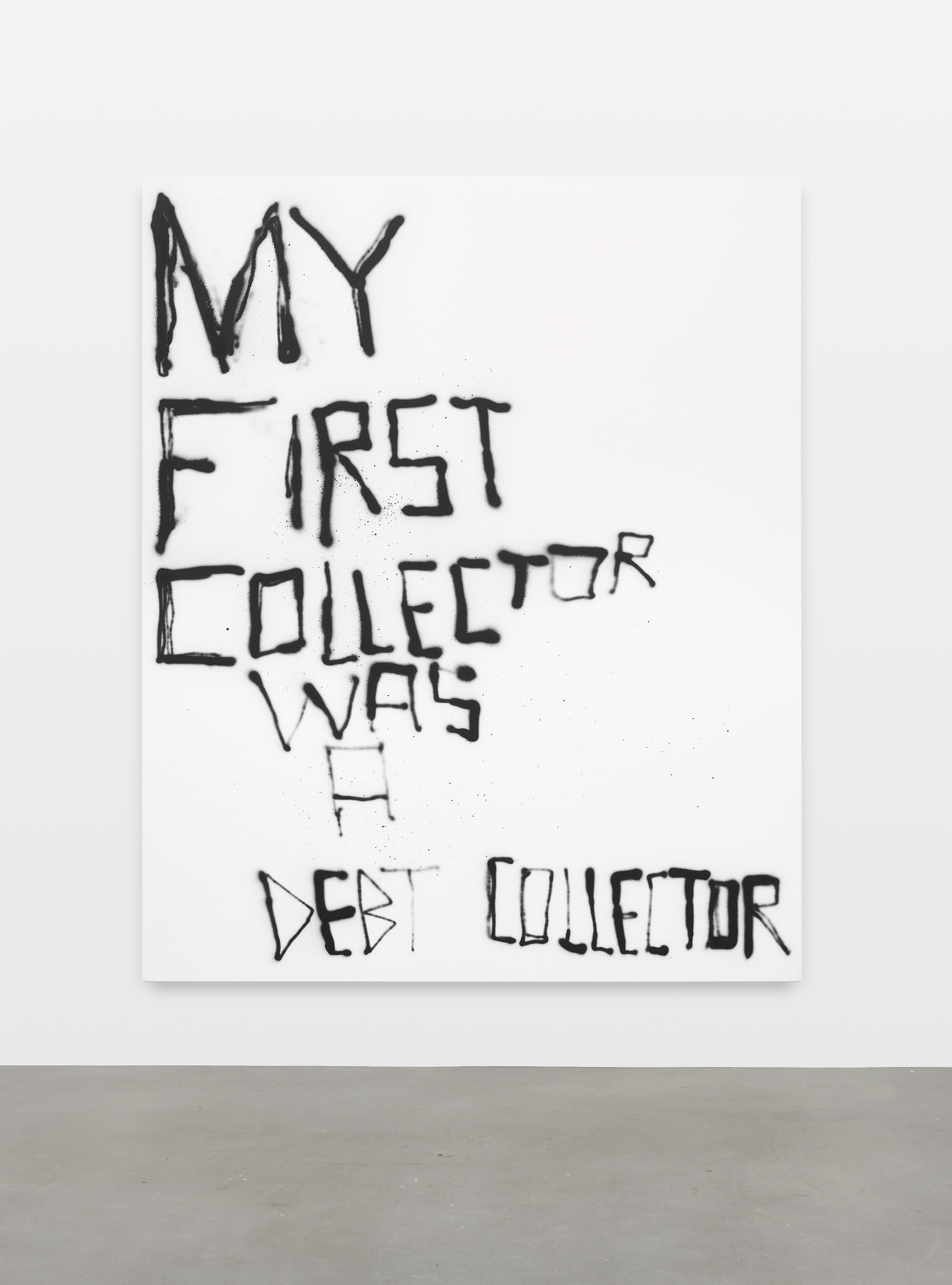 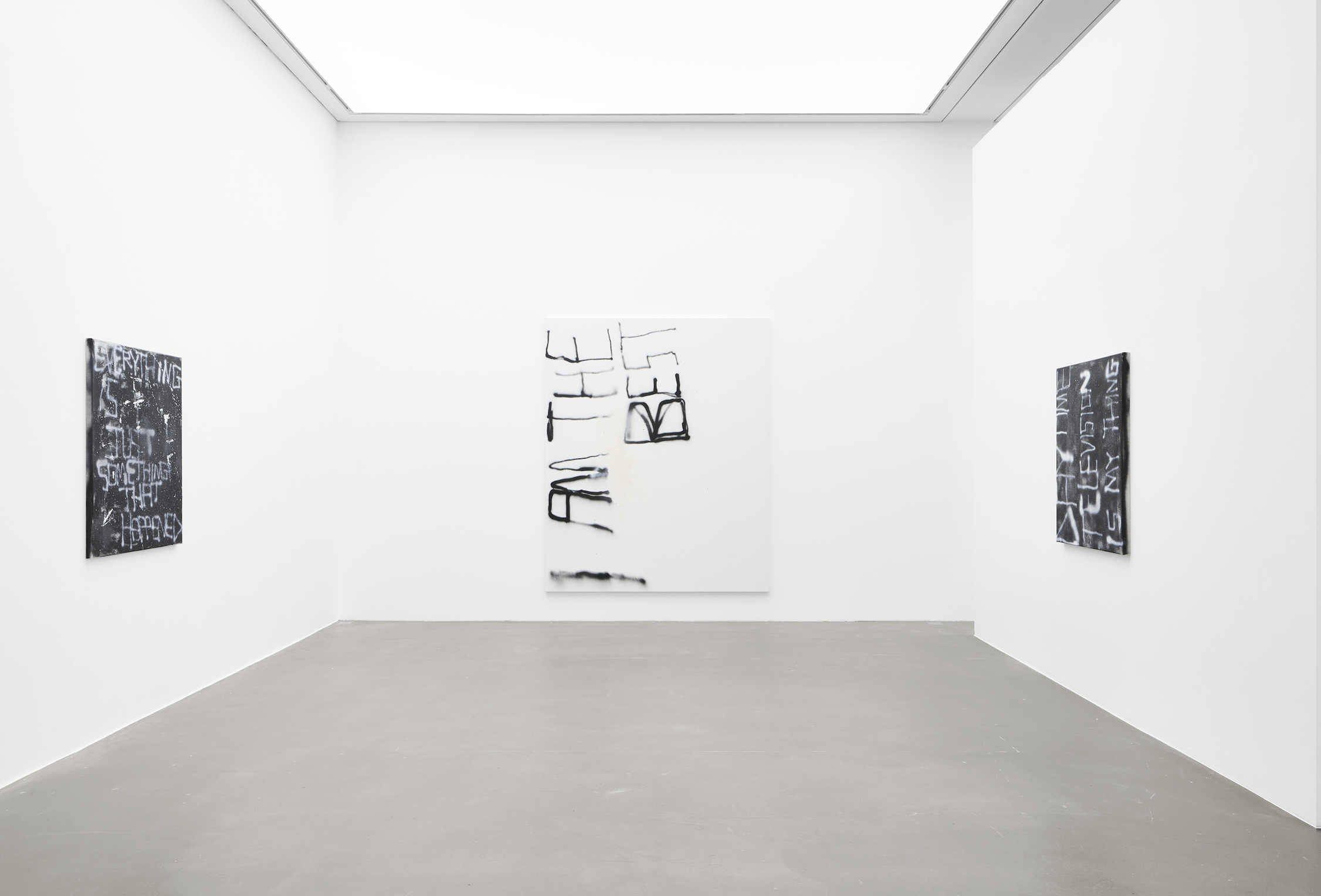 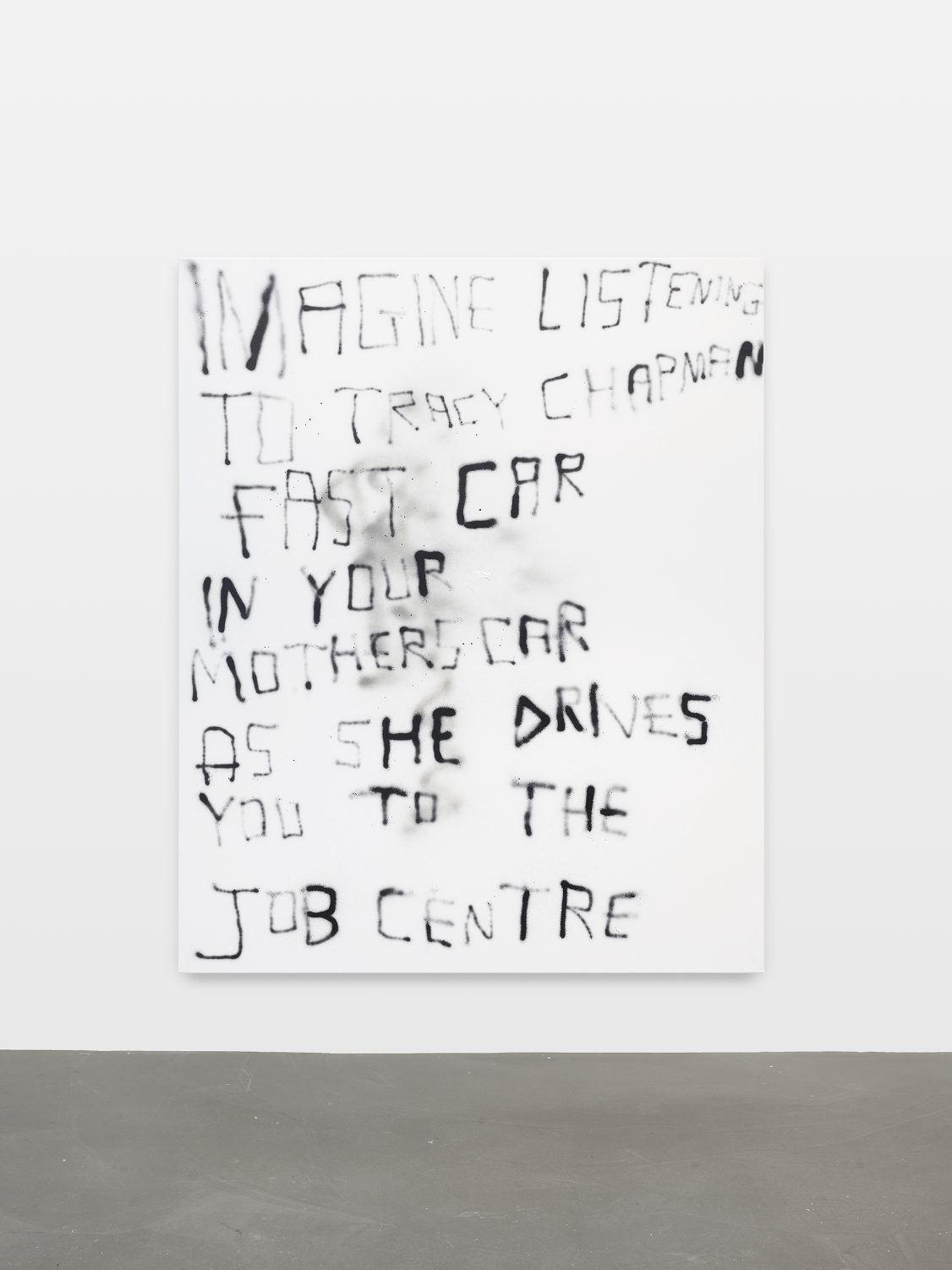